BEREA, Ohio — The NFL has moved to appeal the six-game suspension handed down to Deshaun Watson after deliberating over Monday’s personal conduct judgement by arbitrator Sue L. Robinson, the league announced Wednesday.

This effectively extends the league’s personal conduct case against Watson into next week, and puts the final determination into the hands of commissioner Roger Goodell or any designee he appoints to hear the appeal.

“Under the 2020 NFL-NFLPA collective bargaining agreement, the factual findings of the disciplinary officer are binding and may not be appealed,” the league said in a statement. “Judge Robinson found that Mr. Watson violated the NFL’s personal conduct policy on multiple occasions and suspended him for six games. The CBA affords the NFL or NFLPA the right to appeal the discipline imposed by the disciplinary officer. Such an appeal must be filed within three days and would be heard by the commissioner or his designee.

“The NFL notified the NFLPA that it will appeal Judge Robinson’s disciplinary decision and filed its brief this afternoon. Commissioner Roger Goodell will determine who will hear the appeal.”

The NFL Players Association has two business days to respond to the league’s appeal of Robinson’s decision, after which Goodell or his designee would respond with a final written decision.

That decision could unfold in multiple ways, including the league revisiting the indefinite one-year suspension it initially offered Watson in June and then later suggested to Robinson during her disciplinary hearing. That suspension would have required Watson to apply for reinstatement to the league before he could continue his career. Watson and the union refused that offer prior to the disciplinary hearing, then Robinson rejected it in her decision as well, stating that the NFL was “attempting to impose a more dramatic shift in its culture without the benefit of fair notice” to players about a new standard of punishment. 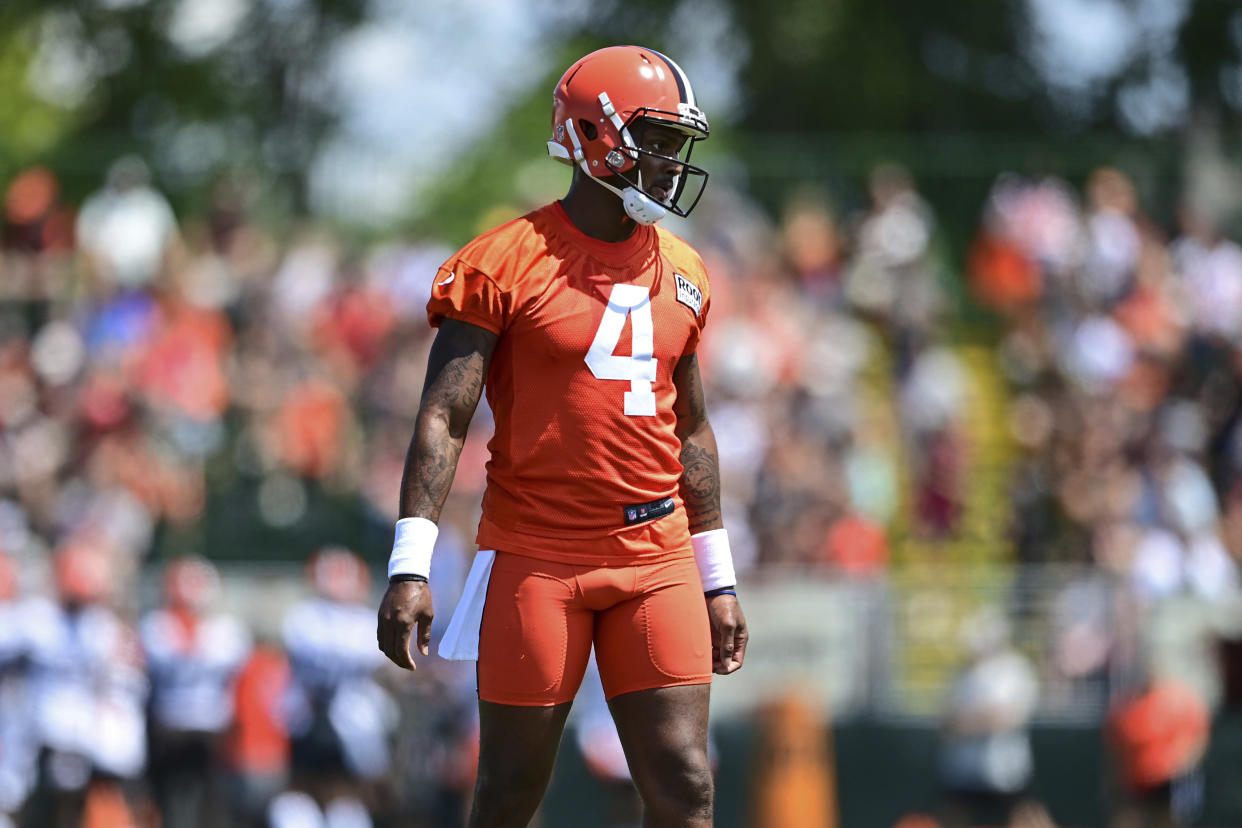 Whatever the decision by the league in this appeal, the collective bargaining agreement states that it will “constitute full, final and complete disposition of the dispute.” In simplified terms, the word of Goodell or his designee will be the final one. It would also effectively paint over Robinson’s arbitration decision, likely raising protests from the players union about the fairness of this new judicial process, which only recently installed Robinson as an impartial arbitrator.

While the collective bargaining agreement states that an appeal to Goodell or his designee would be the last stop in the process, there remains the potential of a federal lawsuit. Two sources familiar with talks between the NFL and Watson’s legal camp previously told Yahoo Sports that Watson’s team and the union have already decided to challenge the NFL in court, should the league appeal Robinson’s decision and then suspend Watson for one year.