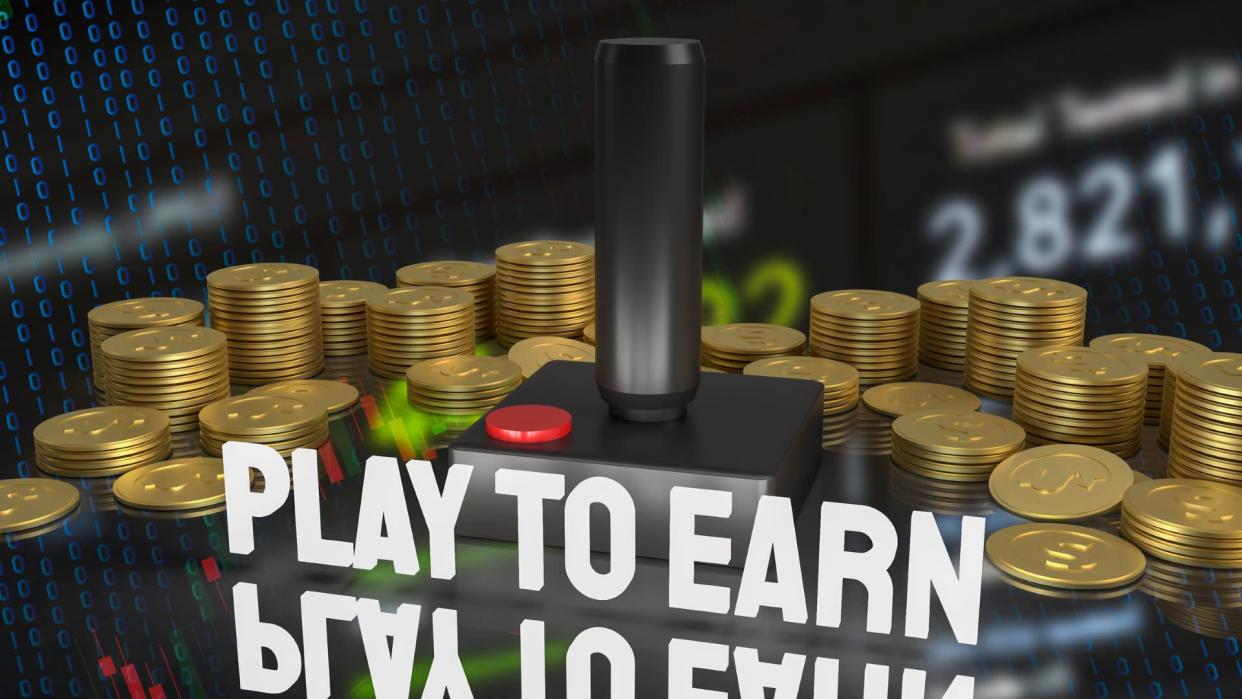 In October 2021, crypto industry watchers scratched their heads as a collection of venture capital firms bet millions of dollars on reNFT, a decentralized autonomous organization (DAO) that helped people rent NFTs on the Ethereum mainnet.

See Our List: 100 Most Influential Money Experts
Looking To Diversify in a Bear Market? Consider These 6 Alternative Investments

That was nearly a year ago, and today the NFT rental market is emerging as the next big thing in the blockchain world — and play-to-earn (P2E) gaming is at the heart of it all.

Who Could Possibly Want To Rent an NFT and Why?

Some NFTs come with exclusive benefits, and reNFT enables owners to monetize those benefits without selling their NFTs, kind of like the blockchain’s version of Airbnb.

When reNFT went shopping for VC funding, it had a shining example of its success to show off to potential investors. It had just facilitated the lending of the NFT collection Stoner Cats. Stoner Cats NFTs give their owners access to an exclusive library of video shorts produced by actress Mila Kunis.

The borrowers wanted Stoner Cats NFTs long enough to watch the videos, but they might not have had the means or the desire to own a Stoner Cats NFT outright. The owners wanted to make money off their NFTs and the content they unlocked, but they didn’t want to lose them forever by selling them.

Like Renting an Airbnb That You Could Never Afford To Buy

The NFTs that represent membership in the most exclusive NFT communities are well beyond the reach of the average person. Cryptopunk and Bored Ape NFTs routinely sell for hundreds of thousands or even millions of dollars.

According to Jumpstart, the NFT rental concept gives ordinary people the opportunity to experience life in the NFT 1% — but only for a while.

Like newlyweds splurging to rent an Airbnb honeymoon mansion that they couldn’t possibly afford to own, regular blockchain enthusiasts can gain temporary access to the industry’s hottest assets via the rental NFT market. Without the rental concept, that world would be far out of reach.

So, Where Does Blockchain Gaming Come in?

P2E games are created on the blockchain and connected to a digital economy. When players add value to the game, they’re rewarded with game assets that they collect as NFTs.

Most games require players to buy NFT assets to start playing and earning. Buying the prerequisite NFTs can be cost-prohibitive — sometimes thousands of dollars. A lot of players want to get in on the action but simply don’t have the cash to buy the required startup NFTs.

That’s where the rental market comes in.

According to BeInCrypto, established P2E gamers can earn passive income by renting their game NFTs to aspiring players. Not only do they collect the fees they charge for the rentals, but they get cuts of the borrowers’ game winnings as well.

What Exactly Are They Renting?

BeInCrypto identified the two asset classes that P2E gamers are most likely to rent. The first is digital land plots in the game itself or in the metaverse. “Landlords” who are heavily invested in digital real estate can rent land and housing to players who need a base of operations in their games.

The second type of rental is for in-game items — things like characters, skins, weapons, pets, gear and tools. By renting items like these, players are better equipped to earn money while they race, fight or farm — a cut of which, of course, goes to the NFT lender.

Same as in the Physical World, Renters Pay and Owners Get Rich

While NFT rentals, P2E gaming and blockchain technology are alien to most people in the mainstream, one storyline is playing out that’s familiar to just about everyone.

According to Fortune, NFT renting is supercharging P2E gaming, giving access to players who would otherwise not be able to afford to get a foot in the door. Along the way, NFT landlords and lenders are getting rich on a steady new stream of passive income. The gamers who can’t come up with the thousands of dollars needed to start playing, on the other hand, are typically left with only a sliver of their earnings after they pay back their lenders.

On the blockchain, as in life, it pays to be the person doing the lending. The borrowing, not so much.

This article originally appeared on GOBankingRates.com: NFT Rentals: The Next Step in Play-To-Earn Games