Cannon stunned his new talk show’s audience when he shared that his infant son with Scott had passed away from brain cancer.

TV personality Nick Cannon stunned audiences Tuesday when he announced on an episode of his new talk show, The Nick Cannon Show, that his infant son had died from brain cancer.

The 41-year-old actor, TV personality and model Alyssa Scott welcomed Zen Scott Cannon in June of this year, theGrio previously reported. Fighting back tears, Cannon addressed his audience directly when revealing that Zen had succumbed to hydrocephalus, a form of brain cancer. 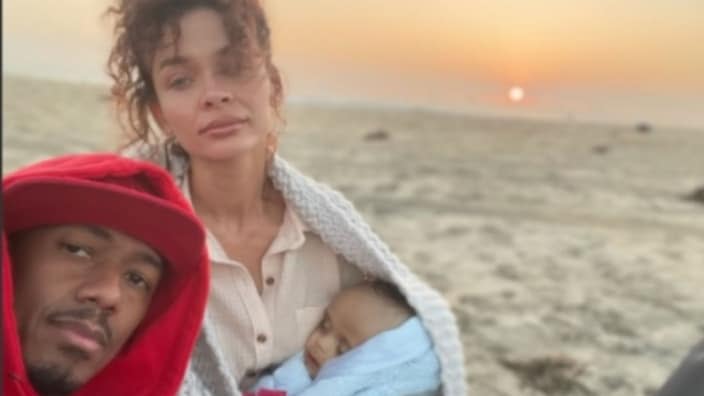 Per People, Cannon thoughtfully saluted Scott, the fourth woman to bear his child.

“Zen’s mom, Alyssa, was just the strongest woman I’ve ever seen,” he said. “Never had an argument, never was angry. Was emotional when she needed to be, but always the best mom and continues to be the best mom.”

Zen was the youngest of Cannon’s seven children. In his monologue, in which Cannon shared the devastating news, he added that he and Scott had the support of their entire family.

The parents spent Zen’s last days at the beach. “This weekend, I made an effort to spend the most quality time with Zen,” Cannon told his audience. “We woke up on Sunday and went to the ocean with him and Alyssa, and then I had to fly back to New York for the show … I got a call on my way to the airport to head back to Zen.”

“I didn’t know how I was gonna handle today,” he said, explaining that he felt compelled to share the story and that he feels “so much faith in God.”

Per Entertainment Tonight, The Nick Cannon Show was expected to shoot two episodes on Monday, including a live one. “Those were both unexpectedly canceled on Sunday, and a pre-taped episode was aired on Monday instead,” a source revealed to the outlet.

Scott also shared a series of videos of Zen Tuesday in her Instagram Story videos. In one of the clips, she says, “Can you say good morning, Daddy? You say I love you.” The infant gives it his best shot at talking, prompting Scott to respond: “Good job. And he loves you too.”

Fans of the couple and a mix of celebrities are offering their condolences on social media. Rev. Bernice A. King wrote on Twitter: “I’m thinking of and praying for #NickCannon and #AlyssaScott. As they mourn their son, Zen, I pray that they are blessed and comforted by memories of him and of their life and last sunrise together.”

Have you subscribed to theGrio podcasts “Dear Culture” or “Acting Up?” Download our newest episodes now!
TheGrio is now on Apple TV, Amazon Fire and Roku. Download theGrio.com today!