“There is no such experience as closure. Our life is now divided into two very distinct parts. The one with Ciara and one without.”

For the family of Ciara Glennon, "there will always be an empty chair at the table".

On Christmas Eve, Ciara's father, Denis, asked the community to keep the Claremont killer's victims and their families in their prayers. 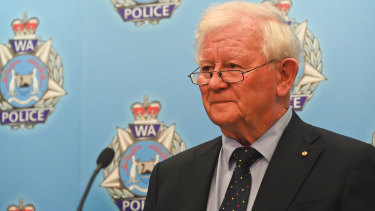 Denis Glennon says his family will try to continue to walk with as much dignity as they can through the nightmare they were catapulted into with death of his daughter Ciara. .Credit:Peter De Kruijff

"I ask that you include in your thoughts and prayers not only the victims, but also include the parents of the convicted person. They, too, are in their own crucible of suffering," Mr Glennon said.

In a dignified and eloquent speech a day after Ciara's killer was sentenced to spend what will likely be the rest of his life in jail, Mr Glennon explained why his family preferred not to speak publicly about his beautiful daughter.

"We do not wish to spend further time on that perverse premeditative predator who, with ruthless determination, sought out and abducted young women to rape and kill simply for his own gratification," Mr Glennon said.

"Instead, we wish to use our time to remember Ciara in a quiet space and to draw strength from her courage and appreciate the gift of her short life of 28 years."

Mr Glennon said it was unnatural for a parent to bury a child, and to have Ciara killed in the prime of her life was the family's worst nightmare. 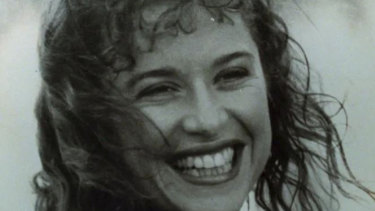 "The suffering is never-ending, it’s unimaginable, it’s indescribable," he said.

"Ciara’s private life is just that, it is private and it is to remain private. Una, Denise and I and Ciara’s close friends know what kind of person she was. Our memories of Ciara are precious and are sacred."

He said he did not need to revisit intimate details of the horrific circumstances of her murder and how bravely she fought to save herself, which were revealed in depth during the trial.

"These details are well documented in the 500-plus pages of Justice Hall’s verdict so there’s no need for us to augment these details and, quite frankly, it’s just too hard," he said.

Mr Glennon, never uttering the name of his daughter's killer, said he had been asked if the judge's sentence of life in prison with a minimum of 40 years behind bars gave his family closure. The concept of closure, he said, was nonsensical.

"There is no such experience as closure. Our life is now divided into two very distinct parts. The one with Ciara and one without. There will always be an empty chair at the table, especially birthdays, anniversaries and times of celebration just like now, Christmas," Mr Glennon said.

He said Ciara's family believed the sentence handed down on Wednesday was appropriate and just. They were pleased the person convicted was never going to hurt another. 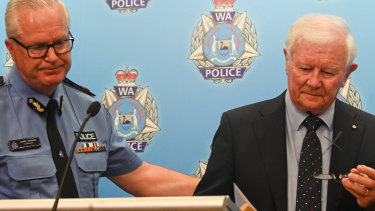 "It is apparent from the spontaneous applause, unexpected applause, that the people of Perth want the convicted person never to be released from prison. My family concurs," he said.

Mr Glennon paid tribute to the two survivors of sex attacks which took place before the Claremont killings, who bravely took to the stand on Wednesday to deliver powerful victim impact statements.

Mr Glennon explained that he and his wife Una and daughter Denise preferred not to make a statement in court.

"Deep grief is a very personal and private journey, especially for parents of a child that was horrifically murdered," he said.

"We formed the view there was no necessity to share the details of that journey in the very public environment of the courtroom."

He said the family would continue to walk with as much dignity as they could muster, and were at peace with the circumstances in which they found themselves. It was what Ciara would have wanted.

Ciara's killer will likely die in jail after he was sentenced to two life terms with a minimum non-parole period of 40 years for the murders of Jane Rimmer and Ms Glennon.

WA Police Commissioner Chris Dawson said he would not be turning his mind to the killer at all this Christmas, nor what his life would be like now in prison.

"I’d rather do that for our families and our loved ones and he can reflect on that himself," he said.

Mr Dawson said police would continue to pursue what remains an open investigation into the homicide of Sarah Spiers.

"That is an open file for us, I’ve made that very clear to the community and particularly to the Spiers family, we are not going to stop, we are going to continue to investigate on that matter," he said.

The state government approved a reward of up to $250,000 in 1997 for information leading to the whereabouts of Sarah Spiers.

A breakdown of the sentences (to be served concurrently):