Now it’s £1.3billion! Bill for HS2 goes up yet again after Covid delays and plans to scale back size of Euston terminal

The cost of delivering the first phase of HS2 is set to soar by £1.3 billion, the Government has admitted.

Rail minister Andrew Stephenson announced the increase during his regular update to Parliament on the controversial £100 billion high-speed rail project.

He said ‘cost pressures’ of about £800 million reported at the previous update had risen by another half a billion pounds to £1.3 billion.

The increase is understood to be down to delays caused by the Covid-19 pandemic, and spending on plans to scale back the size of the terminal at London’s Euston Station.

It will now be ten platforms rather than eleven. The aim to have 17 trains coming and going every hour from the hub, which will link the capital with Birmingham and Manchester, remains. 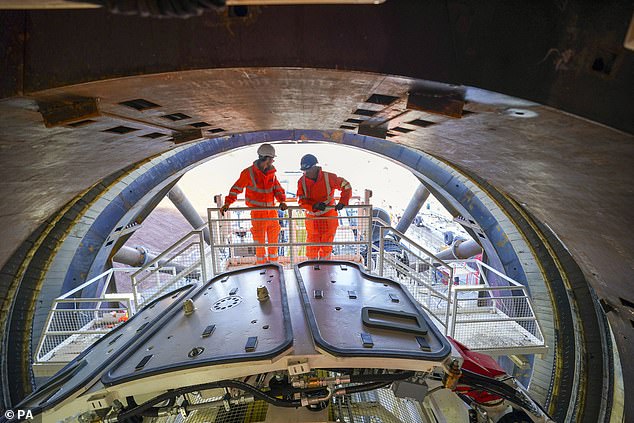 The cost of delivering the first phase of a controversial high-speed rail project, HS2, is set to soar by £1.3 billion, due to delays caused by the Covid-19 pandemic and plans to scale back size of Euston terminal

The ballooning cost of delivering the UK’s biggest infrastructure project will reignite fears among Treasury officials that spending is spiralling out of control.

Sources have already raised concerns about ‘astronomical’ costs, which have tripled to more than £100billion over the past decade, and the Treasury is understood to want HS2 scaled back.

The Department for Transport (DfT) and HS2 Ltd, the company set up to deliver the project, insist the project remains ‘within budget and schedule’ because the extra costs will come out of so-called ‘contingency funds’ which were factored into the overall budget. 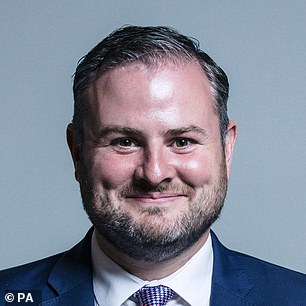 But Labour peer Lord Berkeley, a long-time HS2 opponent who believes it could end up costing more than £150billion if completed in full, said: ‘This shows that it’s a blank cheque for this vanity project and almost nothing for the wider railway.

‘Ministers need to make a brave, sensible decision to scale it back and spend some of the money on local schemes that would make more of a difference and could be delivered in less time.’

Mr Stephenson also revealed that the bill for dealing with HS2 protestors has hit up to £80million.

He said: ‘Regrettably, some protesters have turned to violent and aggressive behaviour, particularly against HS2 Ltd’s supply chain.

‘The government is taking steps to ensure that illegal protestor activity is properly dealt with and that safety risks are minimised.’

It took an entire month to remove activists from a network of tunnels dug near Euston station earlier this year. Among the protestors was Dan Hooper, also known as Swampy. 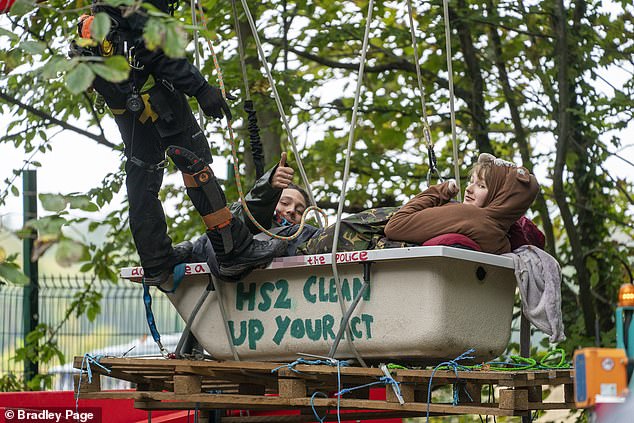 Earlier this month Transport Secretary Grant Shapps gave his strongest hint yet that HS2’s eastern leg, which alone could cost £40billion, will be scaled back to save money.

He said ministers will not ‘blindly follow’ plans drawn up almost two decades ago when asked if the eastern leg will be scrapped.

HS2 will link London to Birmingham in Phase One before forking into two sections.

Of these, the western leg connecting Birmingham with Manchester is expected to go ahead.

But the eastern leg connecting Birmingham with Leeds looks set to be scaled back or mothballed.

It is thought a high-speed rail link between Manchester and Leeds will likely be prioritised instead.