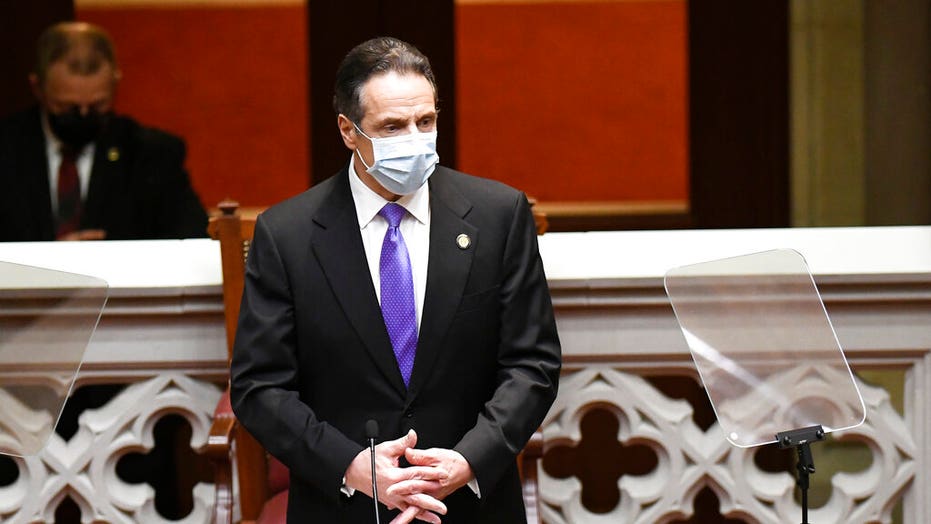 Sheriff deputies will go to the homes of every traveler in NYC coming from the U.K.: De Blasio

Video shows a homeless man creeping up on a female staffer for New York Gov. Andrew Cuomo moments before he allegedly bashed her over the head with a cinderblock near a New York City construction site.

The video, obtained by the Post, shows a man following a woman and raising a chunk of concrete over his head. Then he rushes at her.

The attack left Cavanaugh unconscious with a 2-inch-deep wound, and she needed stitches, according to the report. She is expected to survive.

Cavanaugh works for the governor’s office doing recruiting and appointments, according to her LinkedIn profile. The governor’s city offices are just a few blocks away from where the attack happened.

It's not the first time one of Cuomo's staffers has been the victim of violent crime in the city.

Carey Gabay, a former lawyer for the governor, was struck in the head and killed by a stray bullet during a suspected gang shootout at a Brooklyn festival called J'Ouvert in 2015.