An obsessed fan who left James Bond star Naomie Harris ‘petrified’ will be kept under house arrest and be monitored by a ‘stalking centre’ after avoiding jail.

Ii Ovisyonairo Ii, 37, tracked the actress who plays Miss Moneypenny to her North London home and left her fearing he would break in and attack her.

Harris, 44, suffered panic attacks and now struggles to sleep after her ordeal at the hands of the farm labourer from Denmark, Wood Green Crown Court heard.

The Cambridge-educated actress has appeared in Hollywood hits including Miami Vice, Mowgli, 28 Days Later, and the Pirates Of The Caribbean series.

She will appear alongside Daniel Craig in the Bond film No Time To Die next year. 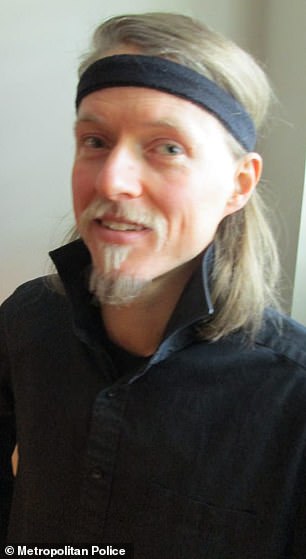 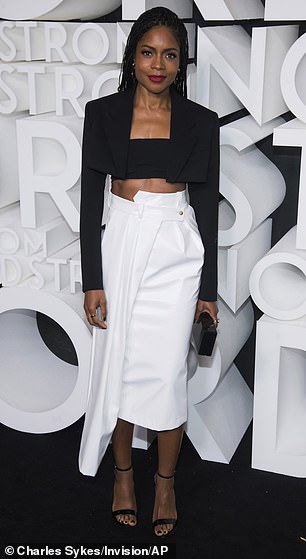 He said: ‘Ms Naomi Harris is a highly successful and well-known actor, she has a highly public profile.

What was Ii Ovisyonairo Ii sentenced to?

He was sentenced to 24 months in prison, suspended for two years.

An indefinite restraining order was also imposed to prevent any contact directly or indirectly with the victims.

‘But that being said both Naomi Harris and her mother are entitled to live their lives without being stalked and harassed in the manner you persisted in, particularly Naomi Harris.

‘I find there was a high degree of planning which was clever, sophisticated and meticulous.

‘Secondly, the harassment and stalking of Carmen and Naomi Harris was both persistent and protracted.

‘One might say she has suffered a great deal of distress as a consequence and has had to significantly alter her lifestyle.’

Ii had tried to contact a string of famous women before deciding to plague Harris with love letters containing ‘highly sexualised’ references in February last year.

Ii booked a Reiki healing session with Carmen Harris before sending a number of messages from an encrypted email address.

He told her mother he was ‘entitled’ to meet her daughter and it was a ‘human right’.

He also sent an 11-page ‘heavily fragranced’ letter on red paper declaring ‘she was the one’.

Ii turned up at Harris’s home on February 28 while she was on the phone to a friend.

The farm labourer has a clear diagnosis of Asperger syndrome but does not present any risk of violence, the court heard.

He has difficulty in picking up ‘social cues’ and lives in social isolation.

Philip McGhee, prosecuting, said: ‘Her friend described Harris dropping her voice, whispering in a terrified tone that the man who had been stalking her was at her front door.’

Harris changed the locks to her home and fitted a new security alarm. She now asks taxi drivers to wait until she has reached her front door.

‘She doesn’t feel safe when she goes out and struggles to sleep,’ said Mr McGhee. 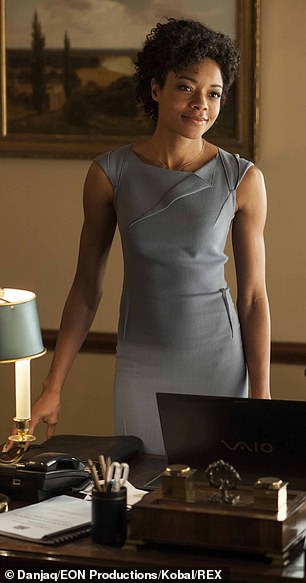 ‘She is going to be looking over her shoulder until she knows the defendant can’t hurt her.

‘She is genuinely petrified about what he might do to her and doesn’t feel safe even when she comes home.’

Ii was eventually arrested by police at a farm called Valhalla near Canterbury, Kent, where he was living.

Officers found he had passports in different names and women’s clothing, a dossier on Harris with 49 photos of her and her home, and letters from a glamorous lady from Rio de Janeiro, rebuffing his advances.

‘He had a fixation on other women, glamorous women, women in the media,’ said Judge Noel Lucas QC.

Ii changed his name from Anders Christian Nymand by deed poll and was known to friends as Christian. He has never had an intimate relationship, the court heard.

The farm worker tearfully apologised to Harris and the court, saying he was ‘totally remorseful’ and never meant to cause her stress.

Li appeared via video link from HMP Pentonville where he has spent seven months in custody wearing a grey jumper over a red polo shirt. 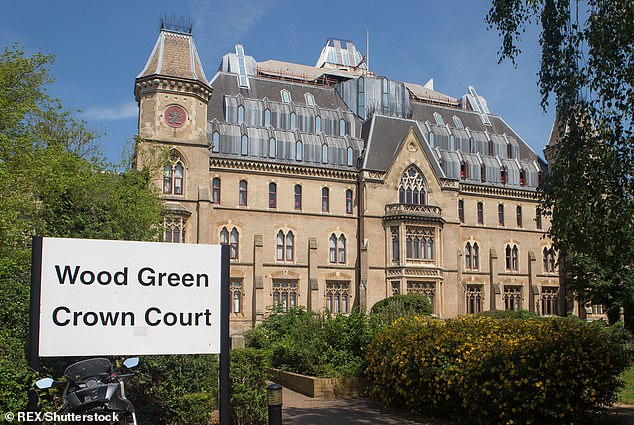 Addressing the court in a Scandinavial accent before the sentencing began, he said a GPS tag would be ‘distressing’

Judge Lucas replied: ‘I am aware of your history Mr Ii Ii. My concern is that I must ensure the public is protected as best I can protection the public from you to any other woman.

‘You developed an obsession with Ms Harris and that caused a huge amount of distress.

‘You for a while formed a similar interest in a glamorous lady from Rio de Janeiro, so I am concerned that your psychological condition and your behaviour is controlled and monitored both for your own protect and indeed for the protection of others, so that’s the plan, thank you.’

Ii said:  ‘I just wanted you to know that I do not have any history of threats or any other sexual history, I would find it distressing to have to wear a tag.’

Judge Lucas replied: ‘Well Mr Ii Ii I’m very sorry that you find it distressing to wear at tag but you will have to wear a tag. I’m sure Ms Naomie Harris found it very distressing that she had you on her doorstep, thank you very much indeed.’

Ii has admitted two stalking charges against the actress and her mother.

He was sentenced to 21 months with an electronically monitored curfew at an address in Poole, Dorset, between 11am and 12pm, 3pm and 4pm and 7pm to 6am for the next 12 months.

He must complete 50 hours of rehabilitation activity requirement, which will include psychological intervention by the Stalking Threat Assessment Centre.

He will be subject to trail monitoring GPS requirement for 12 months ‘to make sure your movements are documented.

He must not travel any further than 20 miles to be enforced for the next 12 months.

He must complete 300 hours unpaid work within the next 12 months as a punishment and to ensure he does not feel isolation during his sentence.

Judge Lucas added: ‘Should any part of this order not be workable it should be returned to this court as soon as possible.’

Ii’s sentence will be reviewed before the judge in a private hearing on 11 January 2021.

After the hearing, Detective Inspector Paul Ridley said: ‘Today’s sentencing was the result of a focused investigation by my officers to protect the victims and bring the offender to justice.

‘The judge clearly recognised the high degree of planning, deeply troubling and unsettling behaviour of the defendant.

‘We are very pleased with this result, and that the defendant admitted his conduct. His offending really impacted upon the victims, who now ask for their privacy to be respected at this time.’