Date rape drugs – including those used by one of the country’s most prolific sex attackers – are being openly sold online and shipped to the UK by ‘express delivery’, a Mail investigation has found.

Internet pharmacists said Britain had become one of its ‘top destinations’ for sales of Rohypnol and GHB, which are illegal in the UK without a prescription.

Undercover reporters were offered them prescription-free by four separate dealers, who promised ‘secure’ delivery and a ‘100 per cent success rate’ to anywhere in the UK in as little as 24 hours. 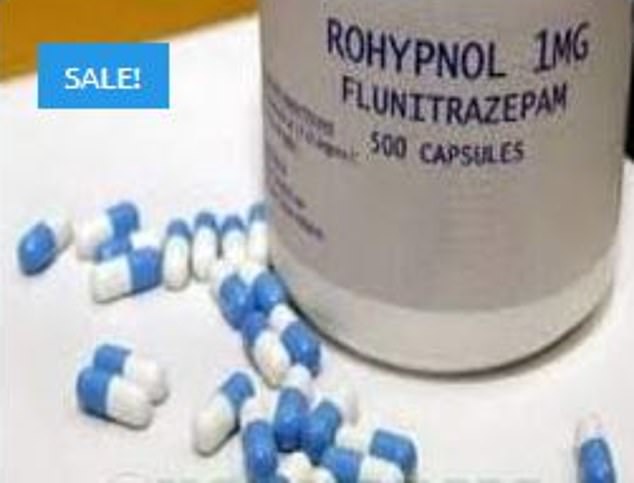 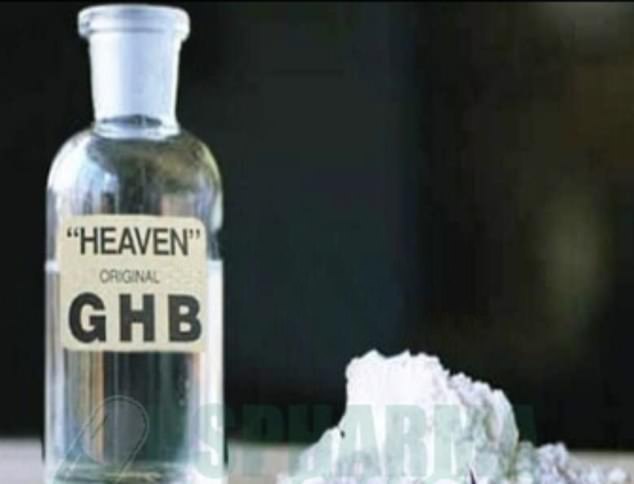 One said they vacuum-packed the banned substances ‘to ensure no one can detect what’s inside’ before putting them in ‘padded envelopes with heat-sealed sachets’ to avoid detection.

It comes amid growing concerns the drugs are being used in sex attacks, with police saying there were 198 reports of drink spiking in September and October across the UK, plus 24 reports of some form of injection.

Home Secretary Priti Patel announced in March that she would crack down on GHB and related substances after warning they had been used in some ‘truly sickening crimes’, including murder, sexual assault and robbery.

But with a simple Google search, the Mail found a string of websites openly selling the drugs, with one showcasing a ‘hot products’ page where other restricted substances including MDMA and Valium were also available to buy. After sending online messages posing as a potential buyer to a US-based site, reporters were offered hundreds of pounds worth of Rohypnol and GHB, without a prescription.

High demand for GHB had caused another dealer to sell out of the drug, with new stocks expected next month.

Powdered GHB was available from $40 (£30) a gram, while the sellers offered 100 pills of Rohypnol for $250 (£184). The dealers, who only accepted payment in the untraceable cryptocurrency Bitcoin, boasted about speedy delivery, with one claiming to have a ‘very fast and easy’ ordering process.

One said he sold to UK customers every day, and they now made up half of his customers.

The date-rape drugs are sedatives which can be used legally to treat insomnia if prescribed by doctors. Criminals caught trying to distribute Rohypnol in the US can face up to life in prison and a maximum fine of £3 million.

But one said: ‘All orders are packaged very discreetly in padded envelopes with heated sealed sachets inside and no mention of product names or the website name on the outside of the package.

‘The UK is one of our top destinations for delivery from the US.’

Another said: ‘Four days maximum for overnight delivery so you receive your package ASAP. We first of all do vacuum packaging to ensure no one can detect what’s inside. We have a 100 per cent successful delivery rate to UK.’

Reynhard Sinaga, the UK’s most prolific rapist, was jailed in January 2020 for drugging and raping 48 men after lacing their drinks with GHB.

Sinaga is believed to have attacked at least 195 men and was convicted of drugging his victims and filming himself sexually violating them while they were unconscious.

The student was jailed for 60 years and must serve a minimum of 30 years before he can be considered for parole.

Serial killer Stephen Port was branded ‘wicked and monstrous’ by a judge after luring four young men back to his flat and poisoning them with lethal doses of GHB. He was given a whole life prison term in 2016.

Black-cab rapist John Worboys plied women with alcohol laced with sedatives before attacking them in his hackney carriage.

He is believed to have attacked more than 100 women before he was jailed in 2009.

In March, Miss Patel said she would tighten the restrictions around GHB and related substances by moving them from class C to class B, meaning tougher penalties for unlawful possession of the drug. She pledged to do ‘everything in my power’ to protect people from harm from the drugs.

Criminals can face up to 14 years in prison and an unlimited fine for the supply and production of class C drugs. Those caught possessing Rohypnol – known as ‘Roofies’ – without a prescription face two years in jail.

The investigation is a further indication of how illegal drugs can be easily obtained on the internet. Last week the Mail revealed how hundreds of drug dealers were openly selling potent cannabis to teenagers via social media.

I was treated like just another drunk student following club attack

A student says she needed 20 minutes of CPR after being ‘spiked’ in a nightclub.

But Rhiannon Smith, 19, said police and medical staff treated her as ‘just another drunk student’ and failed to run tests to look for anything in her system.

The undergraduate – who is studying for a policing degree – says she drank three single vodka Red Bulls during a night out. But then her hearing suddenly became muffled and the room began spinning.

She said when her friends took her home, her pulse had ‘stopped’ so they dialled 999 and were told to perform life-saving chest compressions for 20 minutes until an ambulance arrived. 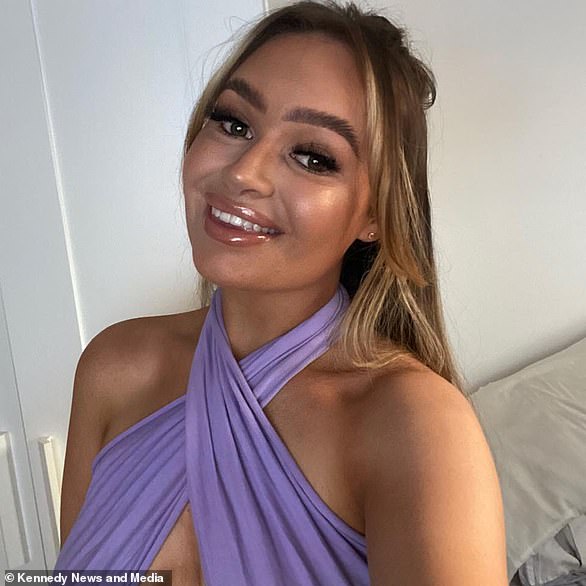 Rhiannon Smith, 19, said police and medical staff treated her as ‘just another drunk student’ and failed to run tests to look for anything in her system after she was rushed to hospital following being spiked in a Lancashire nightclub

Last month’s alleged spiking took place during a night out at Alpine Club Lodge in Ormskirk, Lancashire. The Edge Hill University student said when she awoke at Southport and Formby District General Hospital, nurses told her she’d had too much to drink and they were unable to test if she’d been ‘spiked’.

‘I feel like they discriminated against me as just another uni student that drank too much, but I know I was spiked,’ she added. She praised the venue, saying staff had checked CCTV for anything suspicious, but questioned why police hadn’t taken samples.

Lancashire Police said it took reports of spiking ‘extremely seriously’ and had spoken to Miss Smith and ‘looked at all possible lines of inquiry’.

Southport and Ormskirk Hospital NHS Trust said she had been ‘treated in line with her medical condition on arrival at A&E’. The Alpine Club Lodge said its measures to avoid spiking included free cup covers and a ‘drugs dog’ to ‘put customers’ minds at ease’.