Cancer stricken grandfather, 71, is left lying on floor in rain for THREE HOURS while waiting for ambulance after suffering suspected broken leg

A cancer stricken grandfather who collapsed with a suspected broken leg was forced to lie in the doorway of his home for three hours waiting for an ambulance.

David Kilgallon, 71, collapsed at the back door of his home in Batley, West Yorkshire, during heavy rain at around 5pm on Wednesday.

His wife rang 999 but it wasn’t until 8pm that paramedics from Yorkshire Ambulance Service arrived. 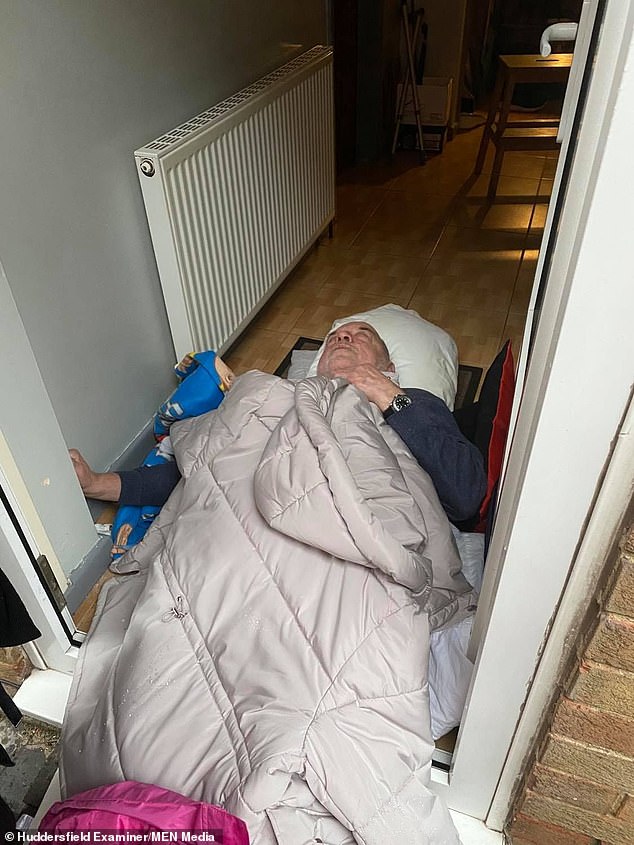 David Kilgallon, 71, collapsed at the back door of his home in Batley, West Yorkshire, during heavy rain at around 5pm on Wednesday 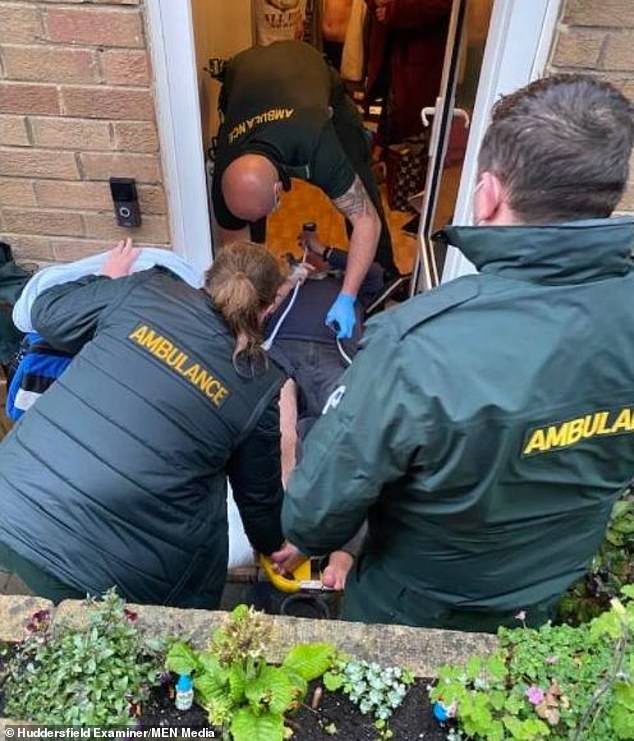 Mr Kilgallon’s son, Martin, said he was fuming after his frail father was left lying on the ground for hours when he needed urgent help

After another hour of assessments and treatment, he was finally taken to Leeds General Infirmary at 9pm

Mr Kilgallon’s son, Martin, said he was fuming after his frail father was left lying on the ground for hours when he needed urgent help.

The pensioner has been weakened by chemotherapy and is thought to have fractured a bone while struggling through the back door.

He collapsed across his doorway with the lower of half of his body left out on his garden path.

Martin, a businessman and father-of-five from Mirfield, said he was now submitting a formal complaint.

Martin said: ‘My dad has brittle bones from the chemotherapy, he’s gone outside to get the post and as he turned to come back in he felt his leg snap and he fell across the threshold.

‘It was very uncomfortable for him.

‘I know the 999 team were doing the best they could and the paramedics were lovely and apologetic when they arrived, but someone further up the chain needs to look at this.

‘It’s not acceptable. At one point we were so desperate I was Googling private ambulances.

‘I don’t think anyone should have to wait over an hour.’ 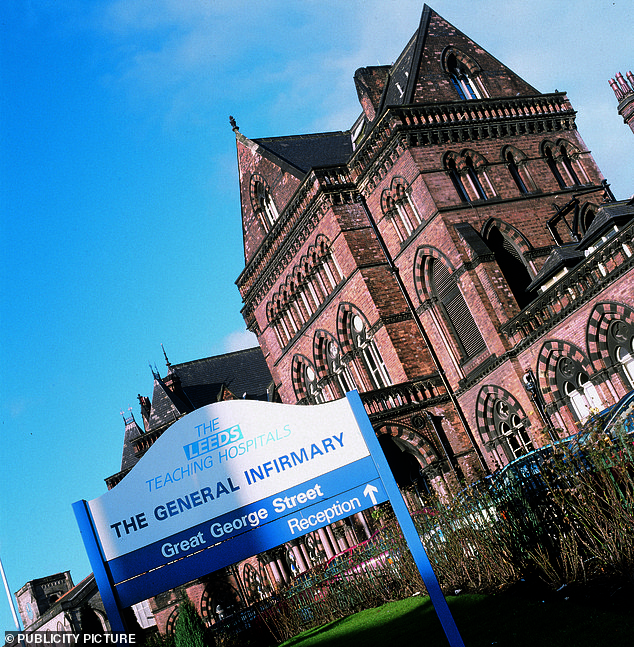 A spokesperson for Yorkshire Ambulance Service NHS Trust, said: ‘We are very sorry to hear that the patient’s family has concerns about our response to this incident and our Patient Relations Team would be able to look into the specific details around this and liaise directly with the family.

‘During the last few weeks the urgent and emergency care system has come under increasing pressure.

‘We can confirm that this emergency call was received during a particularly busy period on Wednesday and we were doing our best to reach all patients who needed our assistance as quickly as possible.

‘All calls are categorised according to the nature of the patient’s illness or injury and those in a life-threatening condition are always prioritised. For many patients our process often involves a call back from a clinician to assess their condition and check on any changes or deterioration.

‘We wish this patient well in their recovery and would like to reassure members of the public that our priority is to provide a safe, responsive and high quality service to the people of Yorkshire.’