Oxford University cracks down on ‘horrible’ student ‘trashing’ tradition as officials slam ‘anti-social and wasteful’ practice which costs £25,000 each year to clean up

Oxford University is cracking down on a longstanding student tradition of throwing food, alcohol and confetti over those finishing their final exams after officials dubbed it ‘anti-social and wasteful’.

Students take part in ‘trashing’ at the end of each academic year, making a mess of their classmates’ smart clothes as they leave exam halls for the final time.

But this year, the University and its colleges are trying to clamp down on the practice, with a campaign highlighting its impact on the environment, and the staggering cost of the clean-up afterwards.

Christ Church has now decided to close off its famous meadow for two hours, two times a day when exams end, so students cannot go there to trash. 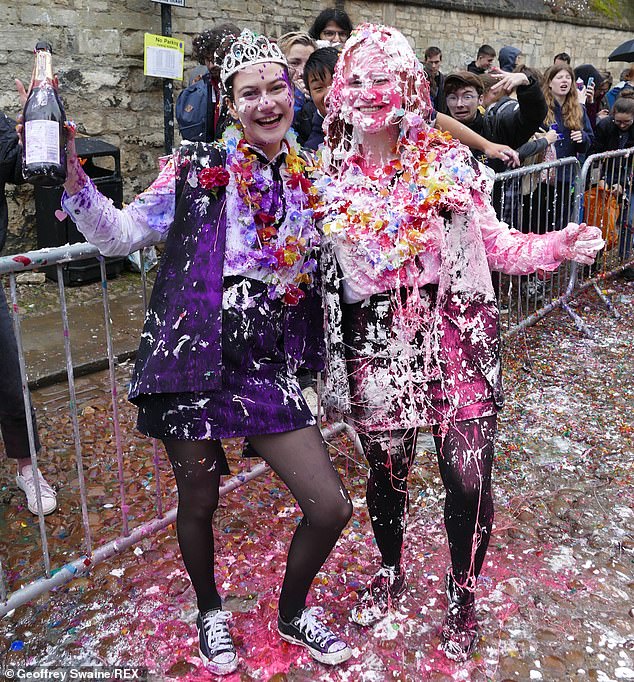 Students celebrate the end of their exams with the tradition of ‘trashing’, pictured in June 2019 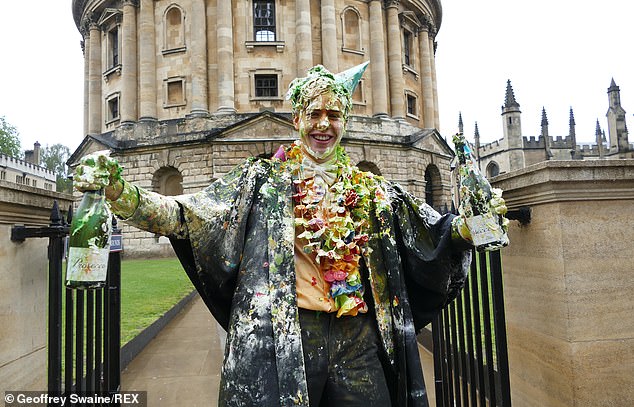 The tradition (pictured in 2019) involves throwing food, alcohol and confetti over colleagues

James Lawrie, treasurer at Christ Church, said: ‘Christ Church regards trashing as anti-social behaviour which is a waste of food and potentially harmful to wildlife, and for that reason is seeking to dissuade students from entering the meadow and pursuing this horrible practice.’

On the University’s website, a dedicated campaign called #StopTrashing has been set up.

The page said: ‘We understand you want to celebrate after your exams, especially after the challenges of this year. However, trashing has significant negative social, financial and personal impacts.’

It said trashing ‘disruptive’ to the community’, that wasting food ‘reinforces negative stereotypes about Oxford students’ and that it costs the University £25,000 each year to clean up.

Students are also often not allowed into Oxford’s pubs and bars if they have been ‘trashed’ either.

In 2019, students were condemned for trashing in Christ Church Meadow, which was previously closed in 2017 to prevent the practice.

Oxford’s Student Union was unavailable for comment, but students in past years have described trashing as good fun and a way for them to blow off steam after exams.

Surveys of students show they back trashing, with one group even creating biodegradable confetti through a company called Eco-Trash, with the aim of lessening its impact. 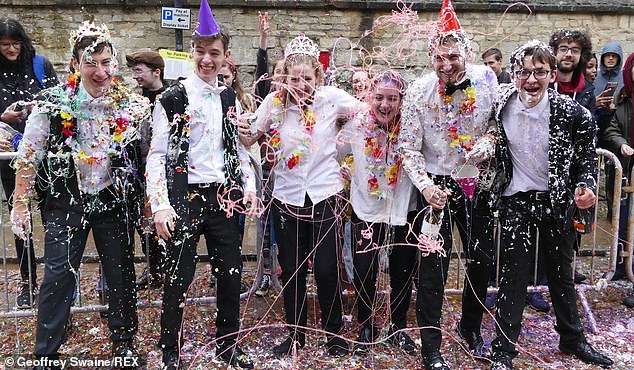 But this year, the University and its colleges are trying to clamp down on the practice (pictured in June 2019), with a campaign highlighting its impact on the environment, and the staggering cost of the clean-up afterwards

Oxford’s City Council however, has sided with the University’s hard line on the tradition, which is said to have started in the 1970s.

Mike Rowley, Oxford Council cabinet member for citizen focused services, said: ‘Trashing can be costly for the local community and the environment.

‘Just this weekend we had to spend over three and a half hours and divert resources to clean Merton Street, Oriel Square, Radcliffe Square and Quaking Bridge.

‘I’d like to thank the University for helping us clean up: in 2019 they supported the cleaning with over £7k for the work it carries out after trashing.’

He added: ‘Please celebrate considerately. Some celebrations have spread litter and other detritus, including broken glass, around the city centre with inevitable safety issues this causes.

‘There’s also a growing trend to use paint powder bombs which stain the paving and are expensive and difficult to clean up. We welcome students as part of Oxford’s lively and diverse community – don’t spoil it.’