Palau, the Pacific Island paradise which is home to 18,000 people and could become the first country to be vaccinated against Covid-19

The Republic of Palau could be among the first countries in the world to have its entire population vaccinated against Covid-19, despite not recording a single case of the virus.

According to data from the World Health Organisation, the island nation in the western Pacific Ocean with a population of 18,000 people has not recorded a single coronavirus case or virus-related death.

On Saturday, the country received its first shipment of 2,800 doses of the Covid-19 vaccine by US pharmaceutical company Moderna. 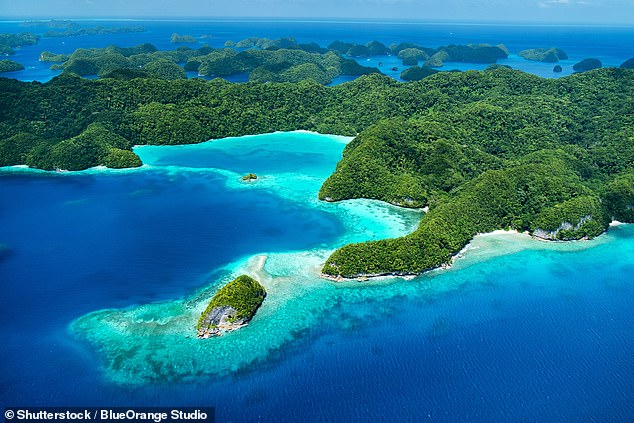 Vaccines were rolled out from the next day.

The vaccine must be administered in two separate doses, 28 days apart.

Doctor of geriatric medicine Sylvia Osarch, 60, was the first person in Palau to receive the vaccine on Sunday and said she felt ‘excited’ to lead the way for the rest of her country.

‘I felt excited to set an example for my community,’ she said, as quoted by CNN.

‘I want to tell the community that I took the vaccine to protect them. So when it is their turn to take it, please take it to protect us, the health care providers.’

Palau, which contains approximately 340 islands, acted quickly to prevent the virus from reaching its shores and had completely shut its borders by March.

The country had begun testing its citizens for the virus by April.

The Republic stretches for just 180 sq mi, with Koror being its most populated island with a population of 11,444.