HONG KONG (Reuters) – Hong Kong police opened fire and hit at least one protester on Monday, witnesses and media reports said, as chaos erupted across the city a day after officers fired tear gas to break up demonstrations that are entering their sixth month.

Police fired live rounds at protesters on the eastern side of Hong Kong island, Cable TV and other Hong Kong media reported. Cable TV said one protester was wounded when police opened fire.

Video footage showed a protester lying in a pool of blood with his eyes wide open. Police also pepper-sprayed and subdued a woman nearby as plastic crates were thrown at officers, the video shared on social media showed.

Reuters could not immediately authenticate the footage.

The Hospital Authority told Reuters a 21-year-old man suspected to have been wounded during the incident in Sai Wan Ho on Hong Kong island was admitted to hospital on Monday and was undergoing an operation.

Cable TV reported that the unidentified protester was in a stable condition.

A Reuters witness said police later fired tear gas in the same area where the protester was shot.

Police said in a statement radical protesters had set up barricades at multiple locations across the city and warned the demonstrators to “stop their illegal acts immediately”.

They did not comment immediately on the apparent shooting.

Anson Yip, a 36-year-old Sai Wan Ho resident, said protesters were throwing rubbish to create a road block when police, possibly from the traffic department, ran to the scene.

“They didn’t fight and the police ran and directly shot. There was three sounds, like ‘pam, pam, pam’,” Yip said. 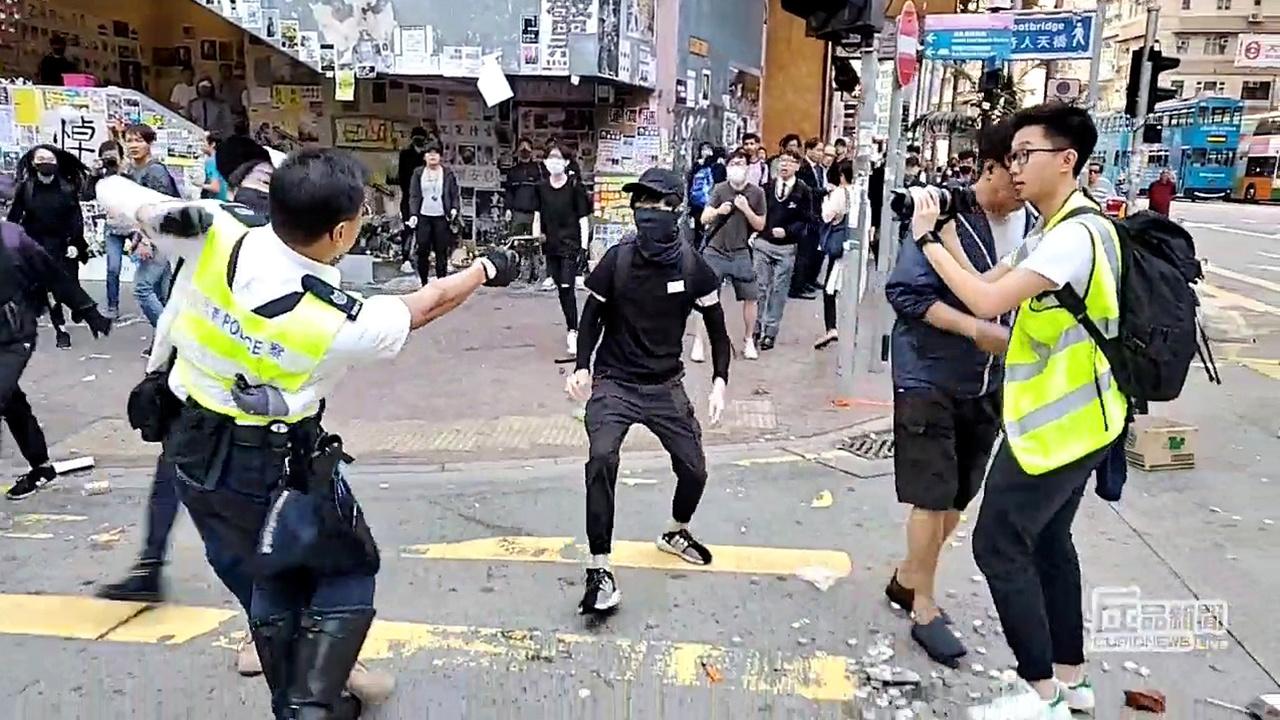 “They (the protesters) are against the government, that’s why the police just shot them,” he said.

A 24-year-old man, one of several office workers gathered at the scene after the shooting, said: “When I arrived the road was blocked and people were yelling at the police, calling them murderers.” The man gave only his surname of Wing.

Police have previously shot an 18-year-old protester and a 14-year-old, both of whom survived.

Protests have occurred at times daily, sometimes with little or no notice, disrupting business and piling pressure on the city’s beleaguered government.

Protesters are angry about what they see as police brutality and meddling by Beijing in the former British colony’s freedoms, guaranteed by the “one country, two systems” formula put in place when the territory returned to Chinese rule in 1997.

China denies interfering and has blamed Western countries for stirring up trouble.

The latest violence comes after a student died in hospital last week following a high fall as protesters were being dispersed by police.

Services on some train and subway lines were disrupted early on Monday, with riot police deployed near stations and shopping malls. Many universities canceled classes on Monday and there were long traffic jams in some areas.

The Labour Department urged all employers on Monday to be understanding and flexible regarding work arrangements.

Hong Kong’s stock market .HSI fell 1.6% in early trade, outpacing losses of 0.7% in other parts of the region. .MIAPJ0000PUS 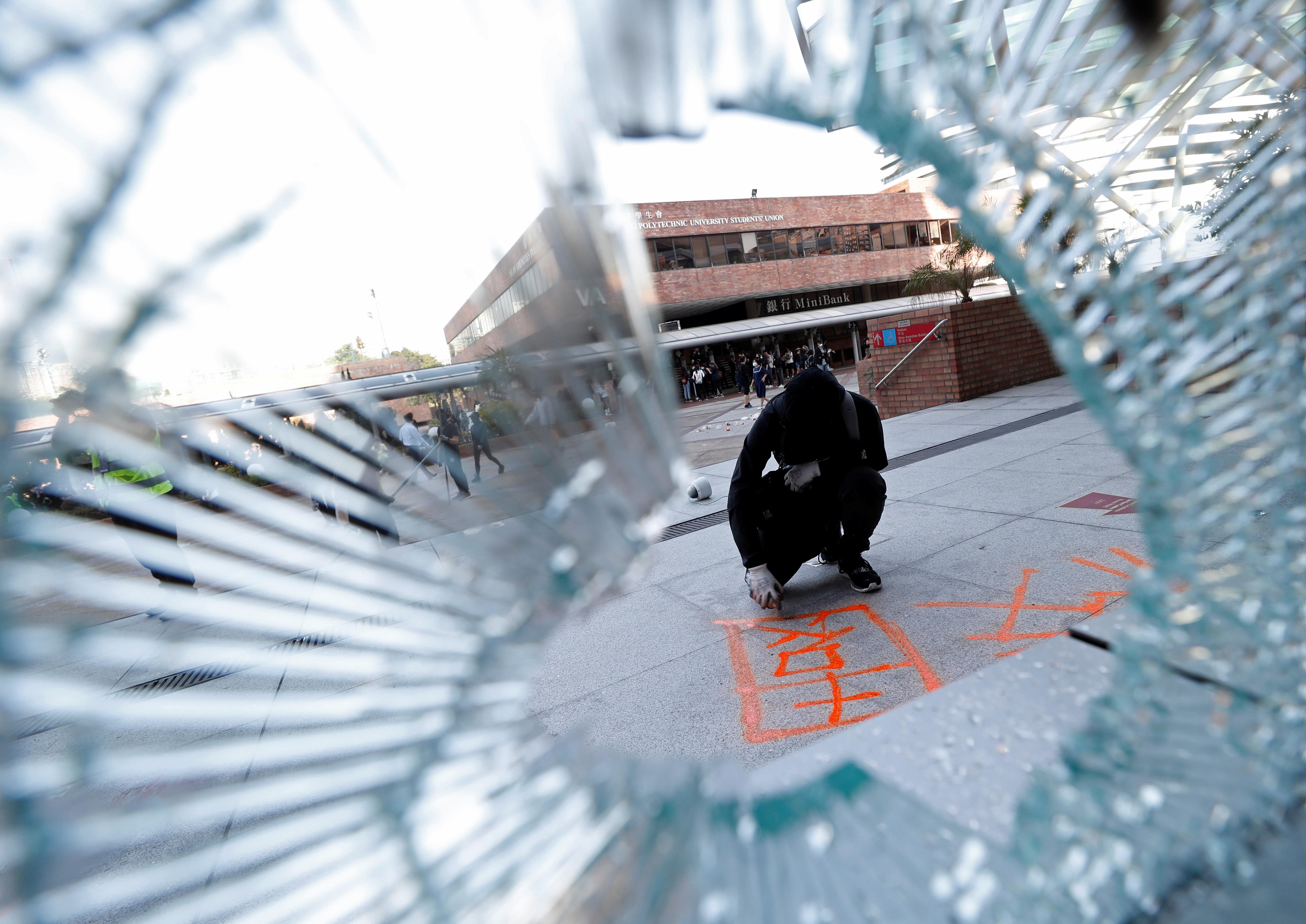 The violence spread to the Kowloon district of Mong Kok, one of the world’s most densely populated areas. Police used water cannon and volley after volley of tear gas to try to clear the main artery of Nathan Road, which was littered with loose bricks under bright neon lights.