With exams cancelled due to coronavirus, teachers are assessing grades, which has left some parents worrying about bias or whether special educational needs or disabilities will be properly accommodated for, the Observer reported.

The unease follows the scrapping of an algorithm-based determination which caused chaos last year and has left teachers, unions, parents and students anticipating more issues this summer.

The results are due on August 10, but lawyers like education specialist Amara Ahmad at Doyle Clayton are already receiving inquiries about challenging them.

‘People want to start preparing for appeals now,’ she told the Observer. ‘Some are in the dark about the grades their child has achieved throughout the academic year or what evidence the teacher-assessed grades will be based on.’ 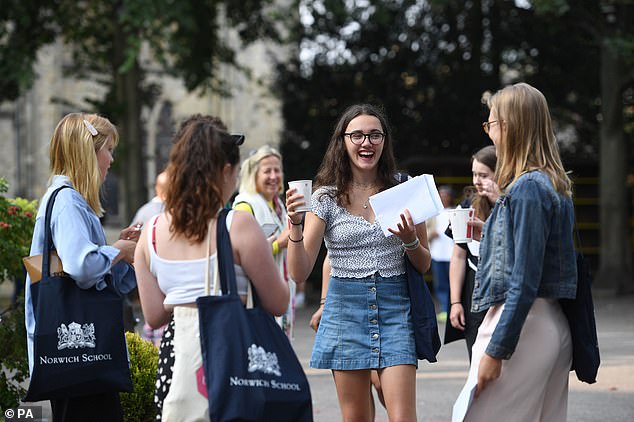 Many within teaching are frustrated at the time it took ministers to develop ways to ensure fair comparison of pupils between schools – something they had been calling for for months.

‘My concern is that teachers will just be left in the lurch by a secretary of state who has created this situation and then walks away saying ‘teachers clearly can’t assess pupils,’ Mary Bousted, joint general secretary of the National Education Union, told the Observer.

Confusion remains around how the appeals process will work, Geoff Barton, general secretary of the Association of School and College Leaders told the newspaper.

‘We really didn’t have to be here. Teachers, parents, students still don’t know what the appeals process will look like. We tried to help the government get on the front foot. Here we are on the back foot again.’

Last year, A-level students were left in limbo as their teachers scrambled to appeal against tens of thousands of ‘unfair’ downgraded results released just weeks before the deadline to apply for university.

A chaotic race for places ensued after 280,000 results were downgraded despite record-high results. Some parents and lawyers are still fighting to get 2020 results changed.

Exams regulator Ofqual has rejected appeals even in cases where the school has agreed results should not have been downgraded.

‘In my experience parents have no power. There are a lot of parents who are really worried about this year’s system, but they are too frightened to speak out in case they make things worse for their children. For parents who are still fighting last year’s grades now it has become a full-time job,’ Catherine Brioche, a mother and member of the A-level Grading Issues Support Group told The Observer. 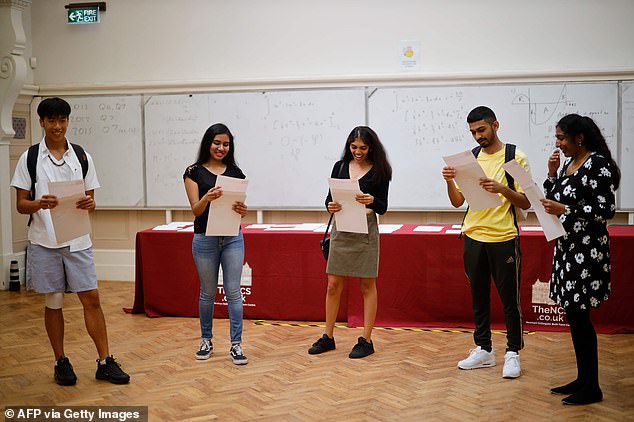 Many within teaching are frustrated at the time it took ministers to develop ways to ensure fair comparison of pupils between schools – something they had been calling for for months. Pictured: Students at Newham Collegiate Sixth Form react as they receive their A-Level grades in East London last year [File photo]

While students unhappy with their grades this year can appeal, lawyer Ahmad said parents are worried that Ofqual has decreed that schools must make the appeals against their own grades.

‘This is the school marking their own homework. And it’s not clear to me what happens if the school says no to an appeal,’ she told the Observer.

Ofqual has said that schools are required to submit an appeal to the relevant exam board if a student requests they do so.

A spokesman told the Observer that its analysis of last year’s grades ‘found no evidence of systematic bias against disabled students, other protected characteristics or those from disadvantaged backgrounds.’

He added that Ofqual has this year updated guidance for teachers on how to avoid bias.