A campaign to win UNESCO recognition for Victoria’s goldfields has united two former premiers from opposing parties and gained the support of a world heritage expert. 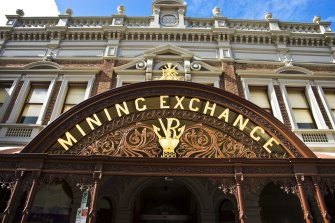 They hope a successful bid will spur another gold rush by bringing international recognition to Victoria’s goldfields and drive a major economic boost from international and interstate tourism.

Thirteen councils across Victoria are backing the bid that is likely to include mines, architecturally significant buildings and natural landscapes at the heart of Victoria’s gold rush.

Work is now under way to determine which sites will form part of the bid but it is expected that attractions such as the Castlemaine Diggings National Heritage Park would be on the list.

The park includes mines, gullies where gold was discovered and the remnants of historic houses. Buildings such as Ballarat and Bendigo's mining exchanges could also be featured as well as the site of the Eureka Stockade. 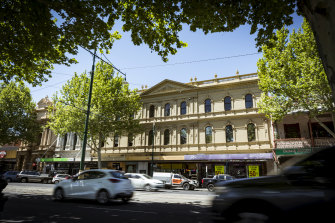 The 148-year-old Bendigo Mining Exchange, aka the Beehive Building.Credit:Chris Hopkins

World heritage expert Barry Gamble, who helped gain UNESCO recognition for the Cornwall and West Devon mining landscape in England, described the Victorian goldfields as the best surviving landscape globally that illustrated the gold rush phenomenon in the second part of the 19th century.

The “central Victorian goldfields is an exceptional cultural landscape that is directly and tangibly associated with the transnational phenomenon of gold rushes that date from 1849 to 1900,” he wrote in a draft report.

Mr Napthine said Victoria’s modern values began in the goldfields and with events such as the Eureka Stockade. 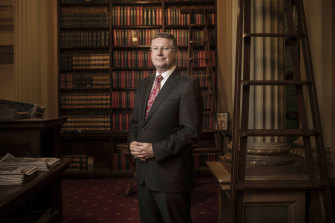 “Having the Budj Bim heritage listing has really given it impetus and renewed purpose for tourism,” he said.

The application for goldfields heritage recognition is expected to take at least three years with discussions already taking place over many years. It would also need the backing of the federal government.

Mr Brumby said a UNESCO listing could help Victoria’s recovery from the COVID-19 recession, which would take years.

Sites that could be World Heritage listed include:

Mr Brumby, who is as also a former treasurer, said private sector investment in accommodation, restaurants and other tourism-related businesses would accompany a successful bid.

“We take it all a bit for granted – our beautiful gold mining past in the structure of the buildings that have been preserved,” she said.

There is a wide set of criteria for heritage listing, from representing a masterpiece of human genius to exhibiting an “outstanding example of a type of building, architectural or technological ensemble or landscape which illustrates a significant stage in human history”.

Our weekly newsletter will deliver expert analysis of the race to the White House from our US correspondent Matthew Knott. Sign up for The Sydney Morning Herald‘s newsletter here, The Age‘s here, Brisbane Times‘ here and WAtoday‘s here.