Jeremy Hunt’s ‘mad’ tourist tax is driving visitors away from the UK, a peer has warned.

Baroness Wheatcroft, chairman of the Association of Leading Visitor Attractions, called for the return of VAT-free shopping for overseas tourists.

This would allow visitors to claim back 20 per cent on their purchases. It was first axed by then-chancellor Rishi Sunak when the UK left the EU.

Kwasi Kwarteng tried to reintroduce it in his ‘mini-Budget’, but new Chancellor Jeremy Hunt reversed the plan, claiming it would save £2billion a year. 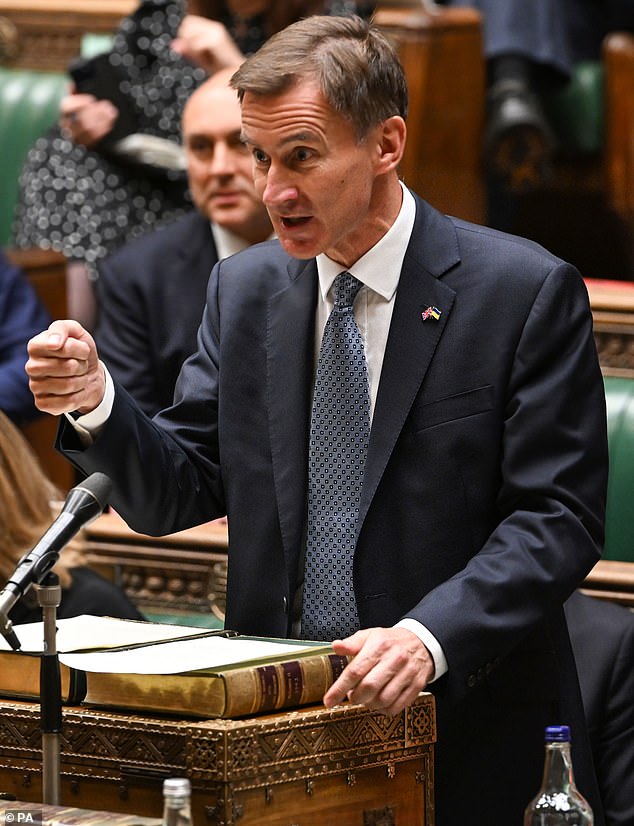 The Chancellor’s (pictured) ‘mad’ tourist tax is driving visitors away from the UK, Baroness Wheatcroft has warned

Every country in Europe charges a minimum 15 per cent rate of VAT but offers a refund for overseas visitors.

Critics said the U-turn would be a ‘hammer blow’ to tourism, with leading forecaster Oxford Economics finding Mr Hunt would raise an extra £350million a year in tax by reinstating the measure.

Crossbencher Lady Wheatcroft told the Lords: ‘It’s mad to deter people from coming here and to send them to Paris or Milan… tourists are being deflected.’

The former Tory peer, who now sits as an independent crossbencher, added: ‘Visitor numbers are down because tourists are being deflected because of VAT.’

Highlighting the ‘brief moment’ Mr Kwarteng brought back the scheme, she said: ‘Sadly it vanished again. If the minister could put in a plea it would be really useful.’