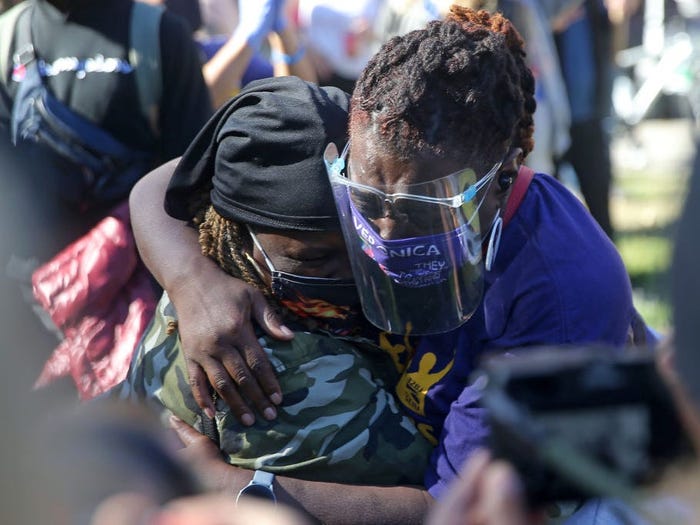 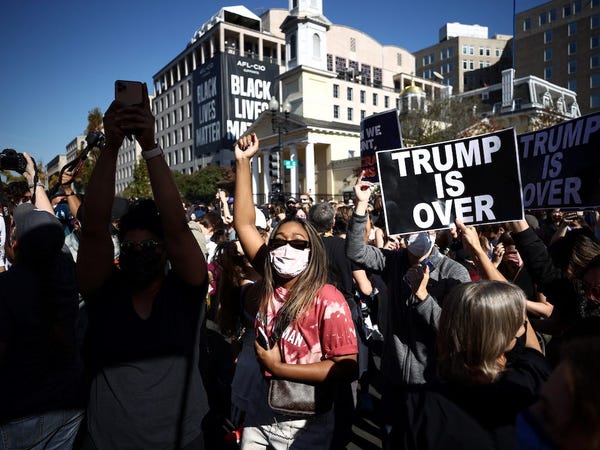 Some gatherers carried American flags. Others carried signs — one read "Trump is over."

In Biden's home state, Pennsylvania, people flooded the streets in honor of the president-elect.

Following protests to count every vote, the streets in Philadelphia overflowed with people celebrating Biden's win.

People held signs at a gathering in Philly on Saturday that reflected a collective spirit of hopefulness. 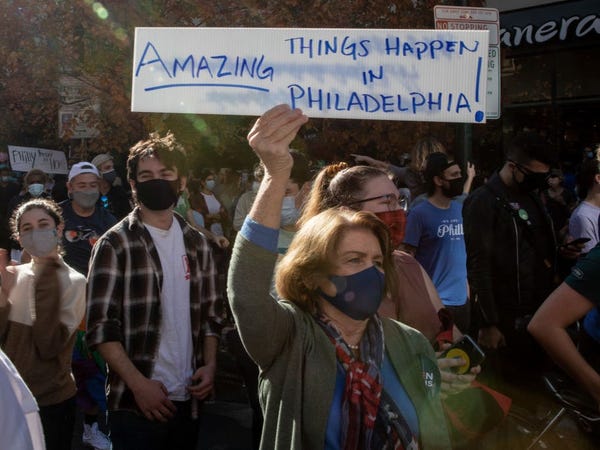 In New York City, people took to their balconies, rooftops, fire escapes, and windows to rejoice. 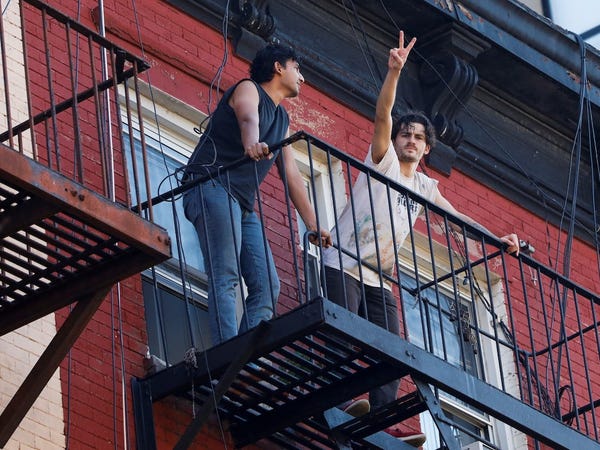 Some New Yorkers (literally) danced in the streets on Saturday. 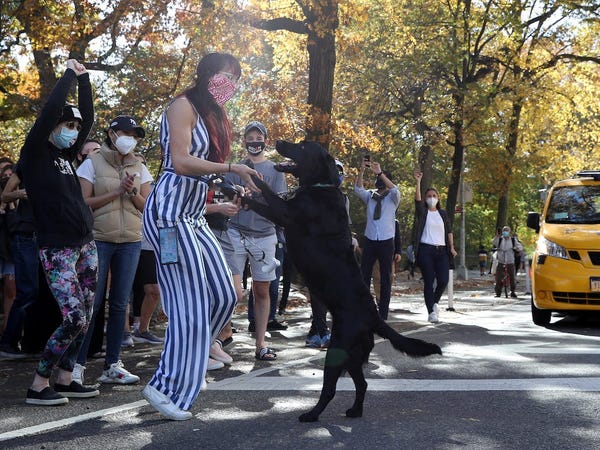 In New York City's Upper West Side neighborhood, some people gathered on the street to sing "America the Beautiful."

Many New Yorkers flocked to Times Square and expressed a sense of relief over Biden's victory. 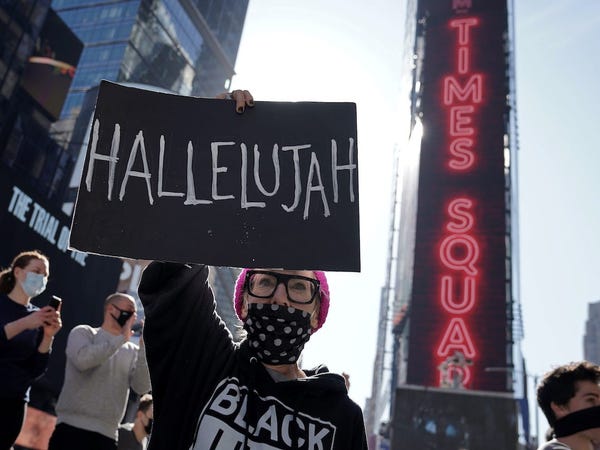 People in Delaware rejoiced at the news of their former senator's presidential win. 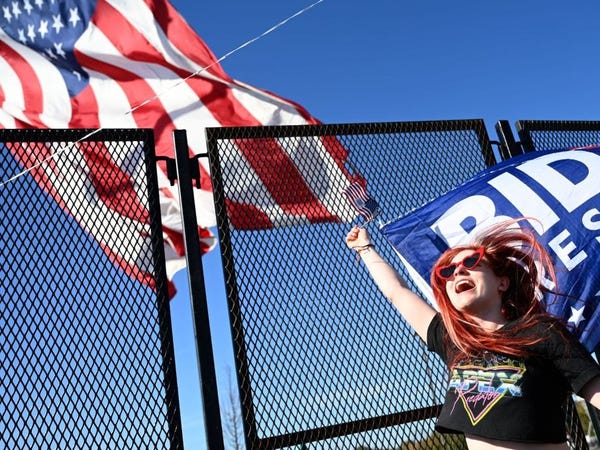 In the nation's capital, streets near the White House overflowed with supporters. 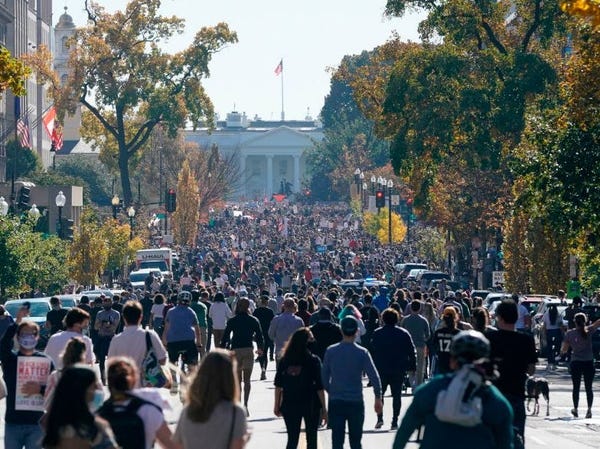 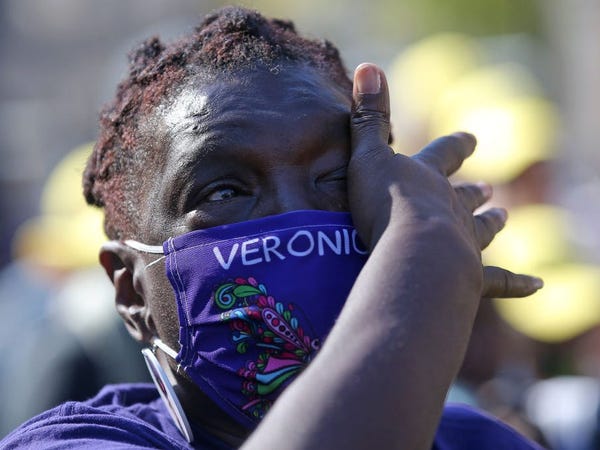 In Chicago, people stepped onto their balconies to bang pots, cheer, and celebrate.

Similar cheers could be heard from the streets of Atlanta.

Supporters of Biden danced in Atlanta, Georgia, on Saturday. It was a historic year for Georgia, which voted blue in a presidential election for the first time since 1992. 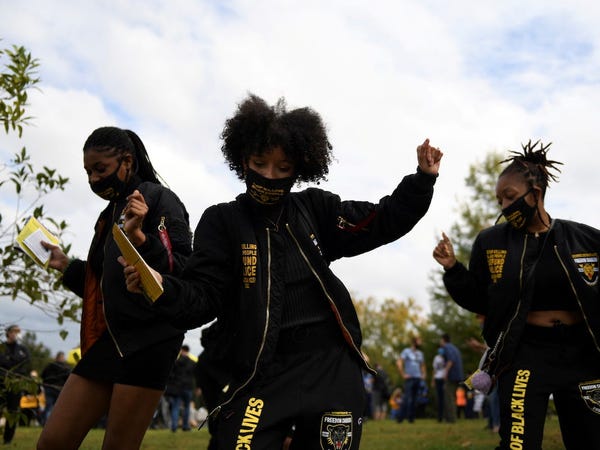 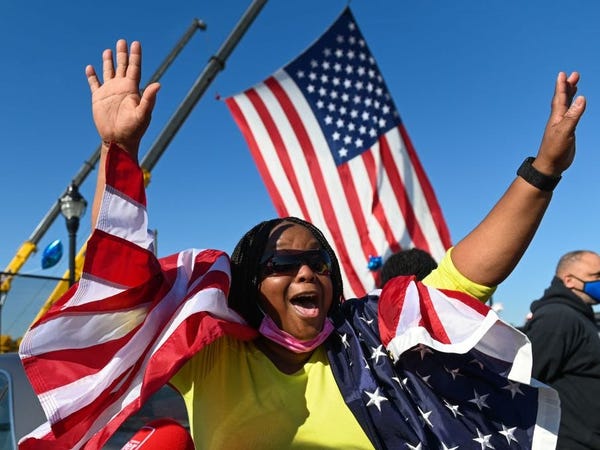 Supporters of Biden also gathered in Detroit, Michigan, where one person's sign was a nod to President Trump's "The Apprentice" tagline. 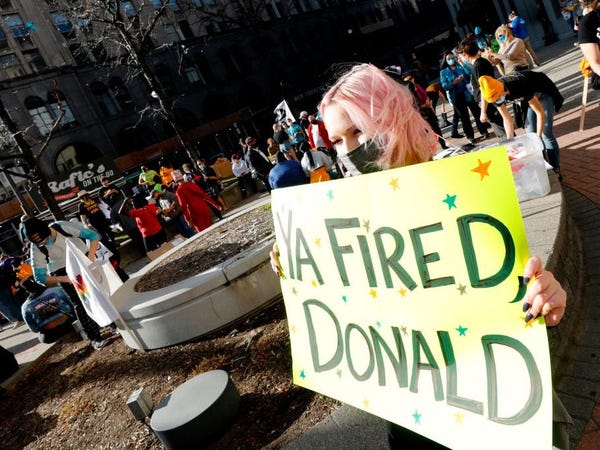 Another sign held by people in Harrisburg, Pennsylvania, referenced President Trump being "fired." 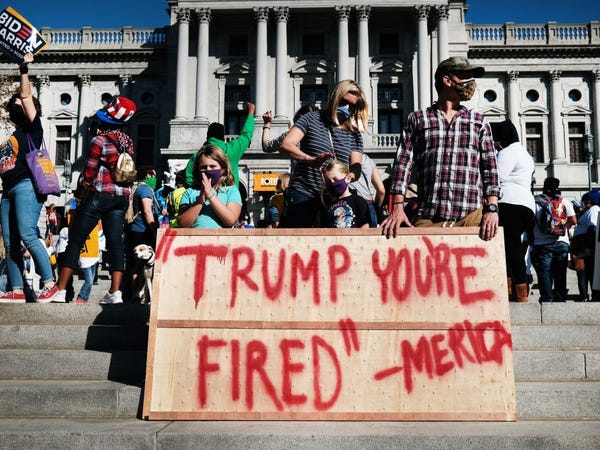 In Brooklyn's Flatbush neighborhood, cars, trucks, and vans honked nonstop as drivers waved and shouted from the windows in support of Biden. 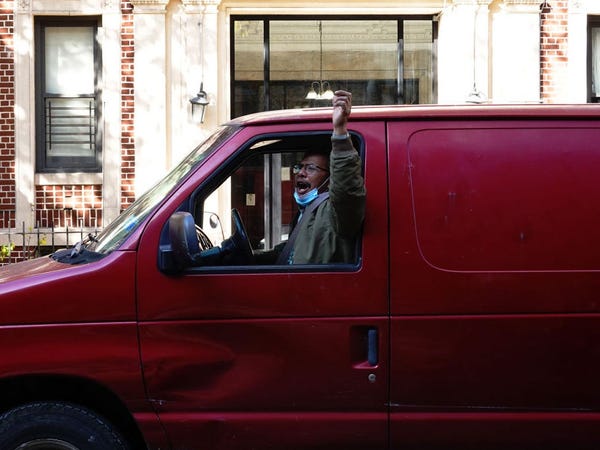 As other parts of the US wake up to news of Biden's win, celebrations are likely to continue around the nation. 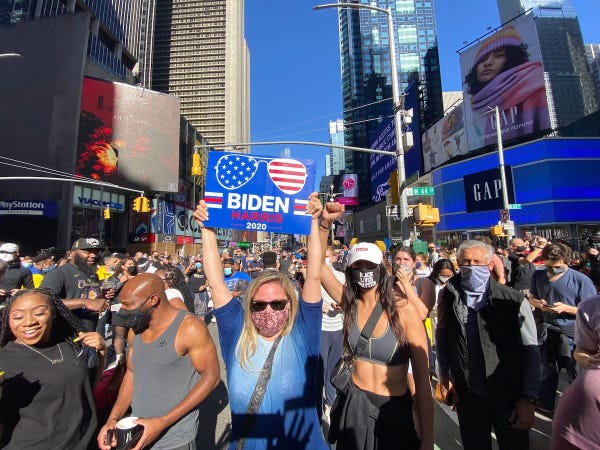