The Battle for Potto gets ugly: Police are called in as ‘aggressive and confrontational’ councillor doorsteps serial moaner whose 366 complaints have triggered an audit that will cost every house in the tiny village £500

Police have been forced to intervene in a serial complainer row after a councillor belonging to a parish council that was bombarded with 366 complaints, confronted the ‘whistleblower’ moaner who sent them.

The sheer volume of complaints, which amounted to 1,500 pages, was so unusual it triggered an external audit costing £37,000 which the council must pay for.

Without the means to pay for it the council were forced to pass on the cost to residents of the village, which has a population of 324 and 120 households.

Now, tensions have been running so high that North Yorkshire Police have been forced to speak to a parish councillor over claims that he visited the home of the man, who terms himself a ‘whistleblower.’ 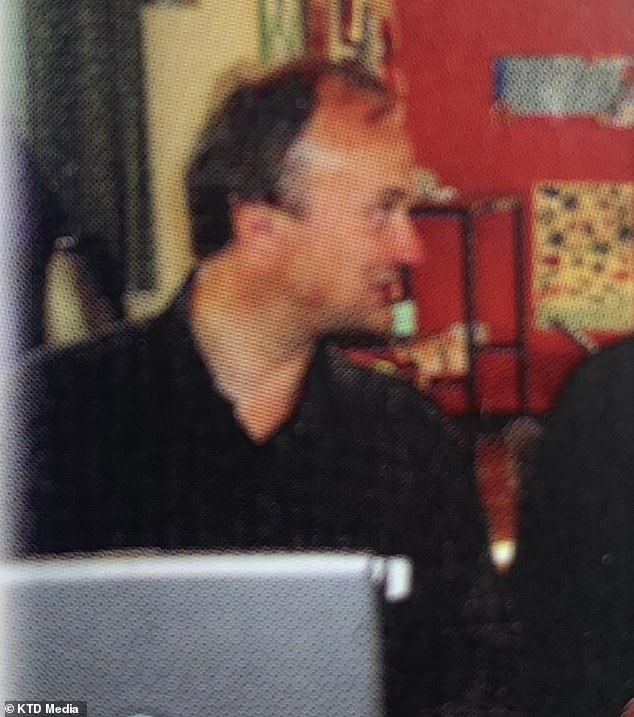 The councillor is said to have spoken to his wife because he was out, leaving her feeling intimidated as he was in an ‘aggressive and confrontational state of mind.’

The complainant claims in an anonymous Email: ‘This corrupt and dysfunctional small council, where every resident now has to pay almost £500 in extra council tax to pay for audit investigation fees, has had a complaint of harassment and intimidation investigated by the Police.

‘Potto councillor Ian Macpherson visited a whistle-blower’s home in Potto in an aggressive and confrontational state of mind.

‘Finding his victim out after speaking to the whistle-blower’s wife, he followed up with three emails with threats of a physical confrontation.

Council chairman Andy Wilde confirmed the council has received advice from the police telling its members to give the complainer ‘a wide berth.’

He said: ‘This man has caused the council so much trouble and for the life of us we don’t know why, we have no idea what is motivating him.

‘These are pedantic complaints about matters of procedure but they led to us being audited and left with a bill we simply can’t afford. Our annual precept is only £7,000.

‘To give some idea of the type of thing he complains about, he’s already lodged on objection to our next annual return which we haven’t even declared yet and he hasn’t seen.

‘It is true that his home was visited by a councillor but we strongly object to any suggestion that this was done in a threatening manner.

‘It was simply an attempt to talk to him about this situation and try to find a way to resolve it.

‘The councillor has been spoken to but no action has been taken. The council received an email from the police with advice, basically telling us to give this man a wide berth.

‘The Yorkshire Local Councils Association has told us the police were wrong to issue advice because they have not taken into account the background between the council and the individual concerned.

‘We’ll discuss the police email at the next parish council meeting and what our response to it will be. 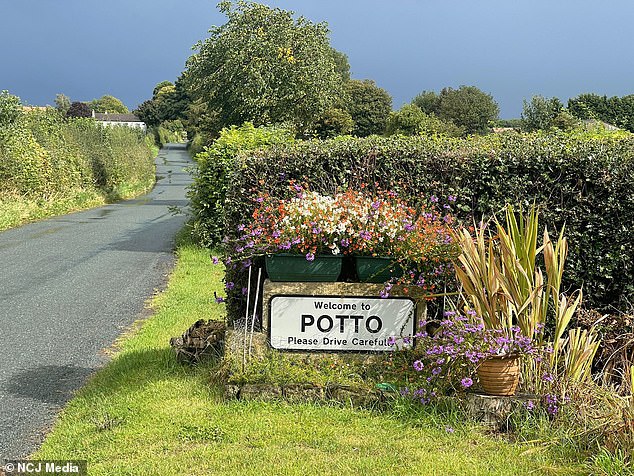 Tensions have been running so high that North Yorkshire Police have been forced to speak to a parish councillor over claims that he visited the home of the man, who terms himself a ‘whistleblower’

‘The situation is ridiculous and we’re stuck in a situation where one person’s actions are costing the whole village significant sums.’

Gerry Woodhouse, who owns his own business in the engineering sector, will not confirm he is the serial complainer.

However he was in Deceber 2019 described as a ‘vexatious’ complainer about the council.’ by a judge sitting on a tribunal convened by the Information Commissioner.

Mr Woodhouse had appealed to the body after one or more of his FOI requests about Potto Council was denied.

The tribunal which dismissed his appeal ruled: ‘In our view, Mr Woodhouse’s case is almost a paradigm illustration of the abuse of the important constitutional right to freedom of information…

‘The duration over which the requests have been made and their regularity, the pattern of behaviour adopted in their pursuit, the colossal volumes of material sent, the triviality (at times) of the subject-8 matter (although we appreciate the he sees none of it as trivial) and the abusive language employed are all characteristics which point firmly to an obsessive and vexatious mindset on Mr Woodhouse’s part.’

He declined to comment when asked directly whether he was the person who had made the 366 complaints.

He said there were 10 – 15 ‘whistleblowers’ who had raised concerns but deserved to be given anonymity as they were exposing matters of public concern about Potto council – a claim the council denies, stating they have received complaints from only one source.

Mr Woodhouse said: ‘The audit has shown the complaints to be entirely justified. Of the 366 that were made, 344 were assessed as correct and valid.

‘For there to be a Public Interest Report ordered is extremely rare. In the last few years there have only been two others carried out from some 10,000 small authorities across the country.

‘These were on single issues, in Potts’s case it could be argued there were hundreds of issues.

‘This audit places Potto council as one of the worst in the whole country and their case that this is just someone making vexatious complaints is demonstrably wrong.

‘The complaints were overwhelmingly upheld and show across the board the severity of the problems in the council in every aspect of its governance. the gulf between Potto and the rest of the country is massive.

‘The council can complain and say it rejects the findings and try to create a diversion, which is what it has been doing for years, but the result of this audit speaks for itself.

‘A Community Governance Review should now be carried out to decide whether the council should be abolished or merged with a neighbouring authority.’

Mr Woodhouse, a former Potto Parish Council member, left in 2014 after concerns were raised over his attendance, which was when the complaints first started.

Potto Parish Council have hit back at Mr Woodhouse, saying they had to commission an independent audit two years ago due to his behaviour whilst he was a councillor.

In a letter to villagers, the council said: ‘Are you aware that one person in the village has raised 366 complaints and objections about the parish council’s activities?

‘None of them refer to any financial impropriety and virtually all of them are concerning minor procedural matters but because of this a Public Interest Report is being carried out by an external auditor.

‘None of the objections nor recommendations are of any real significance, yet we are faced with a huge bill, all because of one person in the village who seems determined to bring the parish council to its knees.’