Police carry out highest number of stop and searches in seven years, new figures show – with highest rate of black people being stopped since 2014

Police have carried out the highest number of stop and searches in seven years with an increase of 200,000 from last year, new figures show.

There were 558,973 stop and searches carried out in the year to March under section one of the Police and Criminal Evidence Act 1984 in England and Wales, according to Home Office figures published today.

The power allows police to search people and vehicles without a warrant. 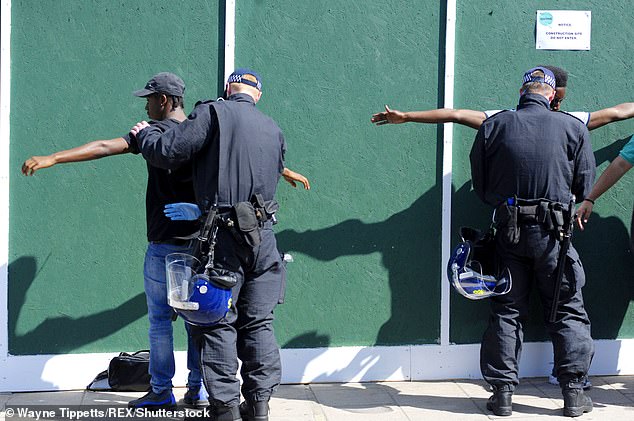 Police have carried out the highest number of stop and searches in seven years with an increase of 200,000 from last year, new figures show. Stock picture

But BAME people were stopped at a rate of 4.1 times higher than those who were white, a similar rate to the previous year (4.3), the report added.

Although this year has seen the highest number of stop and searches for seven years, it’s still below the peak of 1,179,746 in 2011.

However it is a 53 per cent increase from last year, when 365,554 searches were recorded.

The report added: ‘The Metropolitan Police service accounts for half of the increase in the number of stops and searches in latest year.’

The statistics cover all stop and search powers which police have under Pace, the Criminal Justice and Public Order Act 1994 and the Terrorism Act 2000. 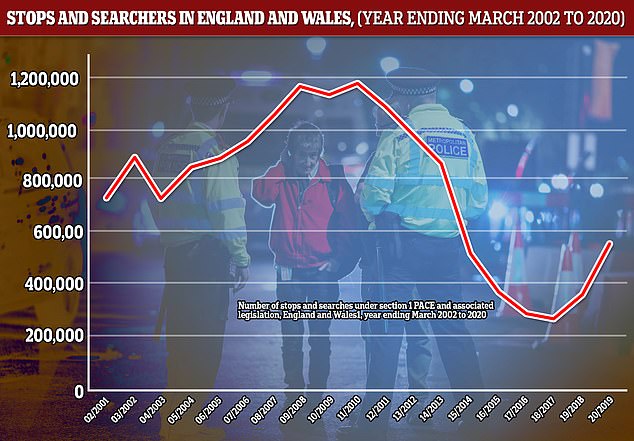 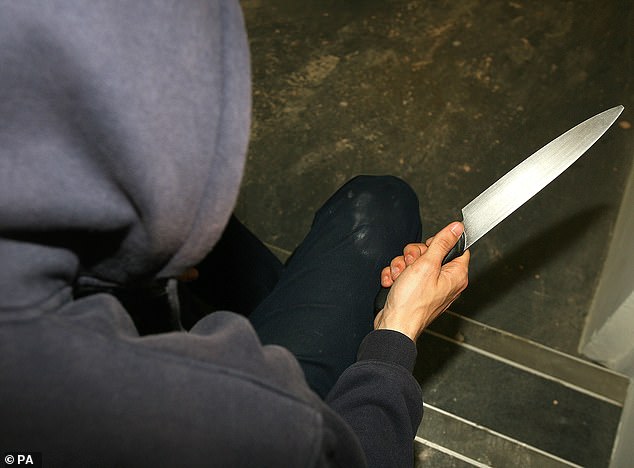 The police’s use of stop-and-search rose by a third in the last year as officers used the power 383,629 times after the Home Office relaxed its rules to combat knife crime (file photo)

According to the figures, there were a further 18,081 stops and searches carried out under section 60 of the Criminal Justice and Public Order Act (known as an s60) in anticipation of violence – an increase of 35 per cent compared with the previous year (13,414).

Last year the Home Office rolled back restrictions on the s60 tactic as part of a bid to crack down on knife crime and violence, which some critics branded ‘controversial’.

The powers, which can be in force for up to 48 hours, give police the right to search people in a defined area during a specific time period when they believe serious violence will occur. 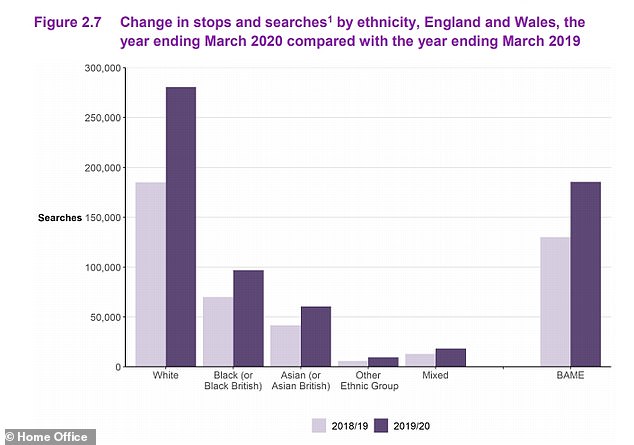 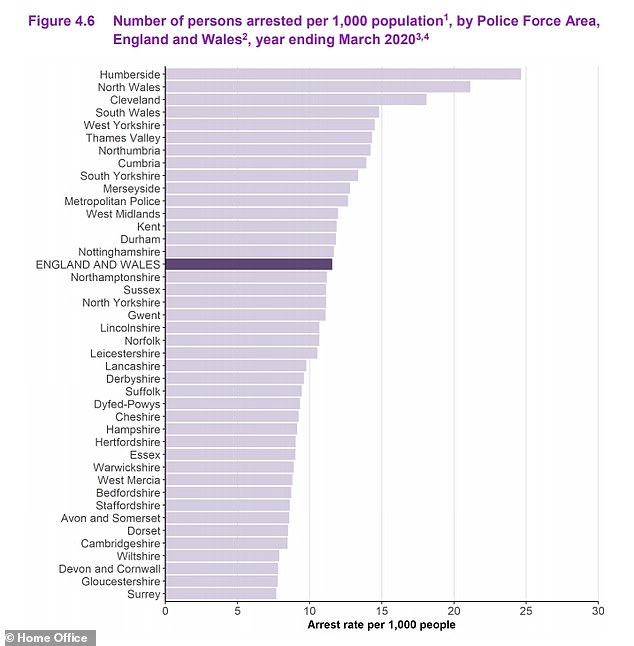 Officers can look for weapons before they can be used, or those used in a recent attack and do not need ‘serious grounds for suspicion if serious violence is anticipated’, only a reasonable belief that a disturbance ‘may’ occur.

Data from Greater Manchester Police is not included because the force is still unable to provide figures due to ongoing technology problems.