Police have launched a murder investigation after two children aged one and three died and a woman was left critically injured in a flat fire.

Emergency services were called to reports of a fire in Fairisle Close, Clifton in Nottingham at 3.17am today.

The fire was in a first floor flat of a two-storey residential property, Nottinghamshire Police said.

A joint fire and police investigation has concluded the fire was started deliberately.

Neighbouring properties were temporarily evacuated as fire crews tackled the blaze, which was extinguished at around 4am.

A woman and two young children were treated at the scene by EMAS for smoke inhalation and taken to Queen’s Medical Centre in Nottingham. 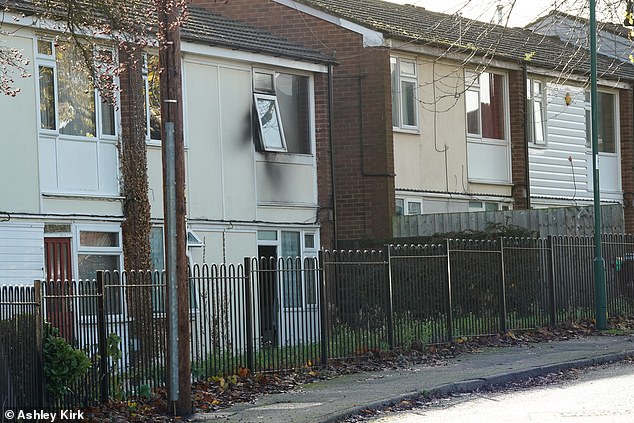 Emergency services were called to reports of a fire in Fairisle Close, Clifton in Nottingham at 3.17am today 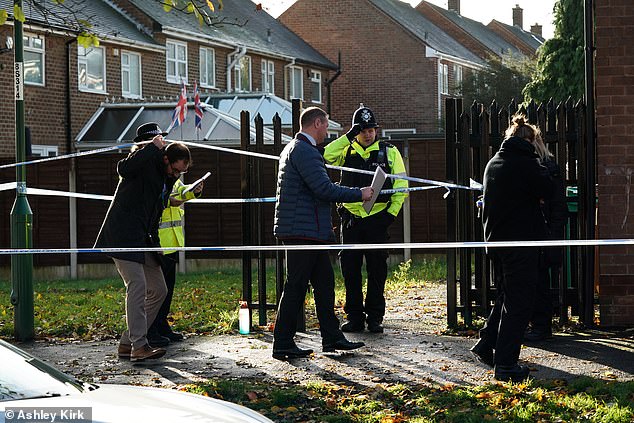 The fire was in a first floor flat of a two-storey residential property, Nottinghamshire Police said. Pictured: The scene

The two children were pronounced dead at the hospital. The woman remains in a critical condition.

Detectives and city council leaders spoke out about the ‘tragic’ and ‘heartbreaking’ deaths of the two young children.

Detective Chief Inspector Greg McGill, who is leading the investigation, said: ‘These are tragic and very sad circumstances and my thoughts are with the family of those involved.

‘Following a joint investigation with Nottinghamshire Fire and Rescue Service we have established that the fire was started deliberately.

‘We are appealing for witnesses who were in the area at that time and saw something suspicious to please come forward and help us with the investigation.

‘We have a team of detectives who are working hard to establish the circumstances and our inquiries remain in their early stages.’

Members of the public with information are encouraged to submit this through the Major Incident Public Portal: Public Portal (mipp.police.uk).

Inspector Ben Lawrence, of Nottinghamshire Police, said members of the local community should expect a high presence of officers in the area whilst a scene remains in place and inquiries continue.

He said: ‘This tragic incident has resulted in two children sadly losing their lives and my thoughts, first and foremost, are with their loved ones at this time.

‘We understand residents living nearby will be shocked by this news and have concerns about what happened.

‘We will continue to maintain a policing presence in the area and we will be working to reassure them as best we can in the coming days.

‘If anyone has any concerns I’d encourage them to speak to one of our officers.’ 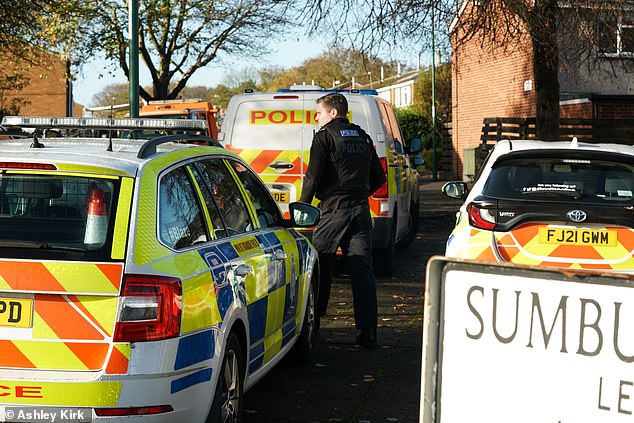 Group Manager for Prevention at Nottinghamshire Fire and Rescue Service, Chris Clark, added: ‘All of our thoughts are with the family of those involved and we send our deepest condolences.

‘Alongside the police we will now investigate the cause of this fire and tragic loss of life.

‘We recognise what has happened will be deeply distressing for the local community, and we will be in the area to offer reassurance to residents over the coming days.’

Nottingham City Council leader, Councillor David Mellen, said: ‘I am so saddened to hear this tragic news. The loss of two young children is completely heartbreaking.

‘We’ll do all we can to support the family and community at this deeply upsetting time.’

Anyone with information that could assist the investigation is asked to submit it here: Public Portal (mipp.police.uk),

Alternatively, contact the independent crime-fighting charity Crimestoppers anonymously on 0800 555 111 or through their anonymous online form at www.crimestoppers-uk.org.