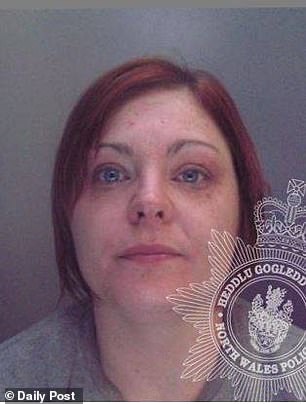 A drunk partygoer slapped, head-butted and bit three police officers when they tried to arrest her after they were called to a party.

Police responded to call about an assault and found a gathering of 30 people, a breach of the lockdown rules, at a house in Bethesda.

Many of the people were reportedly very drunk at the party.

Nerys Williams refused to go with police when they tried to arrest her.

Jamie Aston had to be treated in hospital because the bite was so severe.

Williams, of Fordd Carneddi in Carneddi, today appeared in court in Llandudno where she was charged with three counts of assaulting an emergency worker. 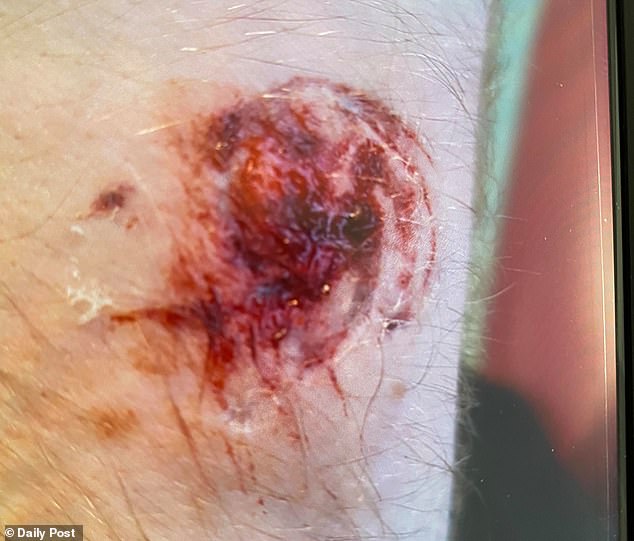 She slapped and head-butted PC Megan Roberts before viciously biting Jamie Aston and finally kicking officer Leon Portillo. Jamie Aston had to be treated in hospital because the bite (pictured) was so severe.

Williams, 32, pled guilty to the charges and was sentenced to 52 weeks in jail and a £128 surcharge.

Prosecutor James Neary told the court the situation the police found themselves in was deemed so serious it was classed as a ‘red one’ incident, and officers had to come from as far as Bangor.

Carla Forfar, defending, told the district judge that her client suffers from Post Traumatic Street Disorder following a ‘very, very abusive relationship in her past.’

During the incident, Williams, a support worker, had gone into ‘panic mode’.

She is ‘deeply apologetic’, said her solicitor.

Inspector Jon Aspinall, of North Wales Police, said: ‘Especially at a time when gatherings like this are prohibited it is very disappointing that my officers are subjected to physical violence whilst trying to keep our community safe.

‘This sentence sends a clear message that assaults on key workers will not be tolerated.’ 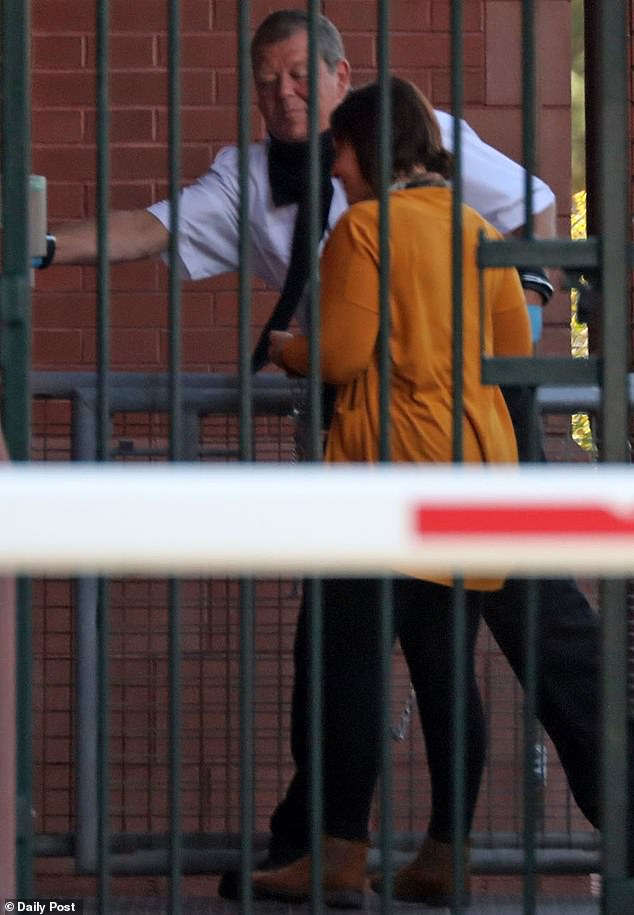 Pictured: Nerys Williams arriving at Llandudno Magistrates Court where she pled guilty to three counts of assaulting an emergency worker