Police officers were headbutted and kicked after a huge brawl broke out at a wedding reception when a drunk female guest was allegedly assaulted.

Police were called to Teesside Bridge Social Club in North Ormesby, Middlesbrough, on September 4 after a woman was allegedly attacked at a wedding reception.

Chantelle Smith, from Middlesbrough, was said to have been assaulted by a man who pinned her up against a wall by the neck, Teesside Magistrates’ Court heard.

The alleged attack sparked a 999 call and officers arrived at the wedding reception, which had 50 guests in attendance.

But when officers tried to arrest the man who allegedly attacked Smith, 40, she denied being assaulted, kicked a police officer in the shin and swore at them.

Police were called to a wedding reception in North Ormesby, Middlesbrough, on September 4 after Chantelle Smith, 40, (pictured) was allegedly assaulted 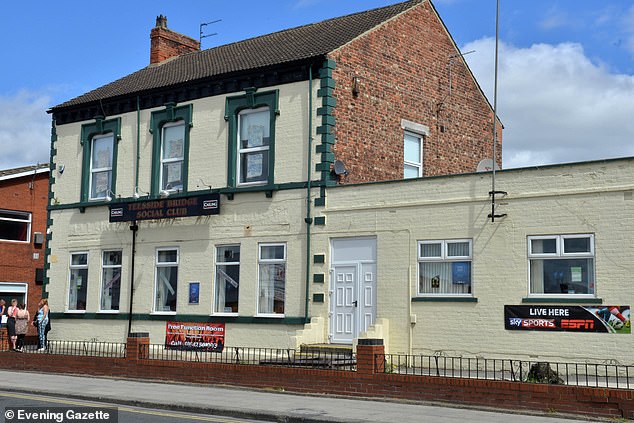 Smith, who smelled strongly of booze, walked away from the officers, refused to speak to them and repeatedly denied that she had been attacked.

Officers attempted to arrest the man who’d been accused of assaulting her but Smith put her arm out, shouting ‘f***ing get off him’, the court heard.

Care worker Keiron Wilson, 19, then became involved in the brawl and tried to punch one of the officers, before headbutting a second officer.

The court was told that the police officer was in pain but there was no visible injury from the headbutting. Wilson was placed in handcuffs and arrested.

Mark Weetman, 37, who is the son-in-law of the groom, then blocked police from entering the social club by standing in front of the door and making a ‘physical barrier’.

The court heard father-of-four Weetman said ‘get your f***ing hands off me’ and tried to square up to the officer, as he tried to pass him. 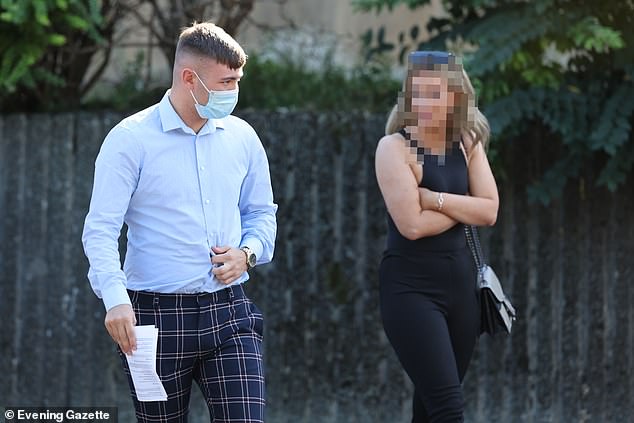 Keiron Wilson (pictured), 19, became involved in a brawl and tried to punch one of the officers, before headbutting a second officer. Wilson was placed in handcuffs and arrested

Prosecutor Rachael Dodsworth said: ‘A male had had a female pinned up against the wall outside the premises and had been holding her by the neck. That’s why the police initially attended.’

Smith admitted being drunk and disorderly in a public place and assault by beating an emergency worker.

Speaking about Wilson’s arrest for headbutting a police officer, the prosecutor told the court: ‘While in custody he did say ‘I’m sorry I don’t know why I did that’.’

Wilson, from Middlesbrough, admitted two counts of assault by beating of an emergency worker.

Weetman, from Ormesby, Middlesbrough, admitted obstructing and resisting a constable in execution of duty.

Nick Woodhouse, defending Smith, said: ‘They went to speak to the person she believe assaulted her, she doesn’t cooperate with that, she’s arrested for being drunk and disorderly and foolishly she kicks out at the officer.

‘He’s not injured, it’s a bit of discomfort at the time.’

Her solicitor told the court that she couldn’t remember the incident at all but ‘clearly regrets it and is remorseful for it’. 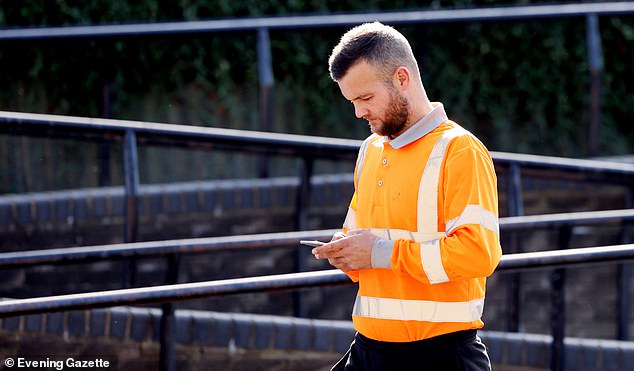 Mark Weetman (pictured), 37, who is the son-in-law of the groom, then blocked police from entering the social club by standing in front of the door and making a ‘physical barrier’

Andrew McGee, defending care worker Wilson, told the court: ‘He’s thrown one assault that missed and he threw his head against another officer that did connect.’

Mr McGee said that the officer was not left injured and Wilson immediately said sorry for his actions and has told his employers of the charges.

Mr McGee added that he was of previous good character and it was his first time before the court.

Adelle Hurne, defending Weetman, who is a tractor driver, said he is ‘remorseful and accepted that he was intoxicated and had ‘made a nuisance of himself’.

Chair of the bench Norman Alderson told Smith: ‘It seems to be a very sorry sight this wedding.’