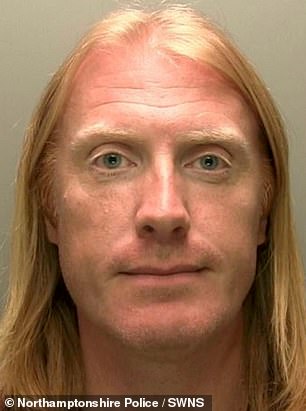 An ex-police officer has today been jailed for two years after he was caught by an undercover cop arranging to meet a 15-year-old girl in KFC with condoms and lubrication.

Alex John Foster, 43, was nailed in a police sting when a colleague posed as a vulnerable teenage girl online.

The former Northamptonshire Police special constable asked the girl what experience she had ‘with lads’ and said he was ‘looking for someone to have sex with’.

At the time of attempting to meet her, Foster was a police trainer with the force and was in a ‘position of trust’.

A court heard he even told the girl he ‘needed to be able to trust her’ as ‘she could be an undercover police officer’.

He arranged to meet the girl and on August 10, Foster was arrested in a KFC car park in Newark, Nottinghamshire.

Officers searched his car and found condoms and lubricant.

Foster, of East Haddon, Northamptonshire, admitted three charges relating to sexual communication with a child, including arranging or facilitating and intentionally encouraging or assisting.

Today he was jailed for two years at Lincoln Crown Court. 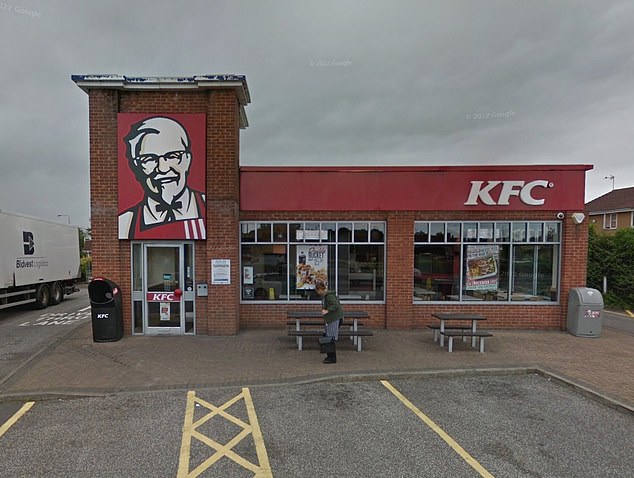 Recorder House told him: ‘You believed you were meeting a 15-year-old girl. Your intention was to have sexual intercourse.

‘The activities that you intended is why this offence is so serious.

‘You were in a position of trust because of working for Northamptonshire Police. That impacts the public perception.’

The court heard Foster had been a special constable for 20 years before being a police trainer at Northamptonshire Police.

The force have also confirmed he quit his job the day before he was due to attend a misconduct hearing last month.

In July this year he began talking to a ’15-year-old girl’ on social media.

When they began talking, the ‘girl’ told Foster that she would turn 16 the following month. 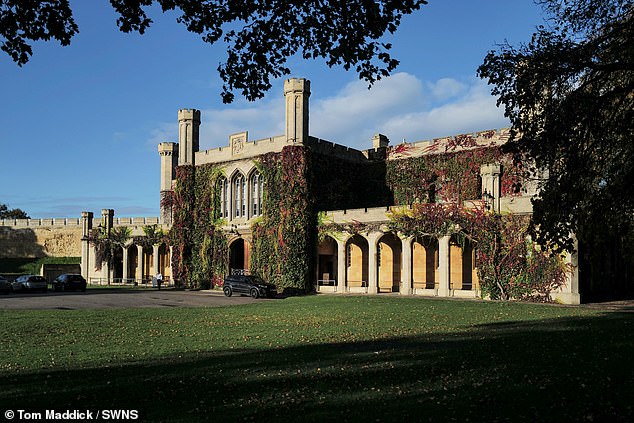 After admitting to three charges relating to sexual communication with a child, Foster was sentenced to two years in jail at Lincoln Crown Court (pictured)

Prosecutor Gurdial Singh told the court Foster was ‘under no illusion about her age’.

Foster told the ‘girl’ he was ‘looking for someone to have sex with’.

Two days later Foster blocked the ‘girl’ before she reached out on another social media platform and the conversation resumed.

Over the course of two weeks, sexually explicit content was exchanged between the two parties.

Mr Singh said a meeting had been arranged but Foster ‘wanted to cancel and then changed his mind’.

But he changed his mind and on August 10 he travelled to Newark KFC where he was arrested by waiting officers. 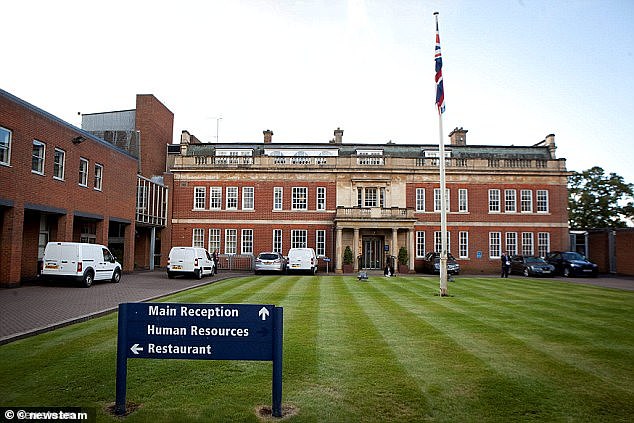 An undercover officer posed as a ’15-year-old’ girl in a police sting to catch Foster who he arranged to meet with to have sex. Pictured: Northampton Police HQ

When questioned about the condoms and lubrication, Foster told police he ‘ordinarily carried’, the court heard.

Foster had also previously been the subject of a police misconduct hearing in 2019 which resulted in a final written warning.

Siward James-Moore, defending, said: ‘The facts of this case are clear and they do not make for pleasant listening.

‘He is of previous positive, good character given his long service and he is of low to medium risk of reconviction.

‘He was a hard working man who fell off the rails. It was out of character and aberrant behaviour and not the making of the man.’

Foster was also made subject to a 10-year Sexual Harm Prevention Order (SHPO).