Police failed to properly investigate a stalker who sent ‘threatening’ messages to one ex-girlfriend before he went on to stab another to death, a review has found.

Joshua Stimpson was jailed for life for the vicious murder of Molly McLaren in Chatham, Kent in 2017. He stabbed her 75 times after following her to the gym.

It later emerged that Stimpson had stalked another of his ex-girlfriends, Alexandra Dale, when he was living in Stoke-on-Trent four years earlier.

A domestic homicide review (DHR) has now highlighted problems with how Staffordshire Police handled Stimpson after he was accused of harassing Ms Dale. 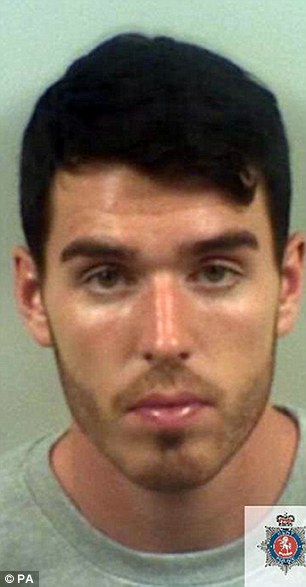 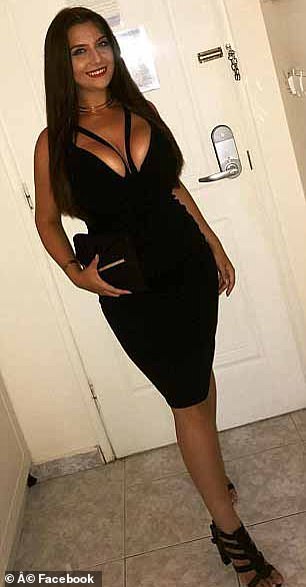 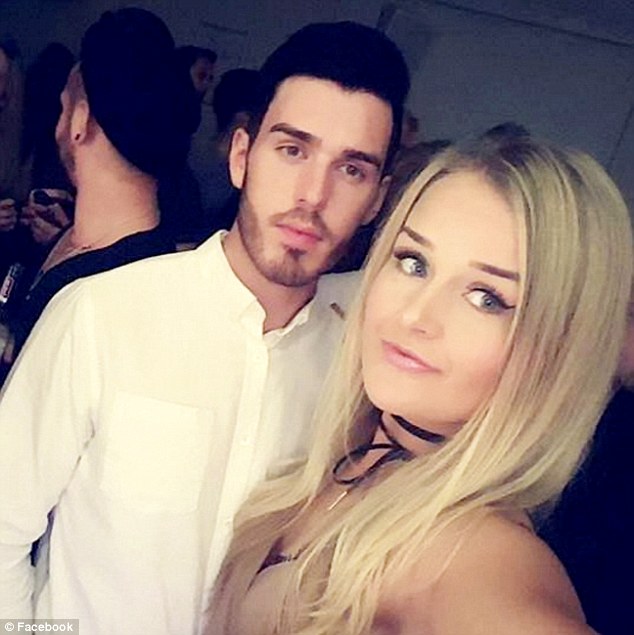 A review has now found that if Staffordshire Police had categorised the earlier stalking case differently, the details would have been available to Kent Police officers looking at Miss McLaren’s case

It states Stimpson had repeatedly sent text messages to Ms Dale after just one date, but this had not been recorded as a crime.

Ms Dale’s mother also blamed Stimpson after the tyres on her car were slashed, but the investigating officer did not believe there was enough evidence to make Stimpson a suspect.

Instead he sent a text message to Stimpson, warning him to stop making contact with Alexandra. No further action was taken.

Kent Police, later investigating Stimpson’s stalking of his murder victim Miss McLaren, could have been alerted to the fact he had a history had Staffordshire handled the earlier incidents differently, the report says.

Staffordshire Police has now accepted that the 2013 investigation was ‘not up to the required standards’.

The officer concerned has received ‘management advice’ and the force has changed the way it deals with stalking cases.

CCTV footage showed Stimpson chatting to Miss McLaren at the gym before the attack, then being arrested in the fitness centre’s car park

The DHR report, carried out by the Kent and Medway Community Safety Partnership, states: ‘The potential relevance of Staffordshire Police’s involvement hinges on whether, had things been done differently, Kent Police might have found out about the 2013 incident in Staffordshire when [Miss McLaren] reported her concerns about [Stimpson].

‘This could have been achieved in two ways: first, if [Stimpson] had been named as a suspect for a crime, a search of the police national database would have revealed this.

‘Second, if he had been cautioned or convicted of a criminal offence, this would have been recorded on the police national computer. Unlike information recorded on Storm (Staffordshire Police’s internal incident management system), that on the PND and PNC is available to all police forces.

The report states that Ms Dale’s mother phone Staffordshire Police in 2013 and said her daughter had received ‘months of abusive texts’ from Stimpson, which were ‘generally of a threatening nature and name-calling’.

But an officer who later met them recorded that the text messages from Stimpson were ‘not of a threatening or offensive nature’, and were just comments on things she had posted on Twitter. 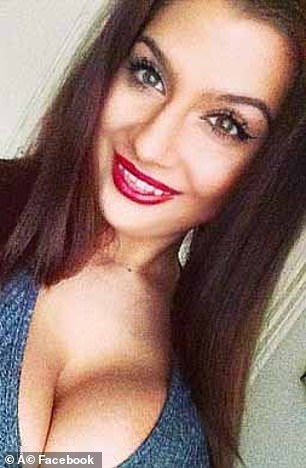 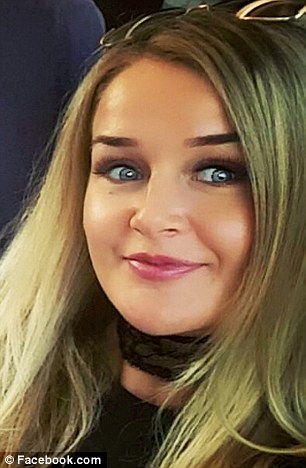 A review looked at the police handling of the two cases. An officer involved in Ms Dale’s case has been given ‘words of advice’

The officer made several attempts to call Stimpson, with no answer, and so he sent a text message to him later that day.

The report found the sending of a text was not a reliable way of dealing with the complaint.

The report also says the officer might have been expected to demonstrate ‘more professional curiosity’ in following up the allegation that Stimpson had slashed the tyres.

In 2016 Staffordshire Police revised its stalking and harassment policy, so officers are now required to record stalking as a crime, even if the victim does not want the police to take further action.

Obsessive Stimpson was jailed for at least 26 years for the murder of university student Miss McLaren, after he stabbed her 75 times.

Stimpson and Miss McLaren had been in a seven-month relationship since late 2016 after meeting on Tinder, but she ended it about two weeks before the fatal attack. 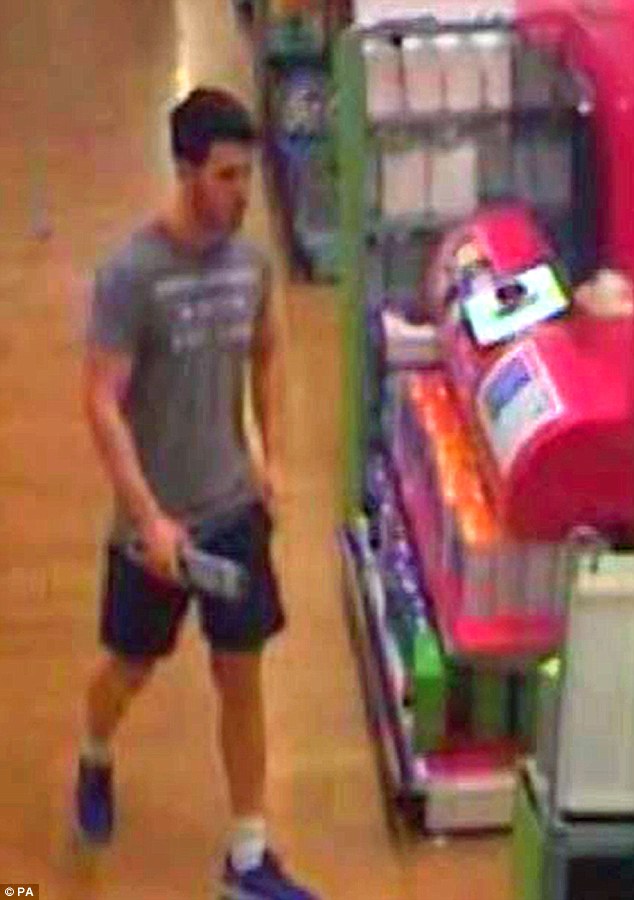 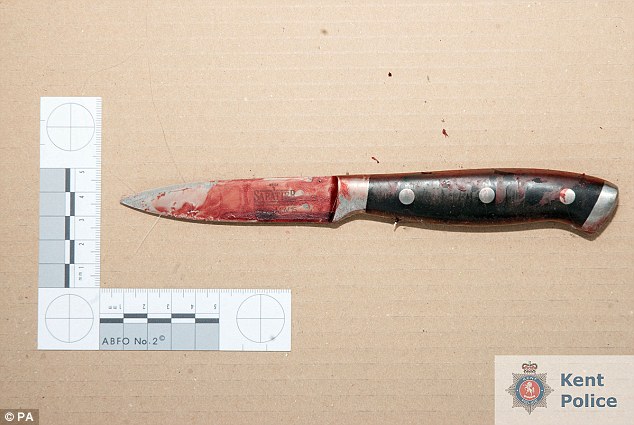 At the time of his trial, police released this shocking image of a knife used by Stimpson

After they split, he began to post things about her online and follow her on nights out.

A Staffordshire Police spokesman said: ‘Our thoughts remain with the family and friends of Molly McLaren. We accept that our 2013 investigation was not up to the required standards. As a result, a police officer received non-disciplinary action – management action by way of words of advice.

‘Staffordshire Police participated fully in this DHR, which sought to identify and analyse the contact that the police and other partner agencies had with the victim and perpetrator. We acknowledge the value that it brings to critically and independently review our policing response.

‘Significant improvements have been made to our safeguarding and investigative approach to stalking and harassment, but we have more work to do. We are committed to ensuring officers and staff understand stalking and harassment and their devastating impact so they can better respond to incidents reported to us.

‘A dedicated stalking risk assessment tool has been introduced which requires officers to examine the wider circumstances in each case, to identify patterns of stalking behaviour and ensure that all investigative opportunities are being pursued.

‘Officers and police staff have received refreshed stalking and harassment training including from national stalking charity Paladin. Signposting to specialist support agencies was a key focus.

‘Our systems are now able to capture stalking offenders as a standalone category so risks and offences can be captured at an early stage and victims can be given support and resources put in place.