The NFL is reviewing an alleged autograph interaction between two referees and Tampa Bay Buccaneers wide receiver Mike Evans, a league source told Yahoo Sports. The exchange was captured on video by a Carolina Panthers beat writer and posted on Twitter following the game.

In the two interactions on a pair of separate videos, referees Tripp Sutter and Jeff Lamberth can be seen handing Evans a piece of paper and a writing utensil, at which point each stands by individually as Evans appears to write something down before handing the paper back to them. It was filmed by Panthers beat writer Sheena Quick, who posted each to her Twitter account following the Panthers’ 21-3 win over the Buccaneers.

The collective bargaining agreement has a provision between the NFL and NFL Referees Association that regulates the conduct of officials and prohibits them from directly “ask[ing] players, coaches or any other team personnel for autographs or memorabilia.” However, officials can seek autographs with direct requests through the league’s officiating department.

It isn't clear what Evans was writing on the paper given to him. Lamberth could be heard calling to Evans on one video, with Sutter then handing the receiver a piece of paper and a writing utensil. Quick posted a second video where a referee waited as Evans was writing on something in his hands.

A league source with decades of experience as an NFL player and a longtime executive told Yahoo Sports he wasn’t aware of anything a player would be required to sign for officials in a postgame tunnel or anywhere else.

“I don’t think that’s procedural,” the source said. “… I don’t know of a situation where Mike Evans would have to sign something.” 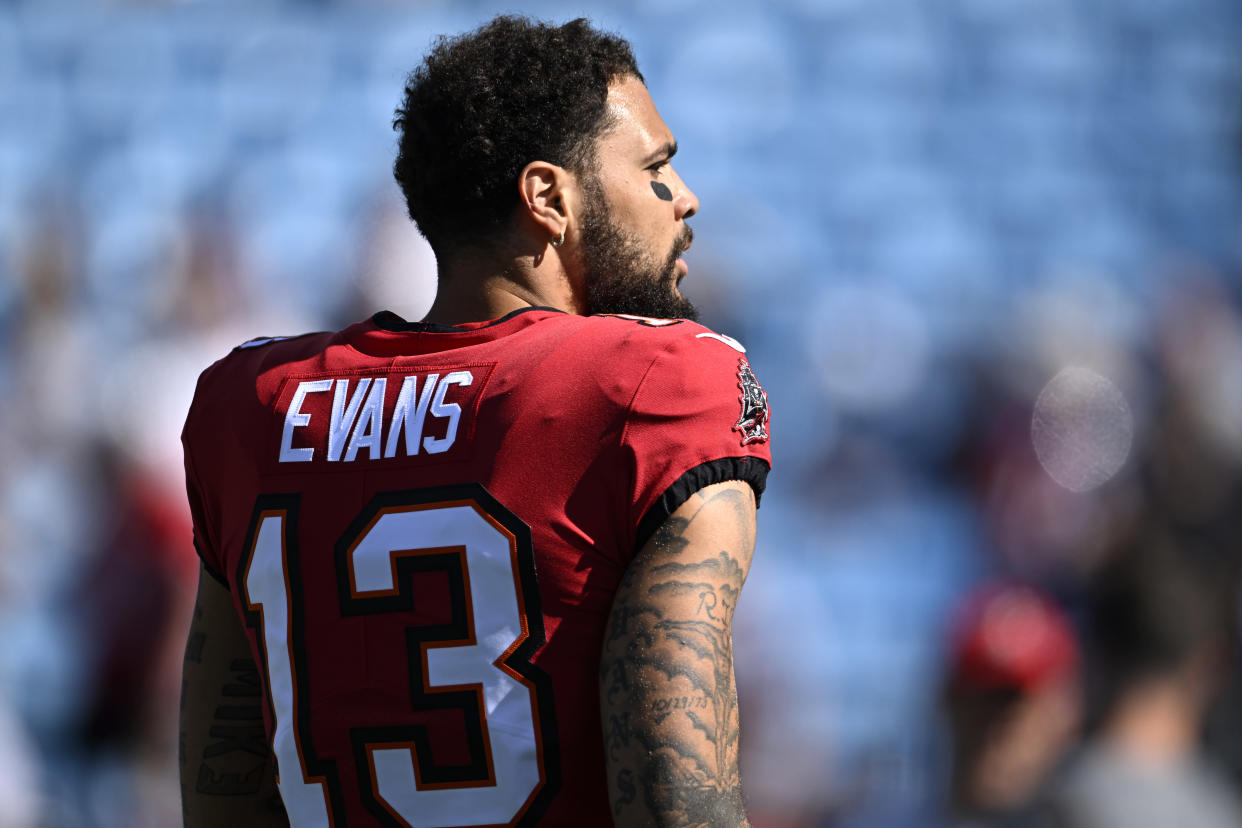 As the video made the rounds through the NFL on Monday, it drew some verbal groaning from some team executives and coaches who had the tweets and video shared with them. All agreed the interaction was not a normal occurrence in a postgame tunnel between a player and officials.

“Never [seen that] in all my years in the league,” an NFC general manager said.

The grousing was more eye-rolling than anyone calling out a legitimate integrity concern, with a few executives also expressing that they didn’t see it as a big deal. But most agreed that for a league always worried about optics — and certainly concerned with how officiating is perceived — the interaction could have been handled better regardless of whether it was an autograph request or anything else.

A report by Football Zebras, an outlet with a long and detailed track record of covering NFL officials, posted a response from a source familiar with the league’s investigation Monday that claimed Evans was not asked for an autograph. The source declined to say what Evans was writing or why he was asked to write it.

“The optics are obviously not good,” the source told Football Zebras. “The league has photos of the card. I’ll let them say what they want about their investigation. Lamberth didn’t get an autograph. Sutter is wholly innocent, just doing what was asked of him by a crew mate, not understanding fully what was going on.”

According to the site, the source said Evans was signing a card that game officials use to track different points of information, including timeouts, game captains, fouls and other data. But the site said it was irregular for Evans to sign such a card.

“There is no routine that requires Evans, as a team captain, to sign or fill out anything for the officials,” the report said. “If there is a legitimate purpose to obtain information from Evans — such as contact information for a charity event in the offseason, hypothetically — that is better handled through the officiating department and team officials.”