Prince Harry has recalled the horrific moment he watched the 9/11 attacks as a teenager – and how he demanded a visit Ground Zero to meet victims’ families during his official trip to the US eight years later.

The Duke of Sussex, who was aged 16 at the time, was surrounded by his ‘shocked and silent’ classmates when he watched the devastating attacks on the Twin Towers, he revealed in his memoir ‘Spare.’

Harry was still a student at Eton College – and said that right after lunch everyday he would go into the TV room in his boarding house to watch Neighbors – an Australian sitcom show.

But on September 11, he unknowingly walked into the room to find it packed with his fellow classmates who had their eyes locked on the television. 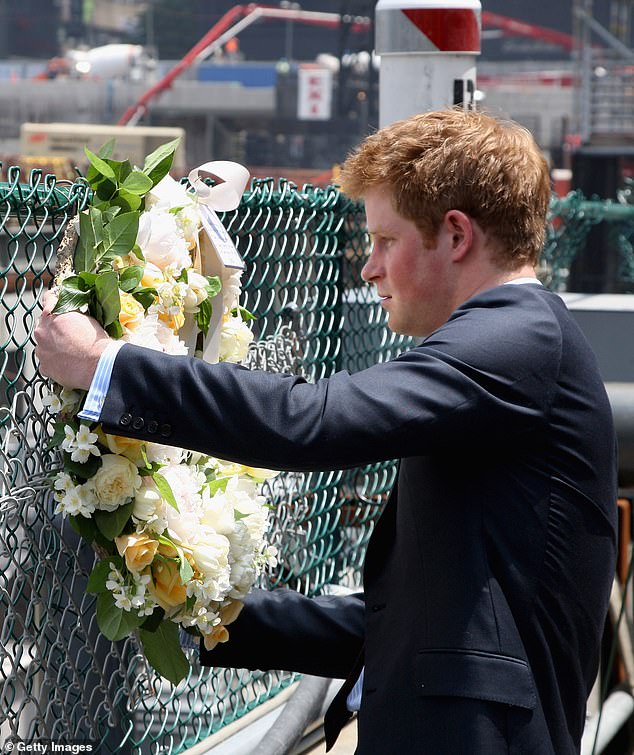 Prince Harry pictured at the World Trade Center, on May 29, 2009, as he paid his respects to those who died in 9/11. This was his first official royal trip to the US, and he demanded that visiting the site was put on his itinerary 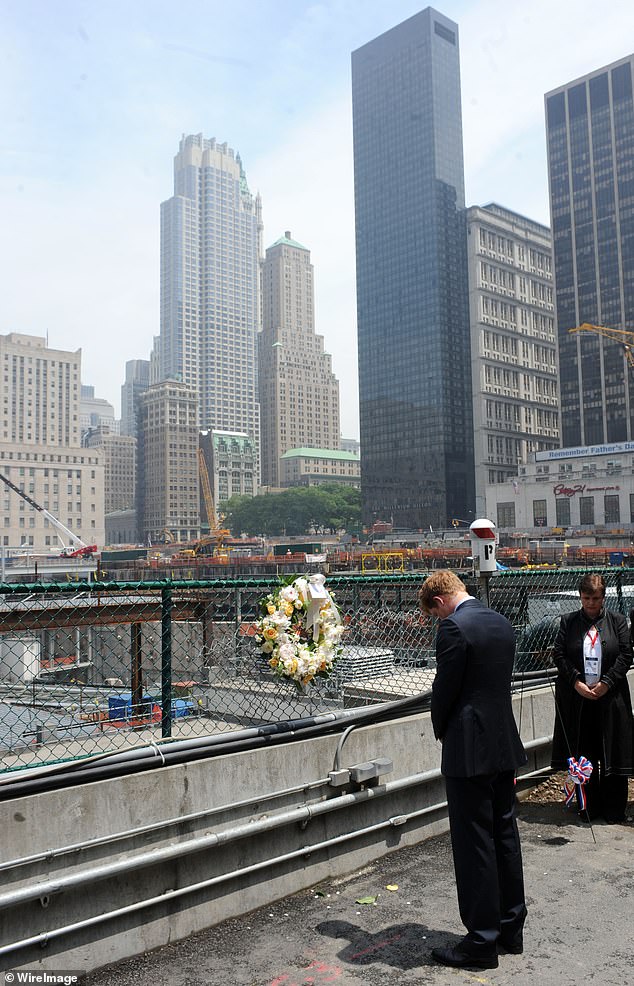 The young Prince, who was 25 at the time, paid his respects at Ground Zero. The construction of the memorial was just underway when he first visited 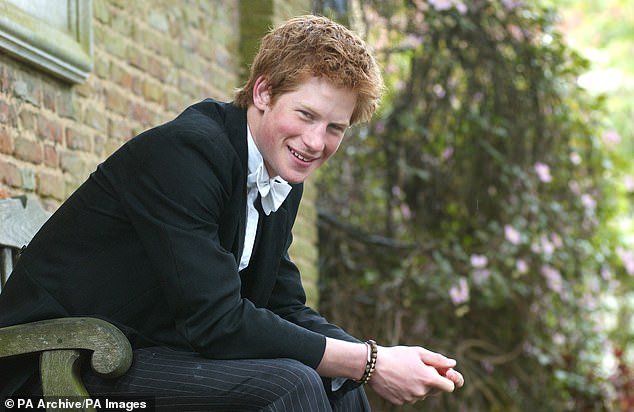 Prince Harry, pictured in his Eton College uniform in 2003, recalled that he found out about the 9/11 attacks while at school. He watched the news among his fellow classmates – who were all stunned into silence at the horrific unfolding world event

They were watching the tragic news – which Prince Harry described as ‘a nightmare’ once he realized what was unfolding in front of him.

Prince Harry recalled the chaos unfolding – as he watched the Twin Towers ‘melt’ and people ‘jump from rooftops’ on screen – while the room at Eton became overwhelmed with young boys biting their lips and nails in shock.

The Duke said that he and his fellow pals were ‘astonished and in silence’ as they watched the painful reporting on the television screen.

Harry also wrote in his memoirs that he was sent on his first official trip to the US years later in 2009 – where he made sure that visiting the World Trade Center was in his itinerary.

And he said that he has never forgotten meeting the ‘parents, spouses, and children’ of victims while on his New York trip. They were ‘clutching at photos of mothers and fathers who had been crushed, vaporized, or burned alive.’

He wrote in Spare: ‘I wanted to visit wounded soldiers and leave a wreath at the World Trade Center…September 11 was abominable and indelible…the most heinous crimes in world history.’ 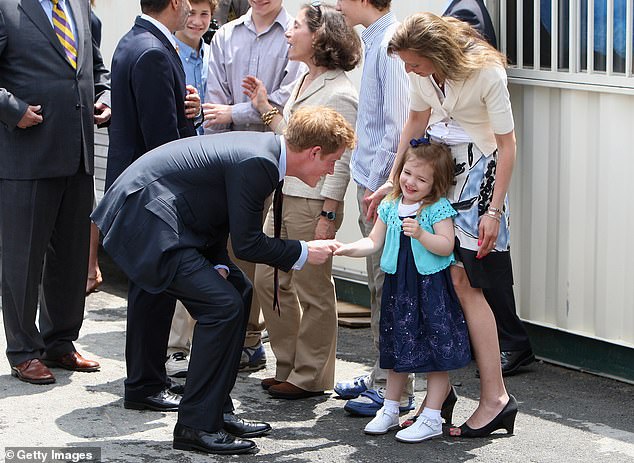 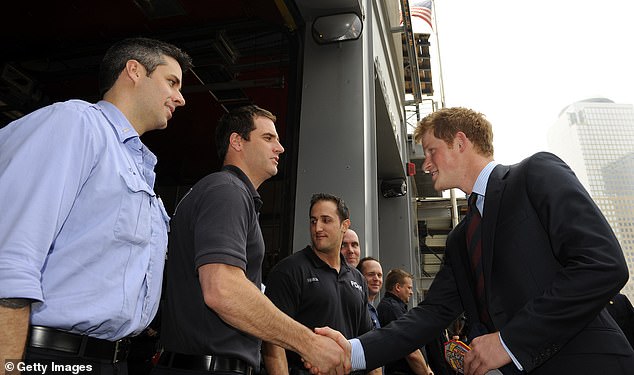 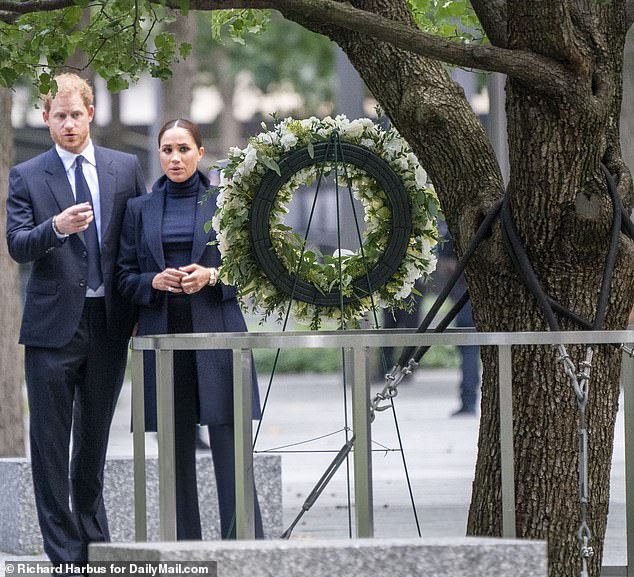 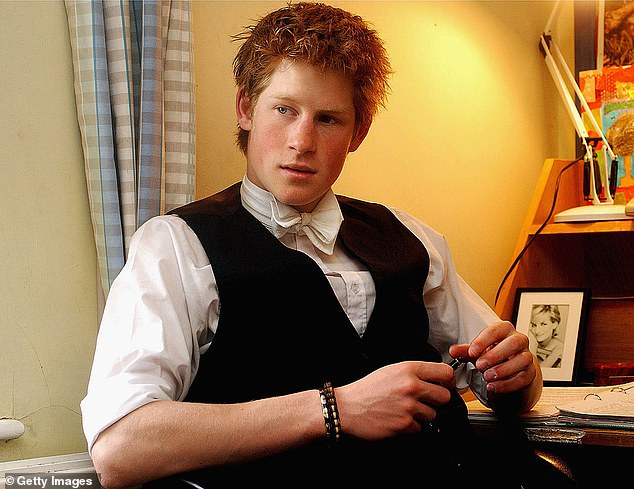 Harry, pictured relaxing in his door room in 2003, said that he remembers the moment he realized what had happened at the World Trade Center. He was just 16-years-old at the time, and had finished having lunch at school 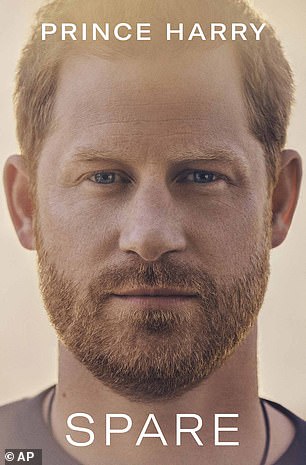 His two-day visit to New York City in 2009 started with a visit to Ground Zero – where he bowed his head and observed a minutes silence after placing a wreath near the site.

He was then taken on a brief tour of the construction site before meeting firefighters from a nearby station who were involved in the rescue attempt.

It read: ‘In respectful memory of those who lost their lives on September 11, 2001, and in admiration of the courage shown by the people of this great city on that day.’

At the time, the construction of the memorial site was only just underway.

Harry arrived at the site of the World Trade Centre in downtown Manhattan in glorious sunshine, dressed in a dark blue suit with maroon striped tie. 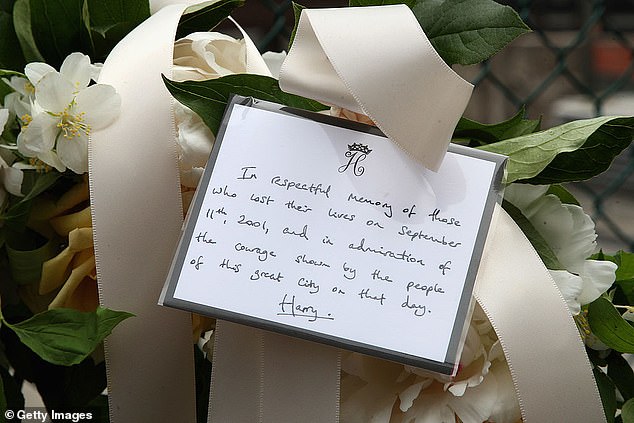 In 2009, Prince Harry left the wreath at the site, with a handwritten note that read: ‘In respectful memory of those who lost their lives on September 11, 2001, and in admiration of the courage shown by the people of this great city on that day’ 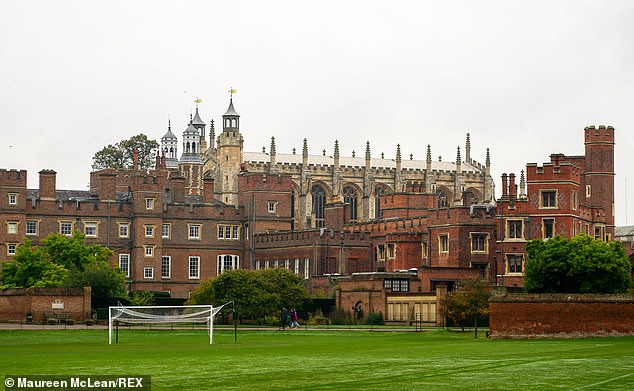 Pictured: Eton College, one of the most prestigious boarding schools in England, UK. Both Prince Harry and William attended the school during their teen years

At the time, reports said that the young royal glanced upwards, seemingly taking in the enormity of the structures felled in the attack, and said simply, ‘Wow’.

He then met then New York state governor David Paterson, thanking him briefly for having him over, before meeting the families of 9/11 victims.

Prince Harry, who was aged 25 at the time, insisted that there were no special arrangements for his journey – taking a commercial flight to New York.

In 2021, Harry returned to the World Trade Center to pay his respects on the 20th anniversary of the tragedy – this time with his wife, Meghan Markle.

The pair, who had quit their Royal Family duties by this point, both wore black as they laid a wreath and took a moment to pay their respects to those who died in 9/11. 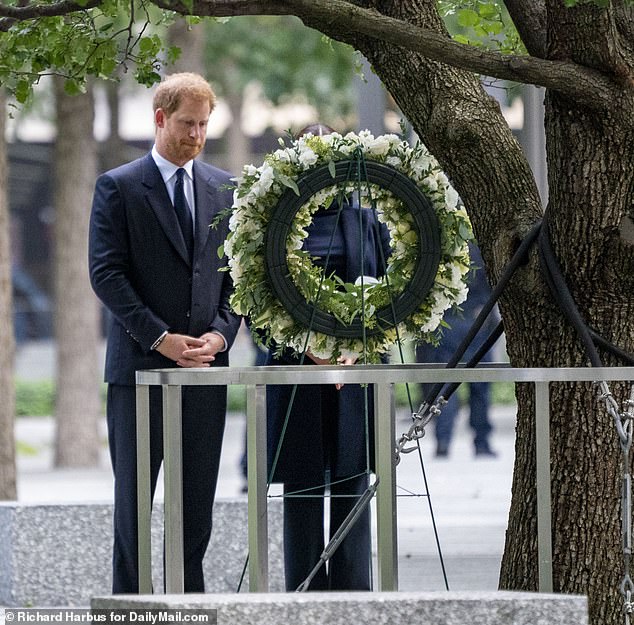 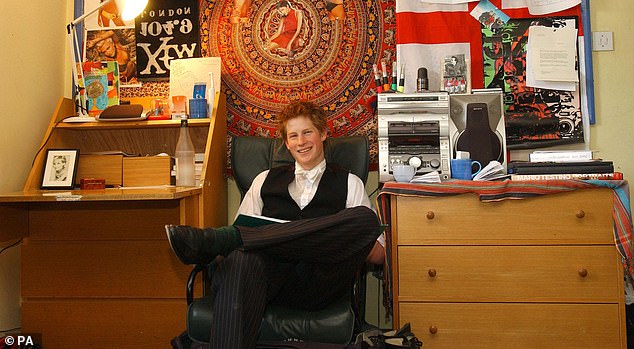 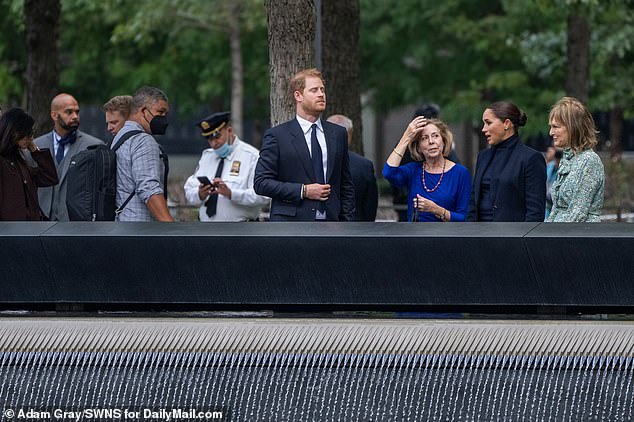