The collective declared a cyber war against the Kremlin after Putin ordered his troops to invade Ukraine towards the end of February. Since the declaration, the cyber guerrillas have launched a number of attacks on Russia. Most of these have been distributed denial of service attacks (DDoS), where a site is rendered unreachable by being bombarded with traffic.

The cyber activists have already claimed responsibility for attacks on government and state media websites.

In one memorable incident, they hacked into Russian TV channels and broadcast scenes of the war in Ukraine.

Now, the cyber guerrillas have struck again, bringing chaos to the streets of Russia’s capital – Moscow.

Anonymous activists hacked into the systems of Moscow’s largest taxi company “Yandex” on Thursday, sending all their drivers to an address in the capital’s centre.

The result was a massive traffic jam along Kutuzovsky Prospect, a main traffic artery in the western part of the city.

Video footage from the scene shows a massive tailback of yellow taxis near the Napoleonic triumphal arch. 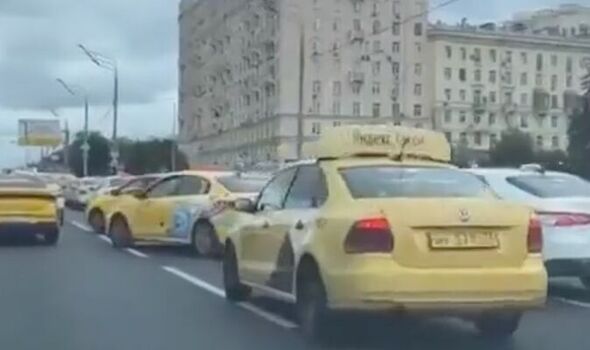 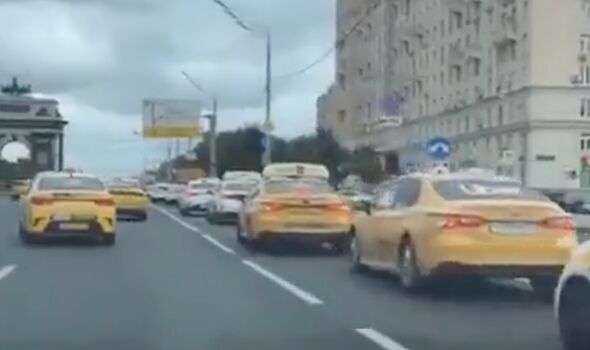 They wrote: “#Moscow had a stressful day yesterday.

“The largest taxi service in Russia ‘Yandex Taxi’ was hacked by the #Anonymous collective.

“A traffic jam took place in the centre of Moscow when dozens of taxis were sent by the hackers to the address on Kutuzovsky Prospekt. #OpRussia”

Social media users delighted in the exploits of the cyber guerrillas and were quick to congratulate them on their successful mission. 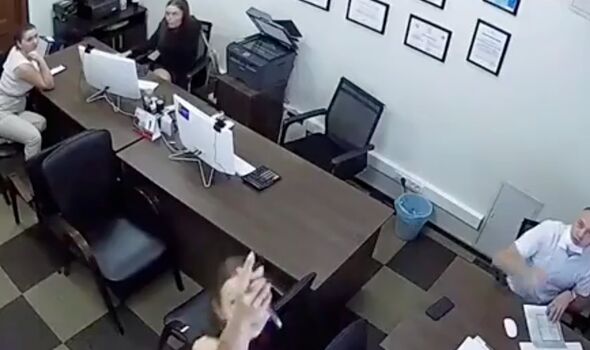 “Thrash till Death” wrote: “I guess next step is to book all Russian tanks at the Kremlin!!”

Hackers were also able to cause the Kremlin more embarrassment on the day Ukraine celebrated its Independence Day.

Cyber activists were able to hack into web cameras with loudspeakers in Russia and occupied parts of Ukraine.

They then played a Ukrainian song celebrating independence through the speakers, and recorded the reaction of people passing by. 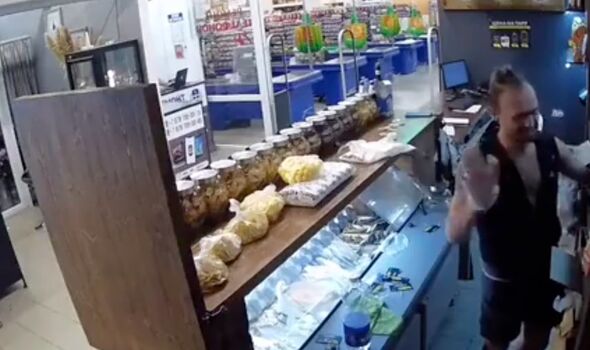 The video images comes from Moscow, Crimea and Donetsk in Ukraine’s Donbas region.

Social media user McKenzie Zobrist commented: “The reaction from the second guy made me smile.

“I can only imagine what it must be like living under occupation for so long and then getting this reminder on independence day that occupation won’t last for forever.”