Josh McCown gets to have it all this 2020 NFL season and is entering the history books while doing it.

McCown signed a contract with the Philadelphia Eagles to join their practice squad. It makes him the oldest practice squad player in NFL history at the age of 41, per ESPN’s Adam Schefter and the NFL.

McCown, who completed three passes in five attempts while with the Eagles last season after ending his retirement, will live in Texas. The contract is for $12,000 a week. He’s made more than $50 million over his 17-year NFL career, per Spotrac.

McCown will be the emergency quarterback behind starter Carson Wentz and backups Nate Sudfeld and Jalen Hurts. Eagles star tight end Zach Ertz, for one, is a fan.

McCown began his career with the Arizona Cardinals in 2002 when they took him in the third round of that year’s draft. He’s had stops with the Detroit Lions, Oakland Raiders, Carolina Panthers, Chicago Bears, Tampa Bay Buccaneers, Cleveland Browns and New York Jets.

He has more than 17,000 passing yards over his career with 98 touchdowns and a 60.2 completion percentage. He retired in June 2019 a few days shy of his 40th birthday. 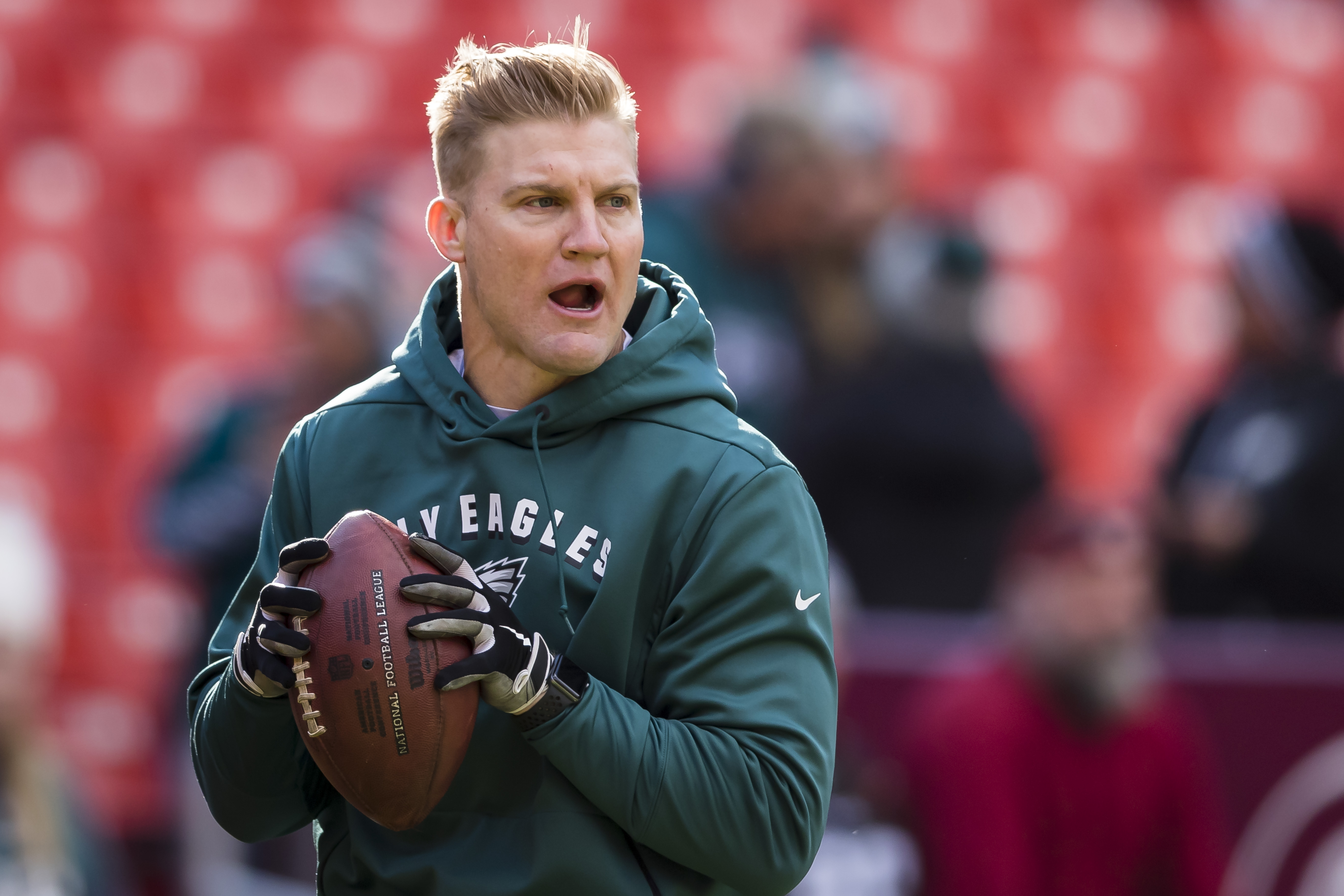 The veteran wants to be a coach one day and will be able to be a virtual player-coach, while being with his family in Texas, NFL Media’s Tom Pelissero reported.

McCown came out of retirement to join the Eagles after back-to-back quarterback injuries in the 2019 preseason. He only came back because the team had a chance to win, was on the East Coast and allowed him to continue coaching.

He flew to the family’s then-home in Charlotte, North Carolina, twice a week to coach football for Myers park High School, where his sons Owen and Aiden played. He would return on Mondays for the game plan, per ESPN, and again on Friday nights for games. He’d also visit with his wife, Natalie, and youngest daughter, Aubrey. (His oldest, Bridget, is at the University of Tennessee.)

He has also worked as an assistant coach at Marvin Ridge High School in North Carolina, beginning there after playing a season in the UFL and during the NFL’s lockout.