Hackers order Radiohead singer Thom Yorke to pay £150,000 ransom after stealing 18 hours of unheard music – but he refuses to pay and releases the tracks instead to raise money for Extinction Rebellion

Radiohead are releasing a haul of unheard music in aid of Extinction Rebellion instead of paying a ransom to the hackers who broke into their archive.

The thief threatened to expose the songs unless the band forked out £150,000. But Greenwood said that instead they are releasing it through the Bandcamp site so fans can decide for themselves whether they’d have been better off never hearing it.

He said sales were in aid of the climate change activists who closed down parts of London in April as they demanded the UK moves to net zero carbon emissions by 2025. 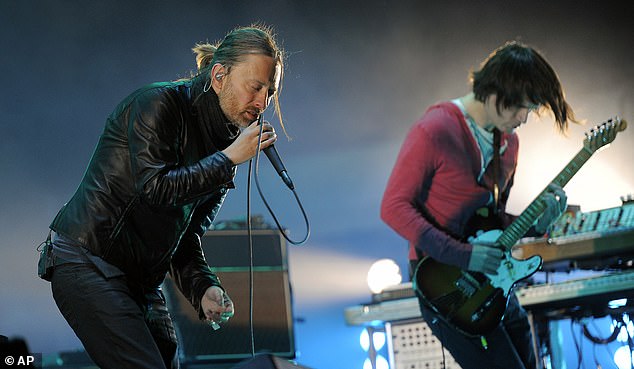 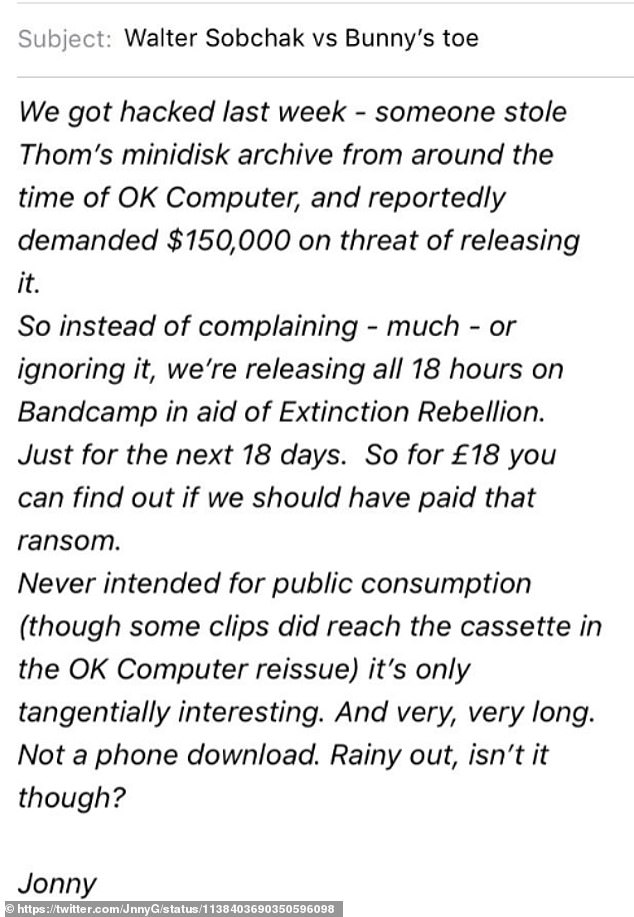 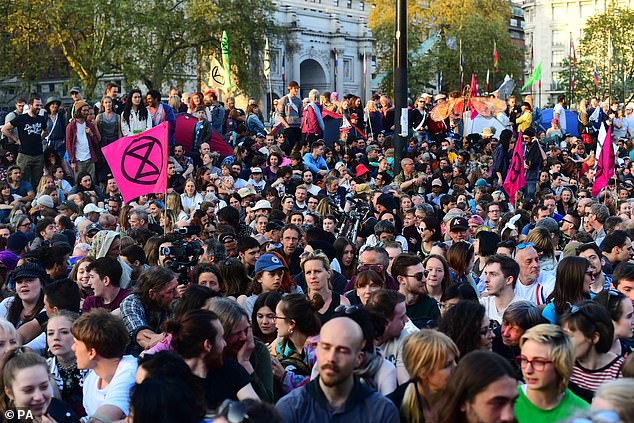 The musician tweeted: ‘We got hacked last week – someone stole Thom’s minidisk archive from around the time of OK Computer, and reportedly demanded 150,000 on threat of releasing it.

‘So instead of complaining – much – or ignoring it, we’re releasing all 18 hours on Bandcamp in aid of Extinction Rebellion.

‘Just for the next 18 days. So for £18 you can find out if we should have paid that ransom.

‘Never intended for public consumption (though some clips did reach the cassette in the OK Computer reissue) it’s only tangentially interesting. And very, very long. Not a phone download.’ He added: ‘Rainy out, isn’t it though?’ 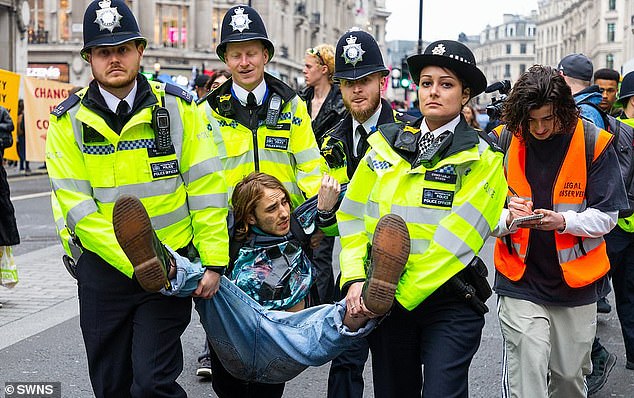 ‘If you want it, you can buy the whole lot here. 18 minidisks for £18. The proceeds will go to Extinction Rebellion. As it’s out there, it may as well be out there. Until we all get bored and move on.’

Police arrested more than 1,130 people during the London protests, at which more than 10,000 police officers were deployed.