EXCLUSIVE: Raiders are caught on camera stealing bottles of wine and beer from Sainsbury’s after smashing a brick through the store’s glass door

A pair of brazen thieves have been captured breaking into a Sainsbury’s Local and stealing bottles of alcohol.

The footage shows the two hooded men filling their bags with bottles of wine and beer before running away from the shop in Kilburn, north London.

A large brick had been used to smash the glass door of the supermarket before it was due to open at 6am.

The person who filmed the video, Erem Kansoy, 32, was helping his friend at an off-licence when he heard a noise at around 4.15am today.

The photo-journalist from London immediately ran towards the sound and captured the two men in the act.

He said: ‘I was working on the other side of the road about 50 yards away. 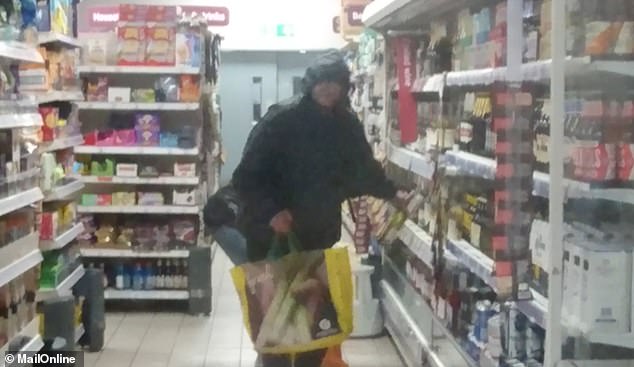 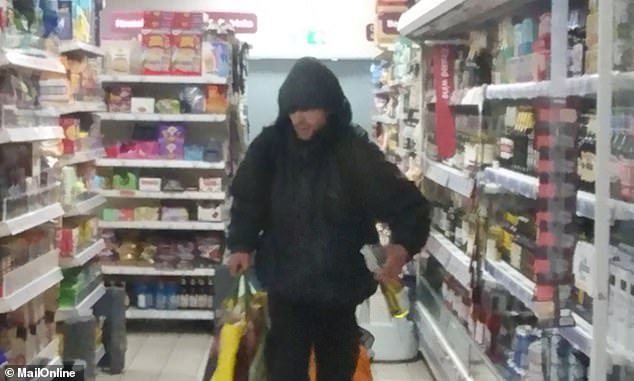 The person who filmed the video, Erem Kansoy, was helping his friend in an off-licence across the road when he heard a bang and ran towards it

‘There was a big bang and I ran outside towards it.

‘I just saw a couple of people, two people running and grabbing stock and filling the bags. I saw another outside the shop waiting round the corner.’

The video shows the two men fleeing in different directions with their hoard past bemused pedestrians.

Mr Kansoy showed police the footage when they arrived at the scene around 15 minutes later, according to the witness. 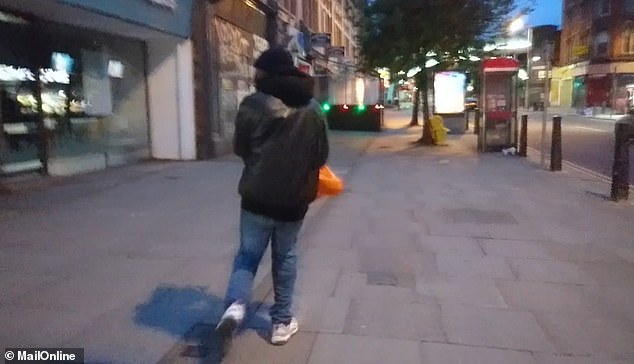 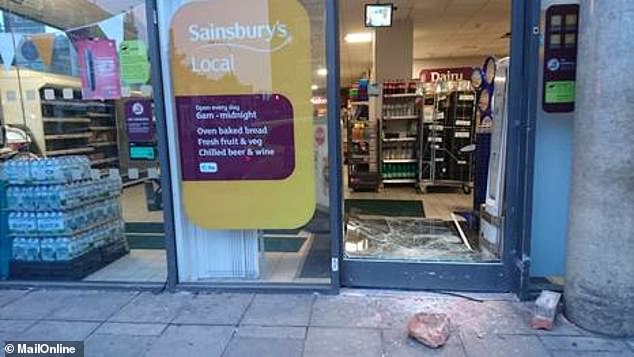