An early heatwave in Scandinavia has been pushed away by the remains of storm Miguel. 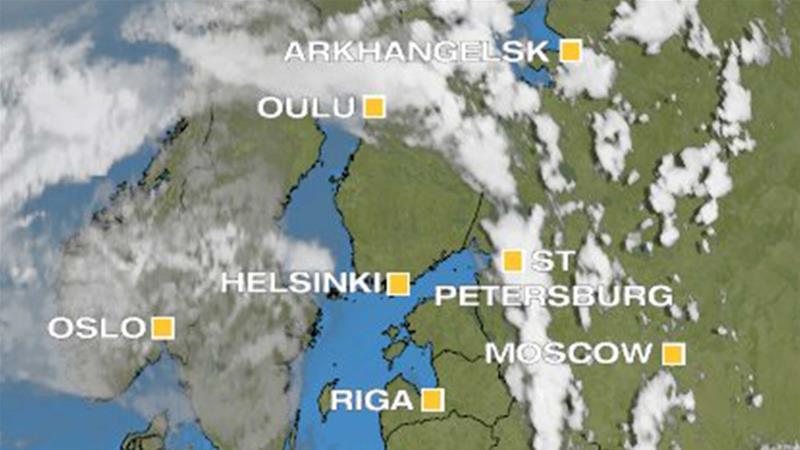 Warnings have been issued in Central Finland throughout the weekend for heavy rain and strong winds from severe thunderstorms, the remains of Storm Miguel, an unusual out-of-season depression that already brought gales and torrential rain to northwest France and the British Isles.

High temperatures were measured in Finland this week, with a record seasonal high of 32.2 degrees Celsius measured in the northwest coastal city of Oulu on Friday. That beat the June record by 0.5C and was more than 14 degrees above average.

Lightning bolts struck Finland about 16,000 times on Saturday. Matti Huutonen, a meteorologist at Finland’s public broadcaster Yle, said that is a large number for this time of year, equivalent to nearly half of the monthly average for June.

Crews were working on Sunday to repair power outages following bands of thunderstorms late on Saturday that left some 20,000 customers without electricity.

Early next week, colder conditions bring a chance of snow into northernmost Finland. Temperatures in southern and central Finland should be near 20C on Monday, a 10-degree drop. Wednesday night may even bring severe frosts to central and northern parts of the country.

The Finnish Meteorological Institute has confirmed that 2018 was the hottest year in Finland since records began over 150 years ago, fuelling further concerns over the pace of climate change.

The institute has also confirmed that “about half” of the warmest years on record were all in the previous decade, with 2011, 2013, 2014, and 2015 all shattering heat records.

The summer of 2018 in Finland was unique in that not only did the heatwave last for an extended unbroken period, but there was also exceptionally little rain.

The institute says the trend is further supported by the report’s evidence that winter days with abnormally low temperatures are becoming a thing of the past.

Finland’s top meteorologists even say that daily cold records will soon become “etched in stone”, in that there is little chance that they will ever be surpassed.