THIS is the moment a randy passenger was caught performing a sex act on a driver as they sped down the motorway at 65mph.

Shocking footage shows the amorous driver "acting like it was the best day of his life" as he cruised along the M6. 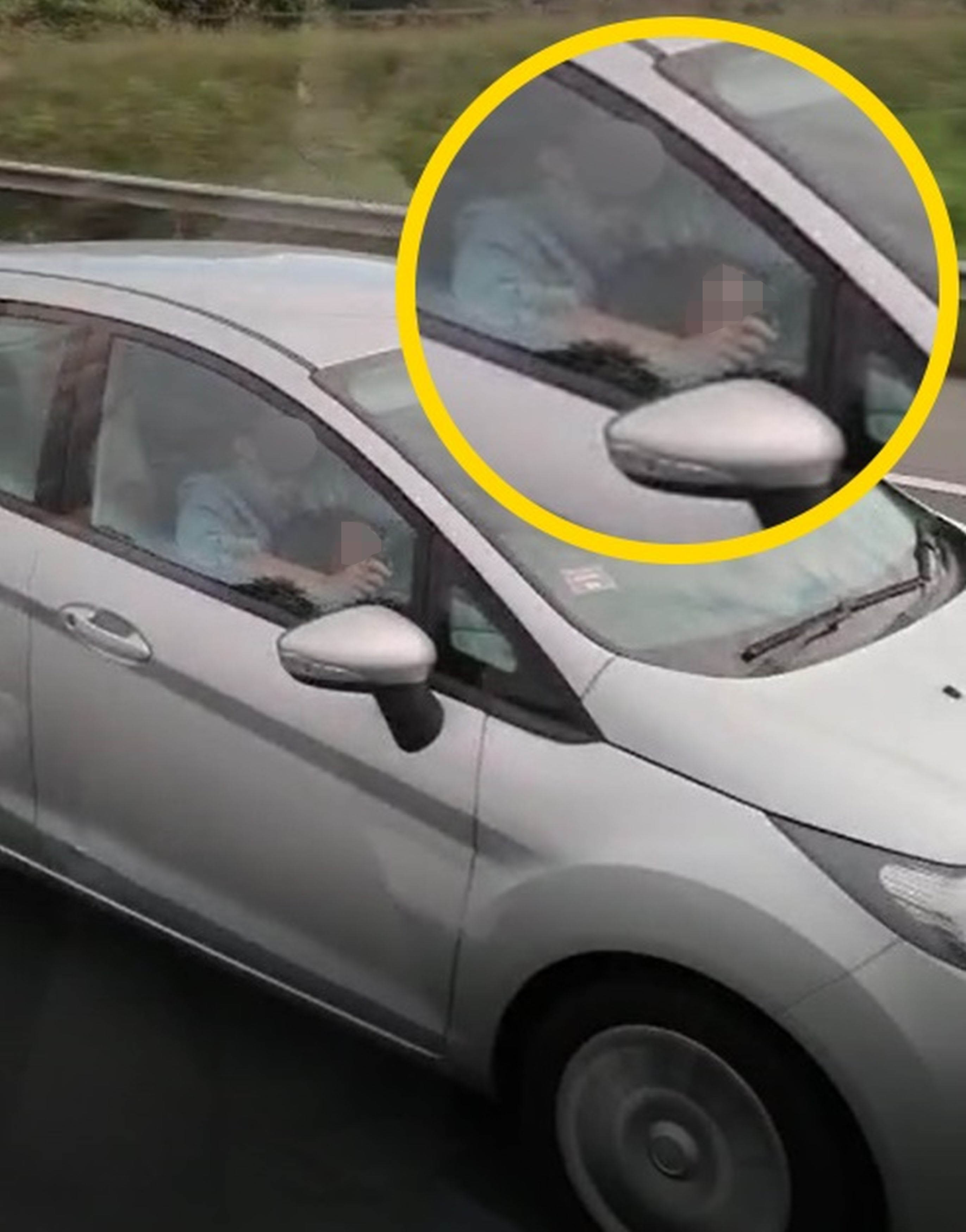 Stunned Tanya Coombes whipped out her phone to film the pair as they engaged in a steamy sex show on the way to Fife, Scotland.

She said the silver Ford Fiesta overtook the car she was travelling in – with the man "grinning" at the camera as the woman's head bobbed up and down in his lap.

Clerical assistant Tanya said: "He was smiling and acting as if it was the best day of his life.

"She was performing [a sex act] on him and was obviously mortified as she lifted her head up.

There’s a time and place for that kind of thing, it’s disgusting. You’re going down the M6 for god’s sake, it’s a high speed motorway

“Her head went straight into her hands – he’s got a look on his face that says he thinks he’s the best thing since sliced bread."

Tanya was with a group in a van on the busy motorway at around 7.30pm when they saw the raunchy antics unfold.

She believes the car was travelling at around 65mph when it overtook them – with the driver "grinning and proud" of being caught in the act.

But she has slammed the couple over their X-rated antics as it was the Bank Holiday and they could have been seen by families getting away for the weekend.

Tanya fumed: "There’s a time and place for that kind of thing, it’s disgusting. You’re going down the M6 for god’s sake, it’s a high speed motorway.

"A multitude of things could have happened. The motorway wasn’t quiet that evening as it was Bank Holiday weekend – everyone was travelling.

"We found it really funny but afterwards we did think what could have happened if there had been an accident, his missus could have been really hurt.” 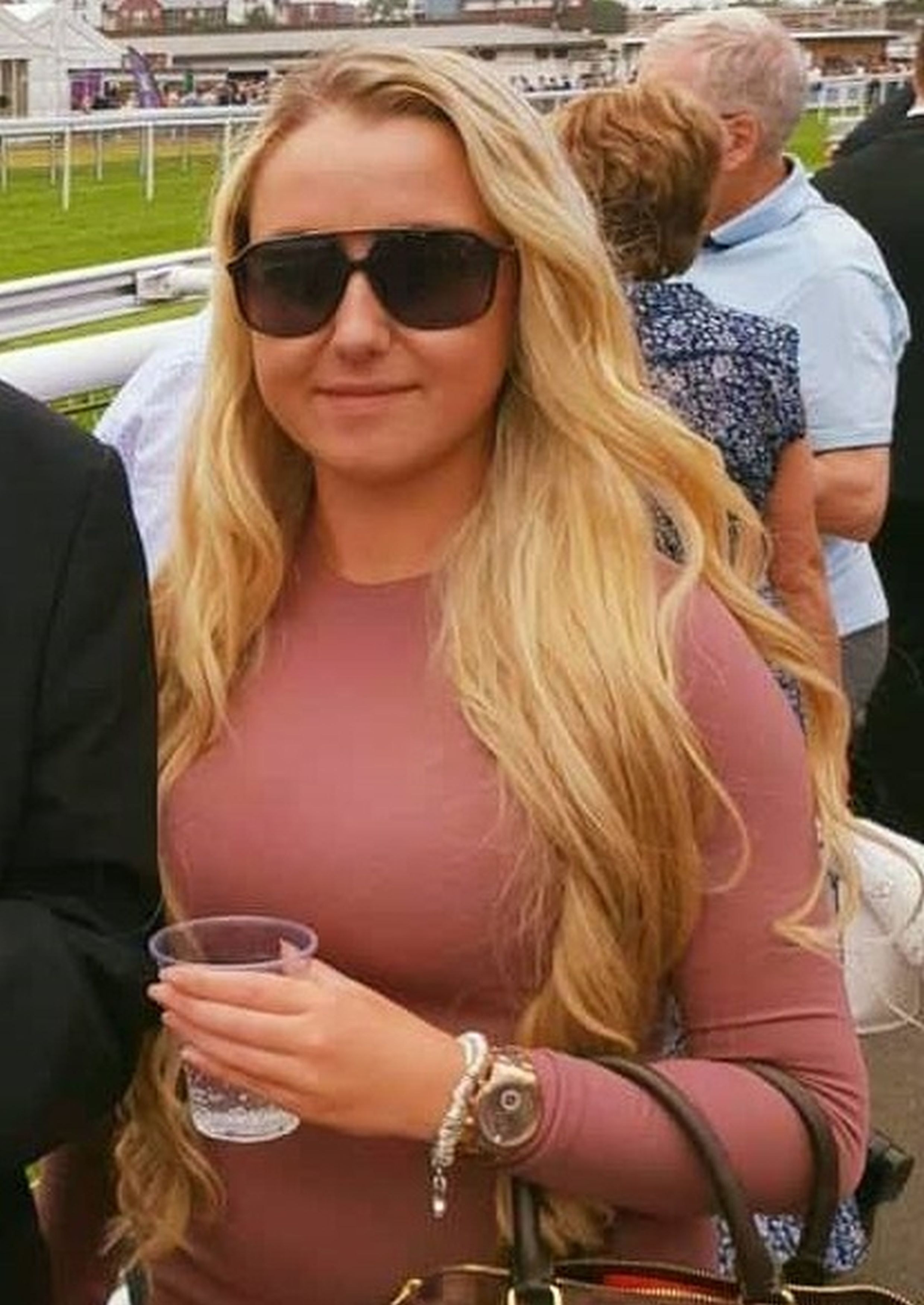 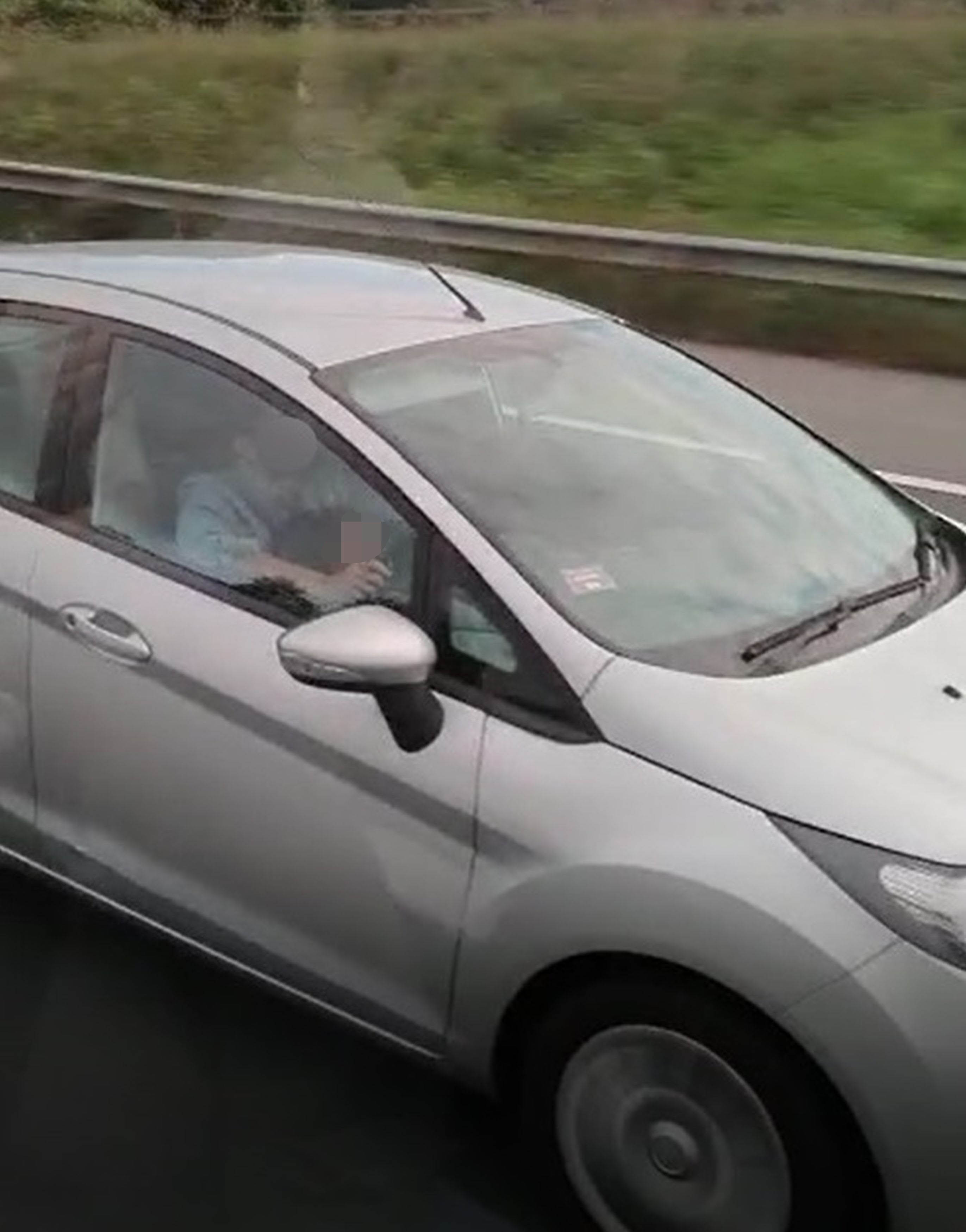