Revealed: Flower seller, 55, has been working on same stall for 41 years before he was knifed to death as police appeal to public for clues

A flower seller who was knifed to death while trying to stop a mugging had worked on the same stall for 41 years.

Tony Eastlake, 55, died from a knife wound after being attacked in Islington just before 5.30pm, and despite the efforts of emergency services was pronounced dead at the scene.

Witnesses reported him being involved in ‘an altercation’ with another man before the assault, the Metropolitan Police said.

His family said he had been working on his flower stall since he was 14 years old.

They said in a statement: ‘Our hearts are broken forever at the loss of such a very special man.

‘A man who was loved by everybody in the Islington community, who is remembered as kind and caring and always laughing, but most importantly a father who leaves behind a devastated family, Lisa, Pauline, and his only daughter and best friend Paige, who he adored.’ 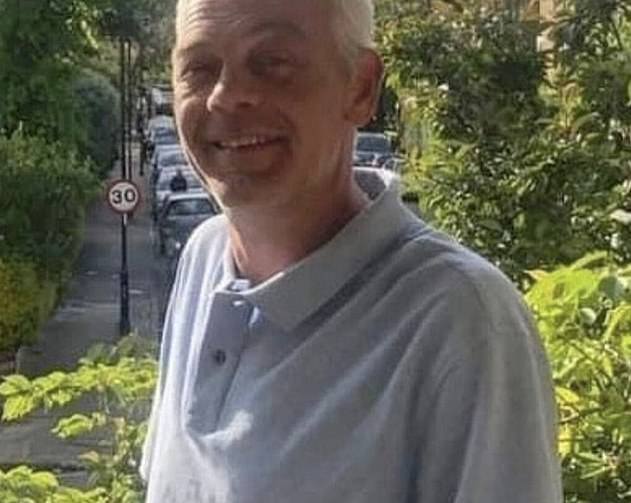 Tony Eastlake, 55, died from a knife wound after being attacked in Islington just before 5.30pm, and despite the efforts of emergency services was pronounced dead at the scene 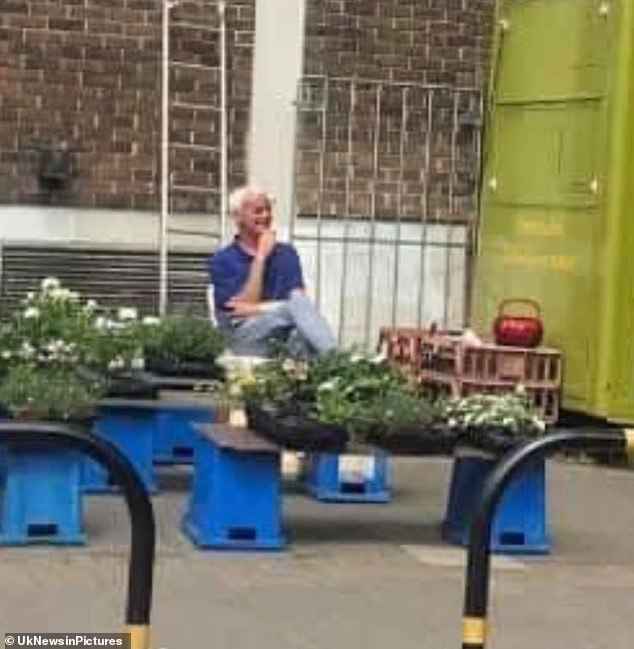 Eastlake had been a flower seller on Essex Road for 41 years, since he was 14 years old, his family said 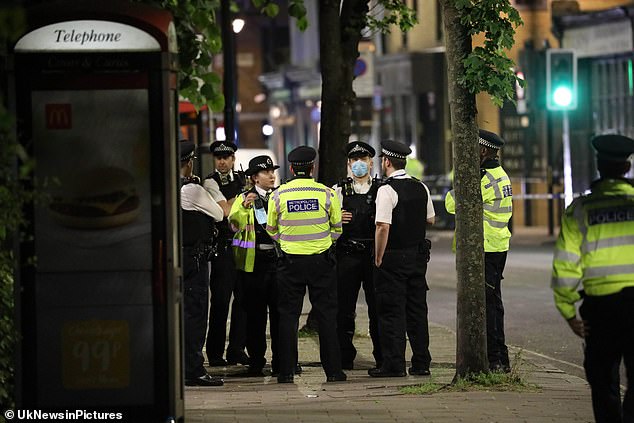 They continued: ‘Tony worked on the flower stall on Essex Road since he was 14 years old and was there through rain or shine, a smiling and friendly face to so many of us.

‘There have already been hundreds of messages of support for him from all those who knew and loved him over the years.’

Mr Eastlake’s family called on anyone who might have information to speak to police.

A post-mortem is due to take place in the coming days and so far no arrests have been made.

Detective Chief Inspector Vicky Tunstall, leading the investigation, said: ‘We have a dedicated team of officers working around the clock to find the person or people responsible and I would like to hear from anybody who could help our investigation.

‘I am particularly keen to hear from people who were in Halliford Road or Ecclesbourne Road between 5.20pm and 5.25pm.

Pictured: The incident occurred around 5.30pm on Essex Road in Islington, north London 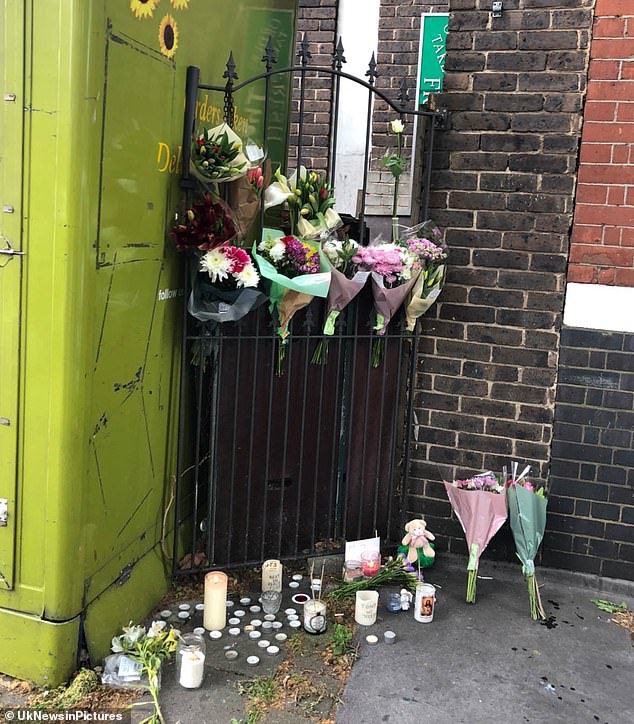 Many people living locally to Mr Eastlake’s stall paid tribute to him on the Islington Community Group on Facebook. Others left flowers at his Essex Road shop

‘Did you see Tony? Or did you witness an altercation, or see anyone running away?’

DCI Tunstall said officers were particularly keen to hear from people living in the houses and flats between Ecclesbourne Road, Halliford Road and Essex Road who may have private CCTV.

She also urged drivers with dashcams who may have been in the area at the time to check their footage.

‘Lastly, I would like to hear from those within the community who may have information about why this murder has taken place,’ she said.

‘We are looking at several possible motives and I am keeping an open mind as to the circumstances behind the attack. information given to police will be treated in the strictest confidence.’

Many people living locally to Mr Eastlake’s stall paid tribute to him on the Islington Community Group on Facebook.

Francis OBrien said: ‘Such such sad news, my thoughts are with Tony’s family and loved ones.

‘Tony had a kind heart, served our community for a number of years and always put a smile on the faces of people across Islington.

‘He was not just a local businessman, but a friend to many.’

Andres Paniagua Toro said: ‘What a very sad day, the community has lost a great human being who helped many people daily with his beautiful smile and willingness to listen to their woes.’

He added: ‘Tony would always make me smile every morning on my way to work.’

Elsa Smurthwate posted: ‘How very very tragic. RIP fella, a true islingtonian and a man who also had time to smile and say hello.

She added: ‘I hope the council would consider his stall to be left as a shrine in his memory.’

Garry Clowes said: ‘God rest Tony, always enjoyed pulling up for a chat and a cuppa. London’s slowly being crushed.’

A vigil has now been planned close to Mr Eastlake’s Essex Road stall at 6pm on Monday evening by members of the community, while a GoFundMe page has been set up to cover the cost of his funeral.

Anyone with information is asked to call police on 101 quoting reference CAD 5562/29May or alternatively contact Crimestoppers anonymously on 0800 555 111. 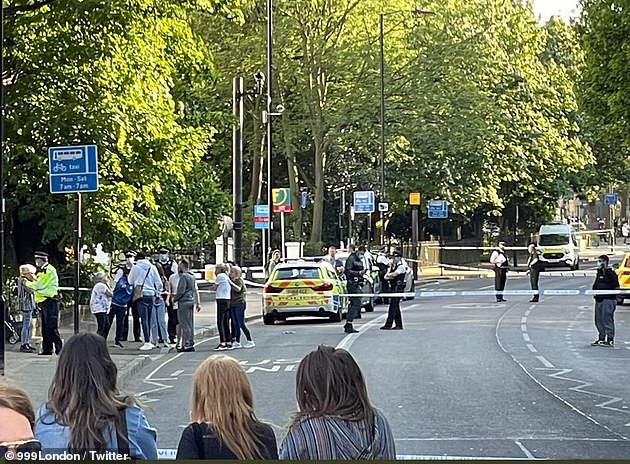 Islington residents claim ‘the man ran a flower stall and tried to stop a mugging’, according to reports 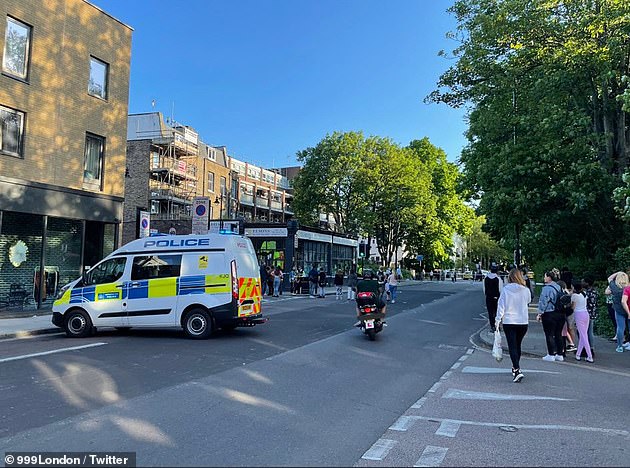 Police have launched a manhunt for the knifeman and no arrests have yet been made. Anyone with information is asked to call police on 101 quoting reference CAD 5562/29May or alternatively contact Crimestoppers anonymously on 0800 555 111