Robber, 50, who stole £3,000 in series of betting shop raids by using WALKING STICK in carrier bag that he claimed was a shotgun is jailed for 10 years after he was caught dodging train fare

A crook has been jailed for ten years after carrying out a series of armed robberies using his walking stick to pretend he had a gun.

Brett Mullan, 50, folded up his collapsible walking aid and wrapped it in a plastic bag to stage the ambitious south London heists.

Mullan, from Gravesend, targeted bookmakers during a month-long spree in April and made off with thousands of pounds.

But he was snared over his habit of brazenly catching the train to where he was going to rob.

A railway revenue ticket inspector caught him fare dodging on his way to his third crime on April 13 and he gave his real name.

Police – who had pieced together the offender was using trains – discovered his identity through the dodge and they amassed CCTV of him going to his crimes. 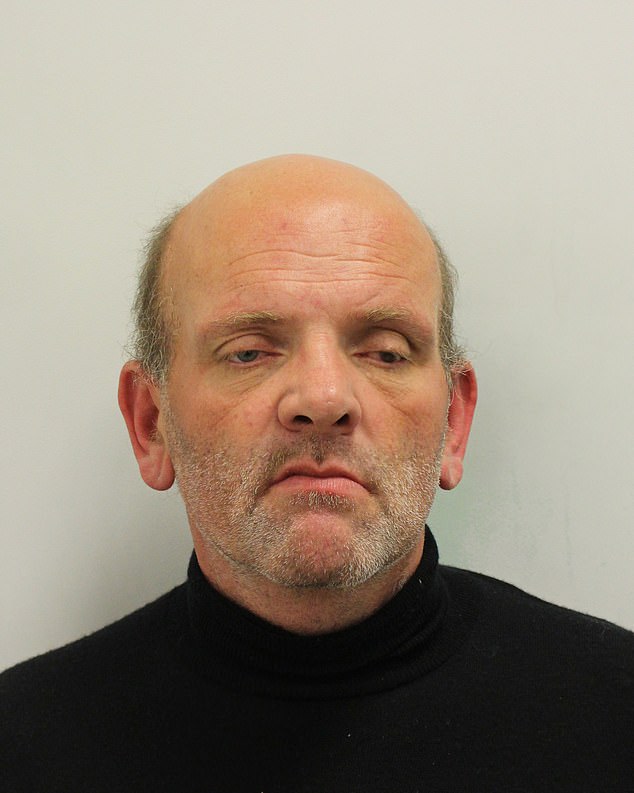 Brett Mullan, 50, used a collapsible walking stick to pretend he had a shotgun during the heists 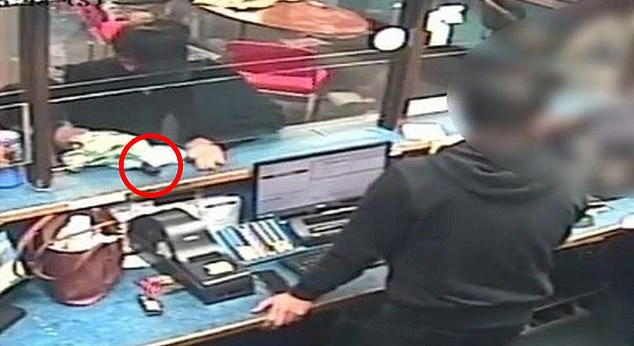 Mullen, from Gravesend marched into five bookmakers and used stick (circled) to do robberies 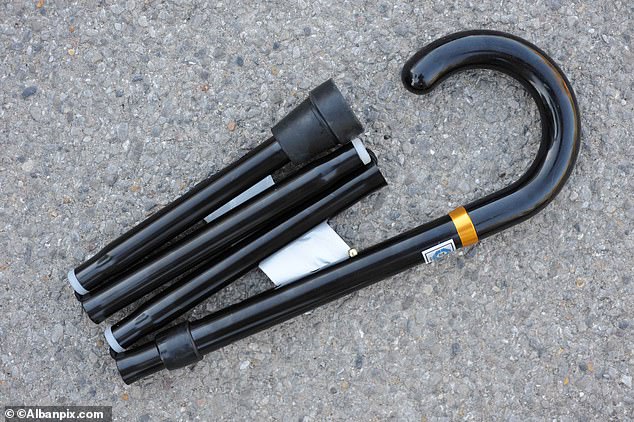 Mullan, 50, used a collapsible stick like this one and wrapped it in a bag to look like a shotgun

They pounced as he was leaving his home on April 25 and charged him with robberies in Lee, Norwood, Sutton and Crayford between Monday, 4 April and Sunday, 24 April.

Inside his home they found the walking stick he had used to carry out the five crimes, by pretending it was a shotgun.

Yesterday he was sentenced to ten years in jail at Snaresbrook Crown Court. 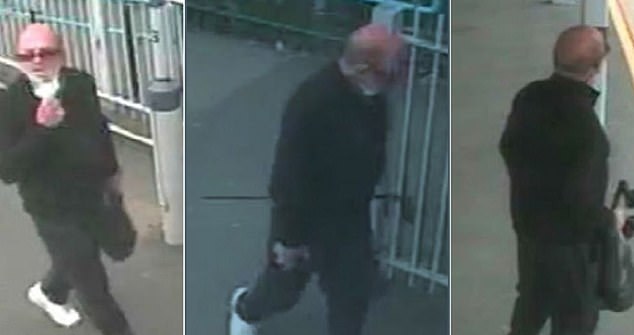 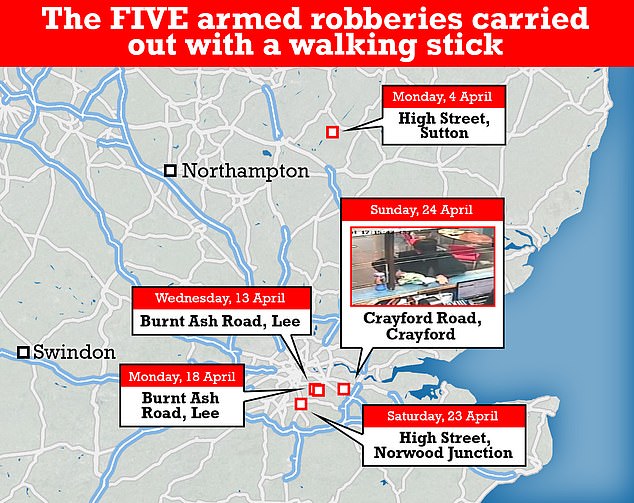 Mullan carried out armed robberies on:

He had previously pleaded guilty to five counts of robbery and five counts of being in possession of an imitation firearm at Barkingside Magistrates’ Court on April 26.

During his crime spree he managed to take a total of £2,780 over the course of the robberies.

Detective Constable Carl Stallabras, from the Met’s Flying Squad, said: ‘Mullan terrified members of the public and staff at the bookmakers who were going about their normal lives when he demanded cash and made threats of serious violence. Those people feared for their lives.

‘But a simple mistake on his way to the second offence was all we needed to track him down, and from there the wealth of evidence we obtained left him no choice but to plead guilty.

‘Tackling violent crime in all its forms is our top priority, and the Met is determined to reduce the number of robberies. If you are targeted by robbers you can give us the best chance of catching them by contacting us as soon as possible. Dial 999.’