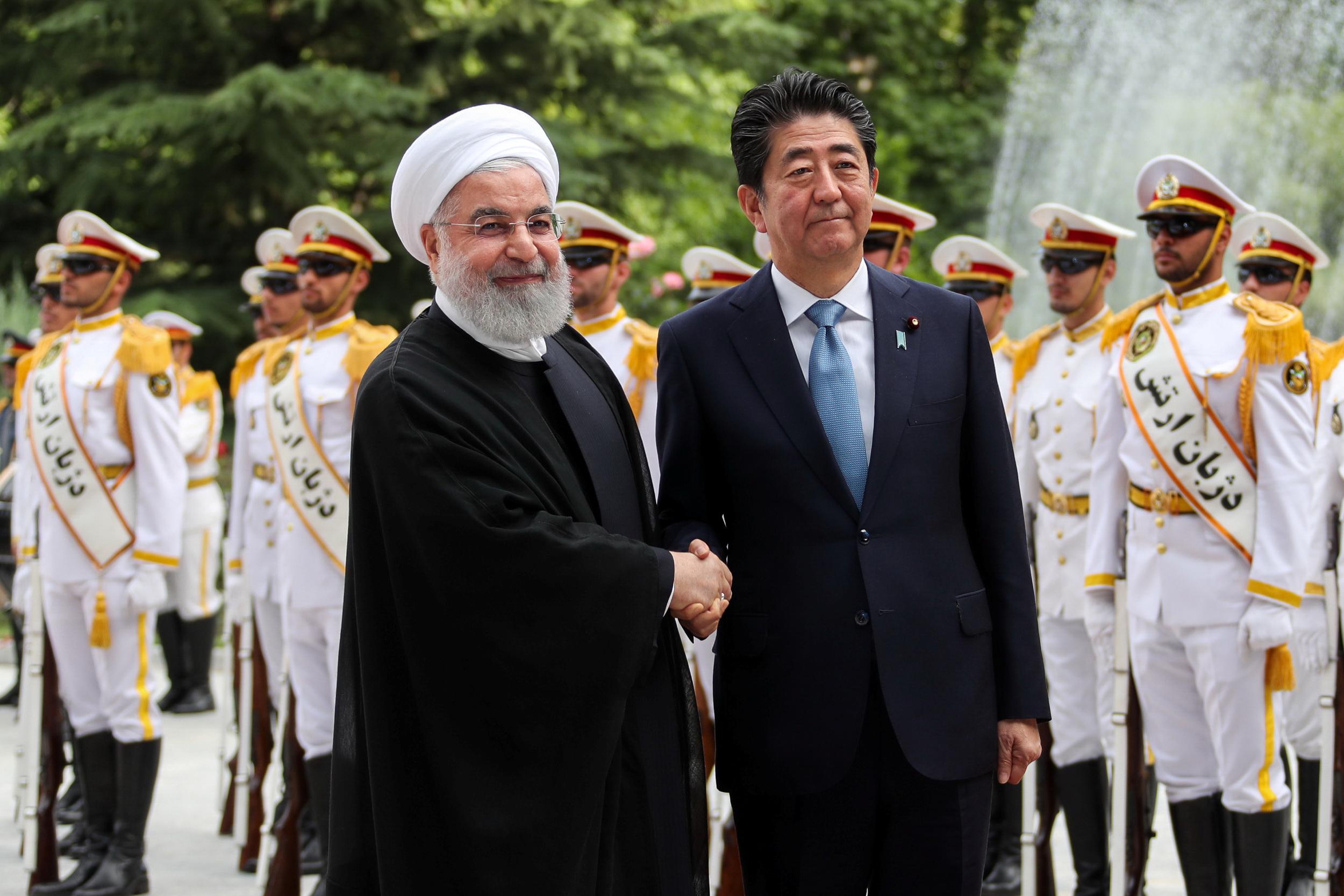 Abe himself did not mention Japan’s currently suspended purchases of Iranian oil, however, instead focusing on the need to avoid any unintended clashes in the region.

Abe’s visit is the first by a Japanese leader to Iran since its 1979 Islamic Revolution.

“Armed conflict needs to be prevented at all costs. Peace and stability in the Middle East is indispensable not only for this region but for global prosperity. No one is hoping for war,” the Japanese leader said.

“We would like to play the maximum role we can for easing tension. That is what brought me to Iran,” he added.

Earlier, two Iranian officials told Reuters that Tehran would ask Tokyo to mediate between it and Washington to ease oil sanctions on Iran.

“America should either lift the unjust oil sanctions or extend the waivers or suspend them,” one senior official said.

To slash Iran’s oil exports, Washington has revoked waivers since May that had allowed some countries, including Japan, to continue buying Iranian crude and has effectively ordered countries to stop purchasing Iranian oil or face sanctions of their own.

Despite pushing for imports to continue, Japan has stopped importing oil from Iran for now to avoid U.S. sanctions.

On a visit to Japan last month, U.S. President Donald Trump welcomed Abe’s help in dealing with Iran, highlighting what he called the “very good relationship” between Tokyo and Tehran.

As a U.S. ally that also has good diplomatic relations with Iran, Japan could be in a unique position to mediate between the Islamic Republic and the United States.

Strains between Washington and Tehran have sharply increased in recent weeks, a year after the United States abandoned a 2015 nuclear agreement between Iran and world powers to curb Tehran’s nuclear programme in exchange for the lifting of sanctions.

“Iran will remain committed to the deal, which is important for the security of the region and the world. Tehran and Tokyo both oppose nuclear weapons,” said Rouhani.

TRUMP CRANKS UP PRESSURE ON IRAN

Washington, calling the nuclear deal flawed and seeking to push Iran into new negotiations, intensified sanctions from the start of May, ordering all countries and firms to halt imports of Iranian oil or be banished from the global financial system.

It has also dispatched extra armed forces to the region to counter what it describes as Iranian threats.

Iran has warned against any military aggression.

“Iran will never initiate a war but will give a crushing response to any aggression,” Rouhani said.

Iran said in May that after 60 days it would resume its enrichment of uranium beyond the low fissile purity – suitable for civilian nuclear power generation – allowed under the deal, unless other powers stuck to their commitments under the 2015 nuclear deal.

European parties of the deal have promised to help Iran find other ways to trade, although with no success so far. All major European companies that had announced plans to invest in Iran have since called them off for fear of U.S. punishment.

“Japan wants to do as much as possible towards peace and stability in the Middle East,” Abe said in Tokyo ahead of his departure, according to Iranian TV. 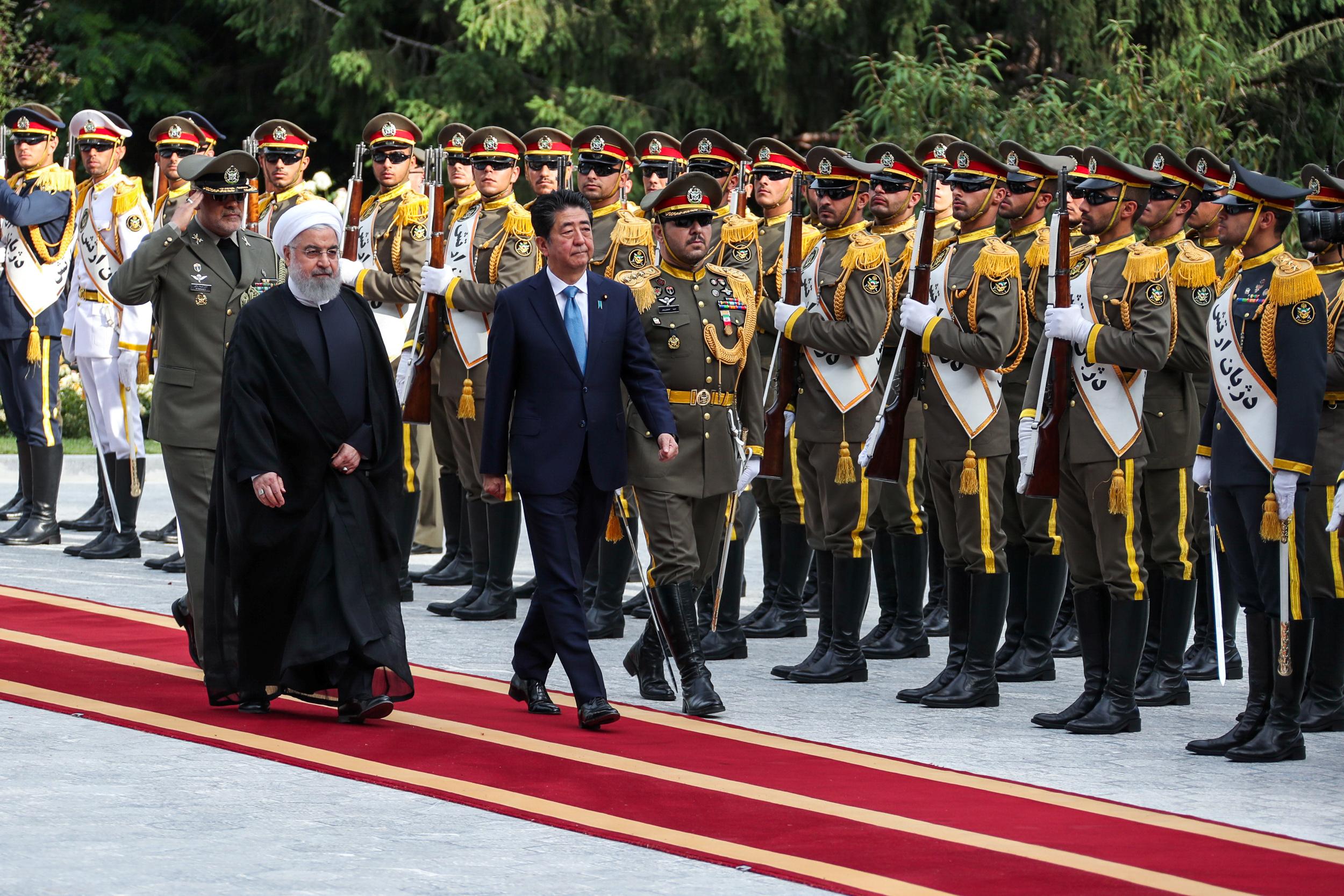 But just hours before Abe’s visit to Iran, Yemen’s Iran-backed Houthi rebels carried out a missile attack on a civilian airport in southern Saudi Arabia which wounded 26 people.

The Western-backed, Sunni Muslim alliance that has been battling the Houthis in Yemen said the attack was proof of Tehran’s support for what it called cross-border terrorism.