Ukraine shows off first use of HIMARS rockets supplied by US

Elissa Slotkin, a Democratic member of the House of Representatives, said Ukraine’s President Volodymyr Zelensky was now taking the fight to Putin – and was planning to “hit Russia in the teeth a few times before the winter comes”. Biden administration officials issued their briefing yesterday, with Putin’s forces seemingly on the back foot, and Ukraine pushing to regain the key southern city of Kherson.

Ms Slotkin, who is on the House Armed Services Committee, later told CNN: “We were briefed that over 75,000 Russians have either been killed or wounded, which is huge.

She added: “The sort of main conversation in the briefing was, you know, what more we can and should be doing for the Ukrainians, literally in the next three to six weeks, very urgently. 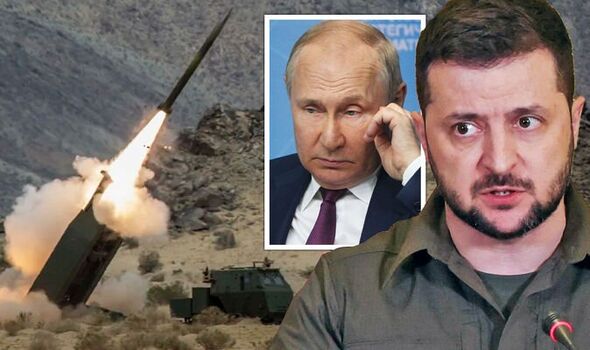 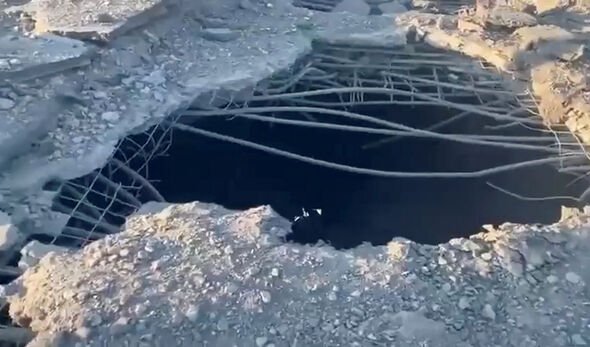 “Ukrainians want to go to the south and do operations in the south. And we want them to be as successful as possible.

“I think that what we heard very firmly from President Zelensky and reinforced today is that the Ukrainians really want to hit Russia in the teeth a few times before the winter comes, put them in the best position possible, particularly hitting them down south.”

She also said there was bipartisan support for sending Ukraine long-range missiles, known as ATACMS, which can hit targets at a distance of up to 180 miles away. 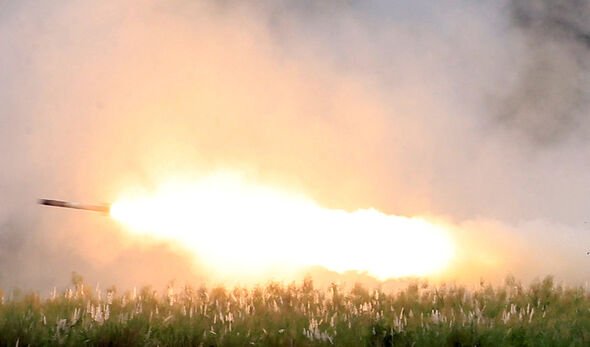 As things stand the Ukrainians are reliant on High Mobility Artillery Rocket Systems (HIMARS), which have a maximum range of 49 miles.

Hours before the briefing, Ms Slotkin shared details of her trip to Ukraine last weekend on social media, tweeting: “During my trip to Ukraine this weekend, President Zelenskyy discussed the big impact US-made HIMARS have had in the conflict.

“Providing the Ukrainians with more long-range weapons systems – including HIMARS – is essential to helping them push the Russians back.” 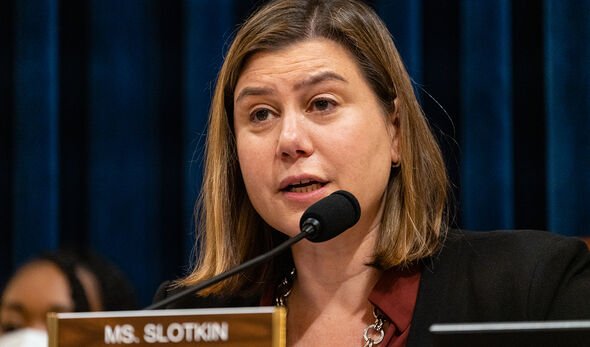 Speaking about Russia’s onslaught on Ukraine’s capital in the early days of the war, she added: “The mayor or Irpin showed us the destruction.

“He had assumed command of territorial defence forces, which were working in tandem with the uniformed military.

“They took heavy losses there: 50 military & 38 volunteers, but because of their sacrifice, Kyiv remained free. 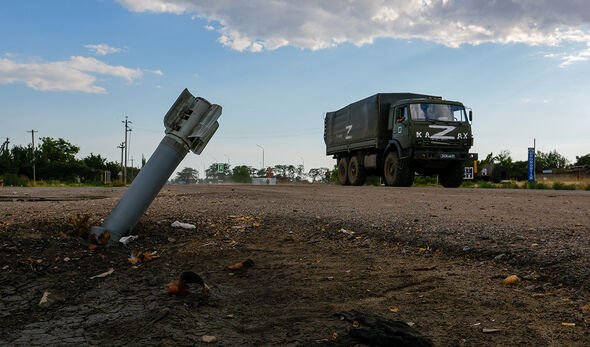 She said: “Seeing the destruction up close & hearing the pain in the voices of regular people who live in Irpin was a powerful reminder of why our support matters.

“The Russian’s brutality was worse than I had anticipated, and it is not something that I will forget.”

A separate briefing on the situation in Ukraine for the US Senate, also due to be held yesterday, has been rescheduled for a later date. 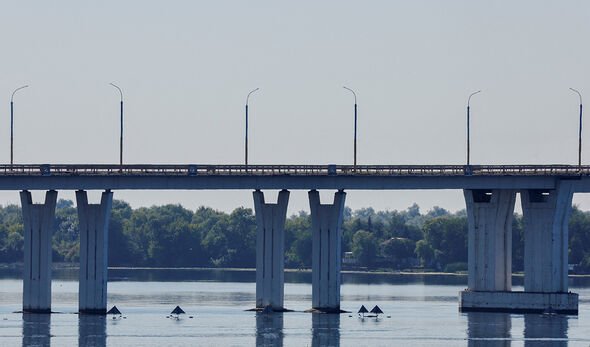 Speaking to Aspen Security Forum last week, M16 chief Richard Moore predicted Russia was on the verge of running out of steam due to a shortage of manpower.

Ukraine is widely believed to be planning a major counteroffensive in the south of the country.

The UK’s Ministry of Defence tweeted: “Ukrainian forces have highly likely established a bridgehead south of the lngulets River, which forms the northern boundary of Russian-occupied Kherson.”

Russia’s 49th Army, stationed on the west bank of the Dnipro River, now looks highly vulnerable, British military intelligence said, with Kherson virtually cut off from the other territories occupied by Russia.