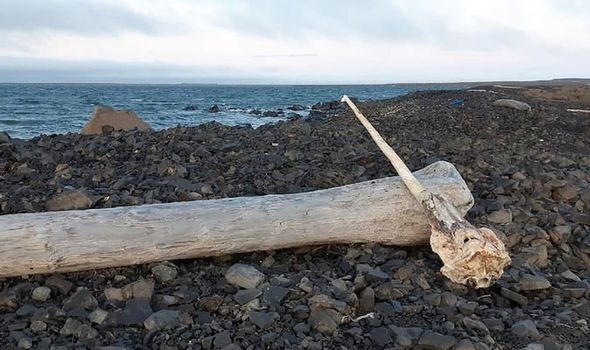 Scientists in this military outpost found a well-preserved narwhal horn larger than a human. A skull of the sea monster had washed up on the shore of isolated Alexandra Land. The horn is in fact a spear-shaped spiral protruding canine tooth weighing 20kg (44 lbs) which is used to stun prey. “This was a narwhal’s skull with the tooth intact, both in ideal condition,” said  Darya Antufyeva, an environment expert at Russia’s Arctic National Park.

“With great care we transported our precious find to our base.”

The horn or tusk is shown towering about Darya – but the exact measurements have not been given although they can grow to almost 9ft in length.

Nicknamed sea unicorns, the narwhals are from the same family as beluga whales.

Only male narwhals have the protruding tooth. 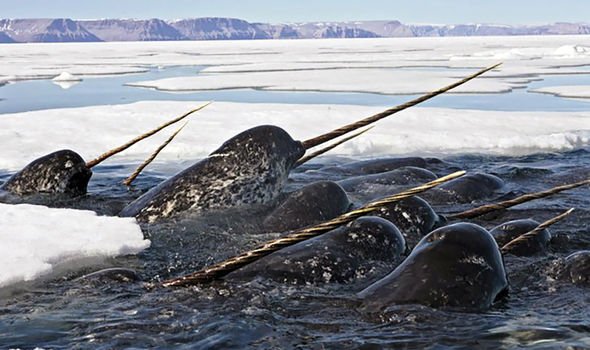 Finds are rare because the mammals – which lives in the waters off Russia, Greenland and Canada – normally die in the water.

Their remains either sink or are washed ashore in remote locations where they are rapidly destroyed by ranging storms or harsh ice.

Biologists and geneticists are examining the remains.

Later the find will be exhibited at the national park’s museum  in Arkhangelsk.