SAJID Javid has blasted anti-vaxxer Brits for "taking up hospital" beds as more than five million people still refuse to get jabbed.

The Health Secretary said 10 per cent of the population have still not been vaccinated – and nine in 10 Brits needing the most care in hospital have not been jabbed. 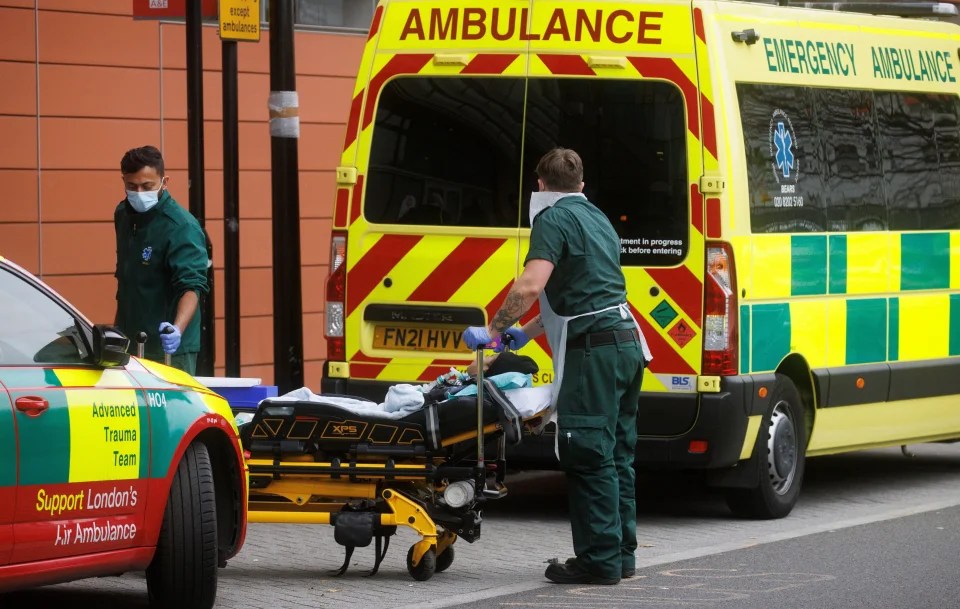 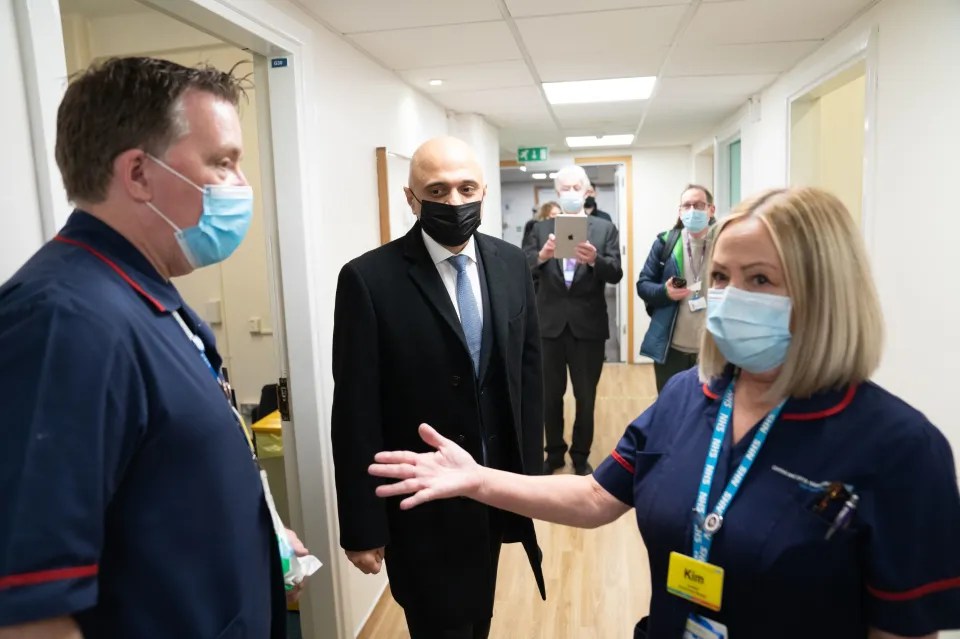 Mr Javid told Sky News: "I just cannot emphasise enough the impact that they are having on the rest of society.

"They must really think about the damage they are doing to society. They take up hospital beds that could have been used for someone with maybe a heart problem, or maybe someone who is waiting for elective surgery.

"They are really having a damaging impact and I just can't stress enough, please do come forward and get vaccinated."

In order to curb infections and save Christmas, Brits have been told to come forward and get their booster jabs either by booking on the NHS portal or by going to a walk-in centres.

The Sun is also urging readers to sign up to the Jabs Army campaign to make the rollout as smooth and fast as possible.

FROST JACKS IT IN

The number of Brits receiving boosters has doubled in a week amid the spread of the Omicron variant.

But the country faces an abrupt Covid crackdown after Boxing Day under new plans being drawn up in Whitehall amid warnings 50,000 NHS staff could be off sick with Omicron by Christmas.

People will be free to enjoy next week’s festivities before limits are imposed.

Restrictions could see a return to limits on households mixing and numbers in shops, and table-only service in pubs.

The plan has yet to be presented to ministers – but it could impact New Year celebration plans.

A source said: "A set of proposals is being worked on that would let people celebrate Christmas, but then the handbrake would be pulled."

But former Cabinet minister David Jones said last night: "Ministers will need compelling evidence and firm data before any decisions are made. We need to take account of people’s wellbeing and the economy."

Boris Johnson has called a Cobra meeting today about the disruption and response to the Omicron variant, which has a doubling time of between 1.5 and three days.

A major incident was declared in London yesterday where mayor Sadiq Khan said he was “incredibly concerned” by infection levels.

'WE WILL DO WHAT IS NECESSARY'

Mr Javid said ministers are discussing the latest Covid data almost hourly with scientific advisers – and refused to rule out implementing a circuit-breaker lockdown before Christmas.

When asked about possible lockdown measures, he said the government will "do what is necessary".

"We've shown in the past as Government in dealing with this pandemic that we will do what is necessary but it's got to be backed up by the data," he said.

He added: "We are watching the data and discussing it with our scientists and our best advisors almost on an hourly basis.

"And we will monitor that very carefully. We will keep the situation under review."

The Health Secretary said various factors – including vaccinations, antiviral medication and other treatments for Covid – mean "the situation today in terms of our defences is very different".

Asked if Parliament would be recalled to approve new measures, Mr Javid said: "If, and it's an if, the Prime Minister has already been clear to parliamentarians, if there was a need to take any further action we would recall Parliament and it would have to be a decision for Parliament.

"That is only right and proper."