Joined by a group of Central Valley irrigation districts, the northern California city filed the lawsuit late last week in Fresno County Superior Court, according to The San Francisco Chronicle.

According to the paper, the suit claims that the State Water Resources Control Board lacks the authority to suspend the draws of senior water rights holders, including farmers and San Francisco itself.

Crippling drought has devastated much of the western U.S. this year, worsened by the impact of climate change, according to scientists.

The U.S. Drought Monitor currently shows 93.88% of the West as in Moderate to Exceptional Drought.

In July, officials warned of the “near-complete” loss of salmon in the Sacramento River and wildfires this season have spread quickly on parched earth. 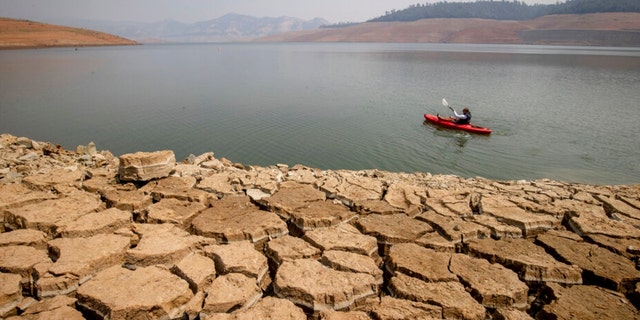 The order for 4,500 cities and farms to stop water draws came in August, in an attempt to manage dwindling water supplies.

State officials said the orders would help “to protect drinking water supplies, prevent salinity intrusion and minimize impacts to fisheries and the environment.”

“Curtailing water rights has an impact on livelihoods and economies, but it is painfully necessary as severe drought conditions this year and next could threaten health, safety and the environment,” Erik Ekdahl, Deputy Director of the Division of Water Rights, said in an August 20 release. “We will do everything we can to make compliance both straightforward and fair. We are offering reporting and technical assistance to all right holders and will also be regularly conducting inspections and investigating complaints to ensure that diverters are complying.”

Reports detailed how the city of Mendocino and town of Teviston began to run out of water after scorching heat waves broke temperature records up and down the West Coast.

While many of those hit with the state’s orders have backup water sources – including San Francisco – others do not.

The lawsuit, filed by the San Joaquin Tributaries Authority, argues that only the courts have jurisdiction over senior rights holders – who pre-dated the state water board’s first regulation of water draws in 1914 – and asserts that the board has both not proven a  need to make the cuts and not implemented them in a legal way.

Additionally, the group says the state does not have the ability to adequately measure water use.

“The State Water Board has ample legal authority to reform how our water rights system is implemented.  The challenge is in convincing the Governor’s office to allow them to use that authority,” the NRDC concluded.