Caleb Finn remembers the moment he knew his TikTok account was going to cost him his job as a pre-school teacher in Melbourne’s south-eastern suburbs.

“All these children at the school started to notice me and they’re like, ‘Oh, my God, it’s Caleb Finn! Why is he a teacher at my school?’ 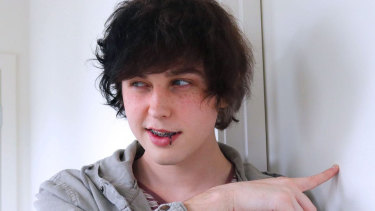 Caleb Finn is one of the most popular Melburnians on TikTok, with a staggering 10 million followers.

“The kids were telling their parents, their parents would tell the principal and then everyone found out in the end that I had this large online presence.”

Finn is one of a cohort of wildly popular TikTok stars based in Melbourne, with millions of followers – a group that includes a cosmetic surgeon, models, dancers and a fluffy pomeranian dog.

What started in 2018 as some goofing around on what was a new app, TikTok – where users make and share short video clips with special effects and music – had ballooned into such an uncontrollable force in the 26-year-old’s life that he was fired from teaching.

“It became sort of like a safety issue for the kids, because there was kids coming in from out of the school to try and find me,” he says. “In the end, it was just basically just like, ‘all right, you need to leave’.” 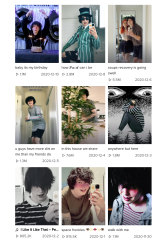 Caleb Finn hopes his TikTok content might lead to writing and directing his own television show one day.

Finn’s allure is unusual as he doesn’t fit neatly into one of the clear TikTok subcultures like yoga vlogging, satire comedy, political analysis or music. Some come for his avant-garde, gender-bending dress-ups and mini horror series, while others like his slick video editing skills.

He’s known for his distinctive emo-boy look: drawn-on freckles, braces (those are real) and a flop of hair that often switches between black and platinum blonde. His online persona looks far younger than his 26 years.

“It wasn’t intentional, but it’s how I like to present myself,” he says. “I myself feel very young. Like I’ve always been like a child at heart.”

While TikTok was full of youngsters dancing and singing back in 2018, Finn was experimenting with “transitions” – camera and editing tricks – which he credits to his account gaining traction in the first place.

“They were something pretty new for the time,” he said. “I did something really different, that no one else was really doing.“

Then, a 15-second video to the 2015 track I’m Gonna Show You Crazy by Bebe Rexha changed everything. Another TikTok user, @kaxco, had made a video re-enacting a scene from the Kubrick classic film The Shining. Finn uploaded a video edited together with the original that looked like he was on the other side of a door singing the song too.

This seemingly simple video blew Finn’s account up from 350,000 to over a million followers. In one week.

“It was a crazy experience that went down in the history of TikTok,” Finn says. “[It’s] still celebrated two years later.”

According to the most recent Australian TikTok data by Roy Morgan, nearly 2.5 million Australians had used TikTok in a month when surveyed in the first half of 2020, making it the fastest growing social media audience in Australia of the last year.

Some of Finn’s fans simply see him as a peer, someone just like them.

“I really love to just express myself through my videos. I’m very real with my audience,” he says. “Everyone has their ups and downs in life, but I just really like to express those personal moments through my stories and I feel like that’s a really relatable thing with my audience.”

Initially bewildered by the fact he would quit a steady nine-to-five job to “post videos on the internet”, Finn said his family had come to understand his new life which involves 14 hours of shooting and editing each day and being managed by a talent agency.

“My grandpa’s completely obsessed with everything [I do],” laughs Finn. “He wears my merch, he has a mug, he thinks it’s just the funniest thing in the world.”

Through brand sponsorship, his merchandise range, YouTube advertising revenue and fans who pay to watch his live streams on Twitch, Finn says he makes “substantially more” money now than he did as a teacher, and hopes to one day launch into creating feature-length TV shows for streaming services.

“I work very well, both in front of and behind the camera. Like, my videos that I put up they are entirely a one person kind of thing – I write, I direct, I shoot, I star in them, I edit, everything is me.”

Finn is just one standout example of the Melbourne TikTok scene, which is producing key influencers and niche creators. While TikTok doesn’t provide an exhaustive list of top creators per city, here are some of the Melburnians with the biggest followings:

@dr.danielaronov
11.8 million followers
A Malvern-based cosmetic surgeon with a massive following across Facebook, Instagram and now TikTok. Dr Aranov’s videos are not for the faint of heart – this account showcases real footage from inside the surgery theatre showing tummy tucks, liposuctions and tattoo removals.

@mochapom
9.5 million followers
Arguably Melbourne’s most famous dog. This account follows the trials and tribulations of Mocha the female black and tan Pomeranian. Content includes videos of Mocha going for a walk, Mocha in costumes, Mocha getting a bath … you get the idea.

@joelbergs
6.5 million followers
Skits and commentary often making fun of Australian culture. Joel first gained a following on a now-defunct video-sharing app Vine, earning over 250,000 followers before the app was shut down in 2016.

@jasminetxo
4 million followers
Half-Greek, half-Sudanese creator from Watsonia born in 1999. Graduated from a media degree and rose to fame through dances, transition videos and vlogs.

@loserfruit
2.8 million followers
Kathleen Belsten, better known by her online alias Loserfruit, this journalism graduate has become one of the most famous female online gamers.

Our Morning Edition newsletter is a curated guide to the most important and interesting stories, analysis and insights. Get it delivered to your inbox.