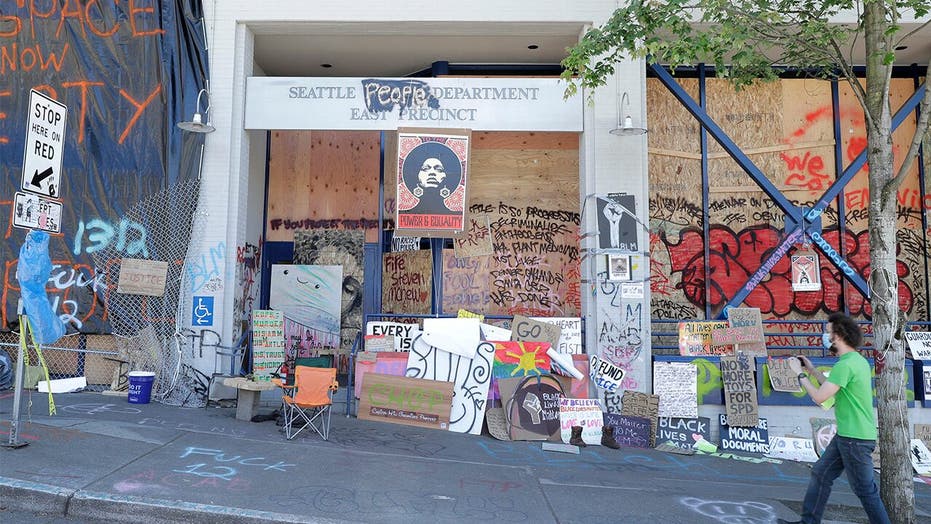 A Tacoma man was arrested in Seattle Tuesday on charges that he set fire to the outside of the Seattle Police East Precinct during the “occupied” protest known as the Capitol Hill Organized Protest, or CHOP, federal prosecutors announced.

A criminal complaint alleges that 35-year-old Isaiah Thomas Willoughby – a former Seattle resident – “did maliciously damage and destroy, and attempt to damage and destroy, by means of fire” the Seattle Police Department East Precinct at 1519 12th Avenue. 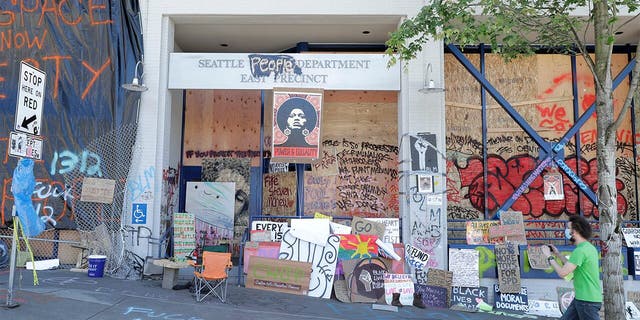 An area of "Capitol Hill Organized Protest," or CHOP, in Seattle, Washington.
(AP)

The complaint cites surveillance footage from June 12 which shows a person pouring gasoline on a pile of debris next to the wall of the Seattle Police East Precinct. The individual is reportedly seen lighting the debris on fire before walking away.

The flames scorched the side of the precinct but were extinguished by some people nearby who pulled the flaming debris away from the building, the U.S. Department of Justice said in a press release.

Seattle police released pictures of the arson suspect, leading various people to identify Willoughby based on the sweatshirt he was wearing from a clothing line he represents. His family also told police he was in CHOP at the time of the fire. Police arrested him Wednesday at a Seattle residence without incident.

“We support every American’s right to protest,” said ATF Seattle Field Division Acting Special Agent in Charge Mickey French.  “But when someone turns to an act of violence, putting many lives in danger, ATF will work to ensure he or she is held accountable.”

Willoughby was set to make his first appearance in U.S. District Court in Seattle Wednesday afternoon. He faces up to 20 years in prison if convicted of arson.