Washington: A Catalan translator has been removed from the task of translating the poem written and performed by National Youth Poet Laureate Amanda Gorman at US President Joe Biden’s inauguration because he did not fit the “profile,” according to AFP.

The move by Barcelona publisher Univers marks the second instance of backlash in Europe against a white person being chosen to translate The Hill We Climb by Gorman. 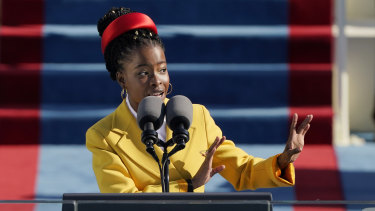 American poet Amanda Gorman recites a poem during the Inauguration of US.Credit:AP

Translator Victor Obiols told AFP on Thursday (AEDT) that Univers had commissioned him last month to translate Gorman’s work into Catalan, a language spoken in Spain and Andorra. After he completed the job, the publishing house informed him that he “was not the right person,” he said.

“They told me that I am not suitable to translate it,” Obiols told AFP. “They did not question my abilities, but they were looking for a different profile, which had to be a woman, young, activist and preferably black.”

“It is a very complicated subject that cannot be treated with frivolity,” he continued.

Obiols said he would still be paid for his work.

Earlier this month, am author quit a job translating Gorman’s poem into Danish following backlash over their appointment by Dutch publisher Meulenhoff because they were not black.

Marieke Lucas Rijneveld, a 29-year-old winner of the 2020 International Booker Prize, said they were thrilled to be chosen because “at a time of increasing polarisation, Amanda Gorman shows in her young voice the power of spoken word, the power of reconciliation, the power of someone who looks to the future instead of looking down,” The Guardian reported. 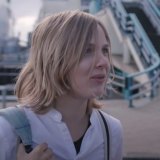 But some critics questioned why the opportunity had not gone to a translator with experiences more similar to Gorman’s, given that the craft is also an act of interpretation.

“Isn’t it – to say the least – a missed opportunity to [have hired] Marieke Lucas Rijneveld for this job?” Dutch Journalist and activist Janice Deul wrote in a piece in Volkskrant, according to The Guardian’s translation.

“They are white, nonbinary, have no experience in this field, but according to Meulenhoff are still the ‘dream translator’?”

Duel asked why instead a “spoken-word artist, young, female and unapologetically black” – like Gorman sure – was not commissioned.

“I’m not saying a black person can’t translate white work, and vice versa,” Deul told the BBC. “But not this specific poem of this specific orator in this Black Lives Matter area, that’s the whole issue.”

“The Dutch language needs to have a conduit, a person that’s been able to push to the same extent as Amanda Gorman did, and connect to a local understanding of what those words mean, and how those words can resonate,” Gario told the BBC.

Meulenhoff said Gorman herself had approved Rijneveld appointment, though no Danish black spoken word poets were among the options, according to the BBC.

After Rijneveld’s resignation, the publishing house’s general director Maaike le Noble said the company wanted “to learn from this by talking and we will walk a different path with the new insights,” according to The Guardian.

“We will be looking for a team to work with to bring Amanda’s words and message of hope and inspiration into translation as well as possible and in her spirit,” he said.

Rijneveld said in a statement on Twitter that they were “shocked by the uproar surrounding my involvement.”

“I had happily devoted myself to translating Amanda’s work, seeing it as the greatest task to keep her strength, tone and style,” they continued, according to The Guardian’s translation.

“However, I realise that I am in a position to think and feel that way, where many are not. I still wish that her ideas reach as many readers as possible and open hearts.”