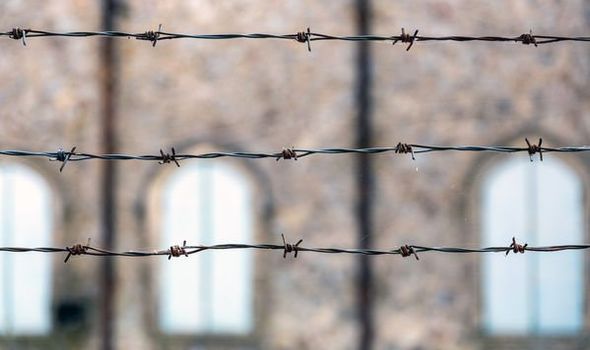 Dimitris Aspiotis, 48, known as the Beast of Kavos, was jailed for 24 years and six months on Wednesday.

He was sentenced in Greece after he admitted rape and assault causing GBH against a woman in May 2020, as well as violation of the licence terms of his earlier release.

Aspiotis went on the run after the Albanian woman said he held her hostage and repeatedly raped her.

In August 2019 the Sunday Express travelled to Kavos, on the island of Corfu, after the Greek Ministry of Justice refused to confirm that Aspiotis had been released from jail 43 years early, due to a new law brought in to free up prison space.

It was just before the summer season at the resort popular with British school leavers and university students.

We tracked down Aspiotis through a bar where he drank and he insisted he would never rape again after getting a girlfriend and coming off drugs.

But many locals and tourist workers slammed the releases, saying they feared he would strike again.

Kayleigh Morgan, one of Aspiotis’s British victims from 2010, waived her right to anonymity to tell of his sickening attack and warn he was dangerous and would strike again.

She said yesterday: “I am pleased he is behind bars again but he should never have been let out in the first place. Another innocent woman was harmed because of their foolishness.

“I hope that the Greek authorities have learnt from this.”

Aspiotis was jailed for 52 years in 2012 over a string of sex attacks on British tourists and holiday reps, including Ms Morgan, in 2010. He dragged Ms Morgan and at least three others into woods and raped them at knifepoint.

The judge said he would die in prison and Greece had been praised for handing out the record prison sentence.

But it was cancelled under the new Paraskevopoulos Law. Greek lawyer Ioannis Rigas described the law and release of Aspiotis as a “humiliation for Greece”.