Horrific surveillance video footage shows the moment a 63-year-old business owner bled as he was attacked by a 26-year-old man who hit him in the head with a hatchet in broad daylight in Argentina.

The victim, who identified himself as Juan José, was on his way purchase a lottery ticket when the suspect dropped his bike in the middle of the street. He walked up to Juan José and hit him on the left side of face before tumbling towards the sidewalk.

The attacker, whose name was not released to the press, towered over Juan José who tried to fight him off by kicking at him several times.

The suspect tried hit with the axe on three occasions before connecting on the fourth attempt, striking him above the right side of the temple. 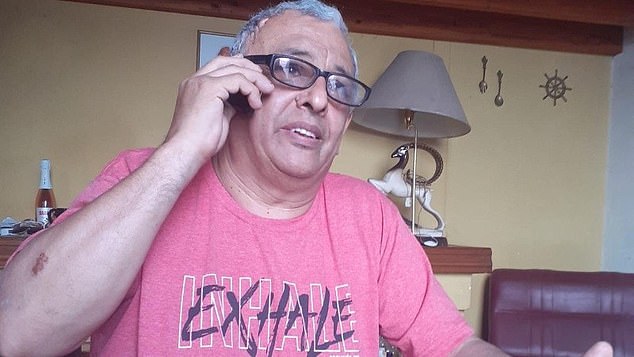 Juan José, a produce shop owner in Rosario, Argentina, survived a hatchet attack from 26-year-old a supermarket delivery worker on Tuesday. He was struck one on the right side of the temple and required 10 stitches. The suspect was due in court Thursday to be arraigned on an attempted murder charge 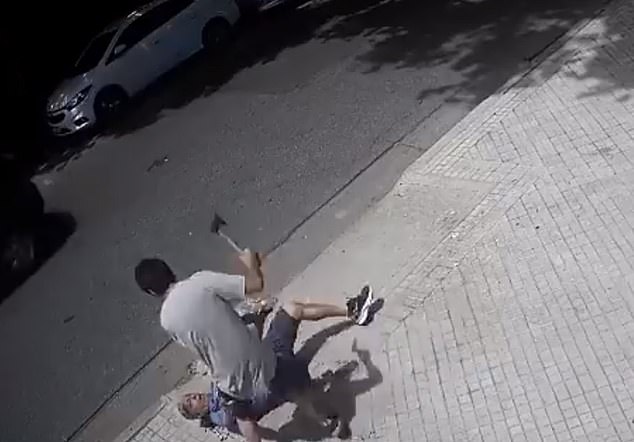 Juan José lies on the ground and tries to defend himself against his attacker, a 26-year-old man who works as a delivery worker at the supermarket in Rosario, Argentina, where he operates a produce shop

Juan José told Argentine station El Tres TV he did not recognize the hatchet swinging man until he asked, ‘Do you remember me?’

The father-of-three immediately picked up the mad man’s voice, connecting it to the delivery worker who works at the supermarket where he runs a produce stand.

‘If I did not defend myself, I would not be talking to you today, I would be covered with nylon in the morgue,’ Juan José said in an interview with Radio 2.

The attacker backed away from Juan José as bystanders approached them.

Argentine news channel Todo Noticias reported the suspect returned to the apartment he rented and cooked a meal before authorities apprehended him. 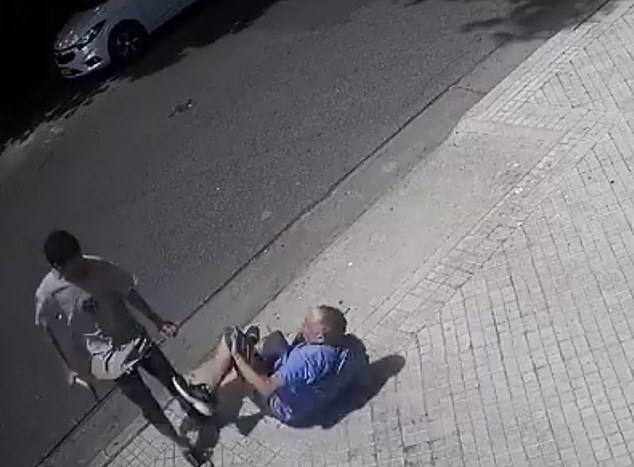 The 26-year-old suspects stands over 62-year-old Juan José moments before he struck him on the head with a hatchet Tuesday in Rosario, Argentina 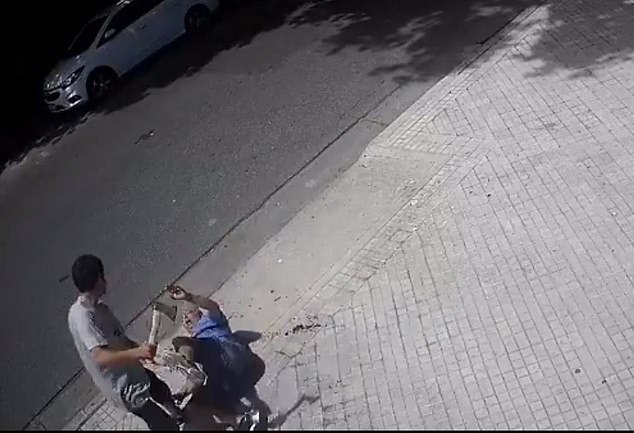 Juan José tries to kick his attacker, who attempted three times to hit him with the hatchet before he struck him on the fourth try 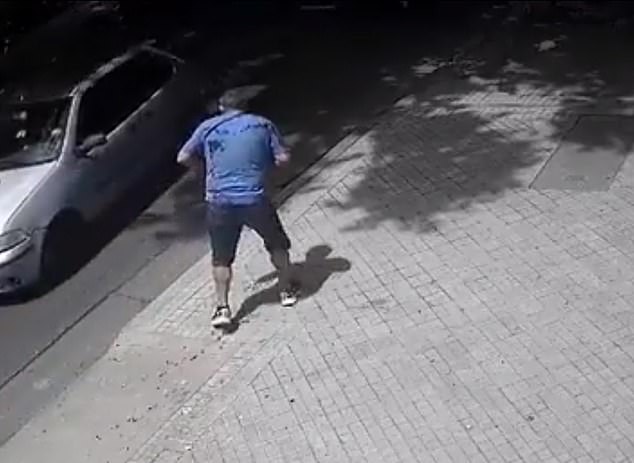 Juan José walks away under his own power Tuesday afternoon after a delivery worker employed at the Rosario, Argentina, supermarket where he operates a produce shop approached him in the middle of a street and  struck him with a hatchet

Juan José is seen in the video walking away behind a trail of blood. He was rushed to a Clemente Álvarez Emergency Hospital, where he received 10 stitches.

While Juan José relationship with the attacker was kept to cordial greetings at worker, he revealed that his sons had been physically assaulted by the suspect. However, his children opted against filing complaints because they did not believe authorities would pursue the matter with any seriousness.

‘I’m terrified. I’m going to have to look everywhere every time I leave my house,’ he said.

The suspect was scheduled to appear before a court judge for arraignment on an attempted murder charge.