We’ve turned the tide on plastic by 97%: Shoppers buy just three carrier bags a year since charges were introduced

Charges on single-use plastic carrier bags have cut their usage by a staggering 97 per cent since 2014, statistics show.

And last year saw a particularly dramatic fall when the 5p charge increased to 10p in May 2021. 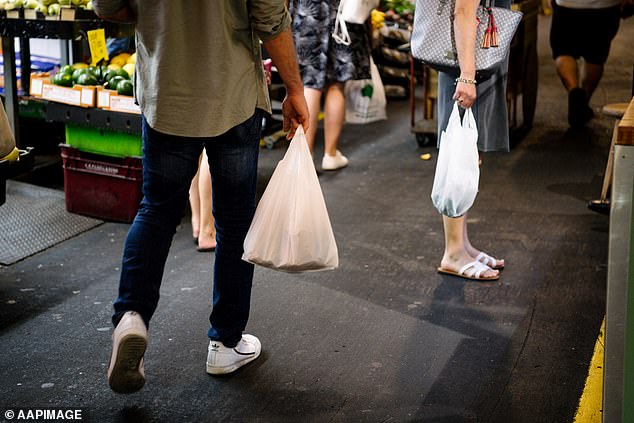 Charges on single-use plastic carrier bags have cut their usage by a staggering 97 per cent since 2014, statistics show

This was also a 97 per cent reduction from the 7.64billion single-use bags handed out in England by the main retailers in 2014, the Waste and Resources Action Programme (Wrap) charity’s figures show.

Defra also revealed that a person in England now buys on average about three single-use carrier bags each year from the main supermarkets, compared with around 140 in 2014.

Back in 2008, the Daily Mail led calls for a crackdown on single-use plastic bags to help protect the planet, with the launch of its Banish The Bags campaign.

Environment minister Steve Double praised the paper’s ‘superb support’ of the charge, saying: ‘Mail readers will be well aware of the perils of plastic – it’s destructive for our wildlife and blights our towns, beaches and countryside. Our carrier bag charge – something the Mail has superbly long-shown support for – has been really successful in curbing plastic consumption and making people think twice about their purchases. 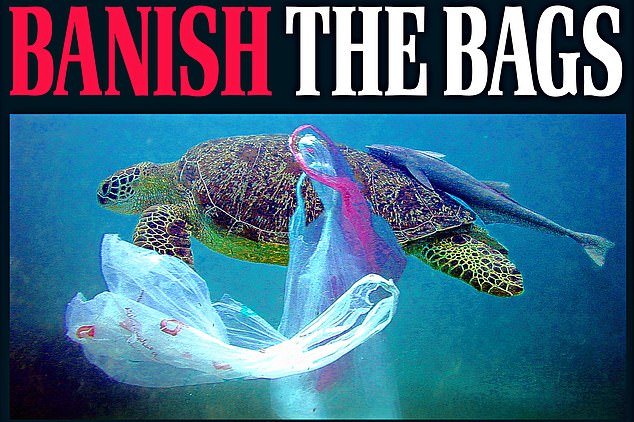 ‘But there is still more we need to do. Through our world-leading plastic packaging tax and deposit return scheme for drinks containers, we are committed to turning the tide on plastic for good.’

In 2021-2022 data, 42 per cent of retailers also reported on how they chose to donate proceeds from the charge, giving a total of £10million to good causes.

Adam Herriott, from Wrap, said: ‘We’re now at a point where the tide is turning.

‘Today, nearly 5,000 stores nationwide have front-of-store collections where people can drop off their bags once they reach their end of life.’