Road names dedicated to slave-trade profiteers could be changed as the Scottish city studies its past. 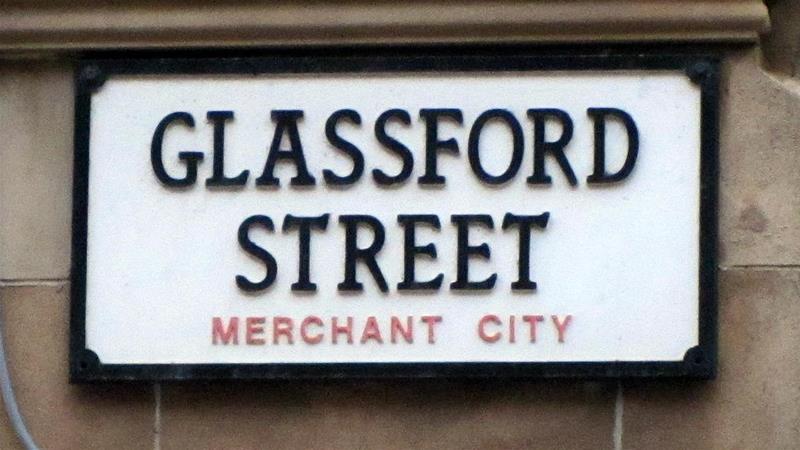 Glasgow, United Kingdom – It was the second city of the British Empire and flourished on the back of the transatlantic slave trade, but this week a landmark study into Glasgow’s controversial links with slave labour began after being launched by the city’s council.

In what is the first such study to be conducted by a local authority in the UK, the investigation will look at how the great wealth that Scotland’s largest city accumulated was achieved using enslaved peoples who were trafficked from Africa between the 16th and 19th century.

The findings will lead to a consultation with the people of Glasgow on how best to address its slavery-associated street names and landmarks that have lined this great Scottish urban centre for decades.

“It’s an honour that Glasgow is taking this step,” said Graham Campbell, a Glasgow councillor for the pro-independence Scottish National Party (SNP), who will chair a committee supporting the study.

Campbell, who is of Jamaican descent and whose great-grandfather was a Scotsman who owned a former slave plantation in the Caribbean island state, said he hoped the investigation would also prompt a bigger “public conversation with the people of Glasgow”.

Glasgow’s – and Scotland’s – associations with the slave trade began in haste following the 1707 Act of Union, which saw Scotland and England unite to form Great Britain.

When Scotland gave up its formal independence in 1707, it had four universities to England’s two. Soon, this highly literate workforce eyed opportunities overseas, with some Scots exploiting the transatlantic trade in human trafficking for their own personal gain.

As Scotland’s tobacco lords amassed great wealth from their shady dealings, Glasgow boomed, and today Glassford Street – named after Scottish tobacco plantation owner John Glassford – remains one of the many remnants of the city’s slavery-enriched past.

The new investigation is set to be carried out by University of Glasgow historian Stephen Mullen, and is expected to take a year to complete. It follows the university’s decision in August to pay £20 million ($26 million) in reparative justice over the next two decades to make amends for the financial support it received from benefactors who profited from the transatlantic slave trade.

“Glasgow University started what I call ‘first light’,” said Sir Geoff Palmer, who became the first black professor in Scotland in 1989, and is today an emeritus professor at Heriot-Watt University in Edinburgh.

“And then Glasgow city has picked it up – and I’m just waiting for other institutions and other cities to follow the light that these two places have lit.”

She said she would be pleased to see something similar rolled out in her own city, and told Al Jazeera that the Glasgow study was showing why it was important to highlight the “legacy of that particular period”, not least “in terms of racism”.

Reports have suggested that some of the city’s most controversial names could be removed or changed following the study and a public discussion with Glasgow residents. But the likes of Palmer contend that adding historical context to existing names or landmarks is a more preferable outcome.

Indeed, with reports also suggesting that Glasgow’s iconic Gallery of Modern Art – once a grand mansion of a former Glasgow tobacco lord – has been earmarked as a potential venue for a museum exploring Scotland’s links to historical slave labour, Palmer insisted that “removing the evidence [does] not remove the crime”.

“We cannot change history,” he concluded. “And anything that tries to change it is in itself untrue.”