The predictions were dire. Just after the pandemic struck, the Commonwealth Bank, Australia’s biggest home lender, forecast that house prices would fall by between 10 per cent and 12 per cent. By October last year, it had pulled that back to 6 per cent.

With the national lockdowns driving Australia’s economy into recession for the first time in nearly 30 years, and job losses piling up, it was hardly an implausible forecast. It is a very different story today. 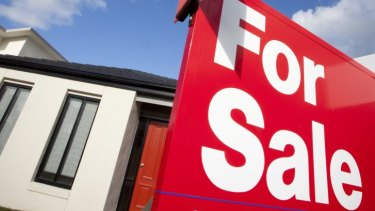 House prices are back on the way up. Credit:BRW

A recent report by the Commonwealth Bank’s head of Australian economics predicts national house prices will increase 16 per cent by the end of 2022. Melbourne is tipped to rise by just under that national figure. And it’s not just the big cities where the dramatic upswing is happening.

House prices in every regional area of Victoria experienced price growth over the past year, with some regions jumping by as much as 18 per cent. Largely driven by Melburnians fleeing the long lockdowns and the flexibility offered with the transition for many to remote working, it has created a surge in treechangers.

But there is also a range of economic factors at play that have bolstered the market across Australia. The most obvious being the ultra-cheap interest rates on offer, supported by an assurance from the Federal Reserve that they will be staying put for some time to come. Backed by the enormous fiscal stimulus of JobKeeper and a boosted JobSeeker, along with the mortgage holidays offered by the banks, many people were given the financial breathing space to hold on to their homes.

To give credit where it is due, the combined actions of the federal government, the Federal Reserve and the leading banks played a crucial role in stabilising the housing market. With about two-thirds of Victorians owning their home, and in most instances it being their most valuable asset, it is hard to underplay how important that has been.

But that has not stopped growing concerns about the fierce bidding going on at auctions. While most lenders have played down worries about the market overheating, saying the price rises reflect short-supply and pent-up demand, the explosive growth has sparked debate about the potential need for credit curbs.

The former head of the Australian Prudential Regulation Authority, Jeff Carmichael, added his voice on Sunday to those predicting that the banking regular will have to consider putting the brakes on high-risk mortgage lending over the next six months to prevent banks from fuelling an overheating housing market.

When APRA last put the brakes on housing – in 2014 and 2017 – it targeted property investors, who were behind much of the surge. This time, however, the housing growth spurt has been fuelled by owner-occupiers.

No matter what sector is driving it, for those trying to get into the market, it must be a disheartening prospect. Particularly for younger home buyers, already facing the challenge of having to establish a career while the economy is only just starting to shake off the effects of the pandemic, the chance of putting in a winning bid must for many be as distant as ever.

Once a topic of national concern, housing affordability has dropped off the radar of governments across Australia. While the avoidance of a collapse in the housing market should be welcomed, with the price of a homes surging at their fastest rate since 2003, it’s well time for it to go back on the agenda.

Note from the Editor