The room was packed, but space was made for Shireen Abu Akleh, as a picture of the slain journalist was placed on a chair ahead of a news conference by President Joe Biden in the West Bank on Friday.

Biden, who is on a four-day official visit to the Middle East, was in the city of Bethlehem for a meeting with his Palestinian counterpart, Mahmoud Abbas.

Ahead of their joint news conference, the picture of the Palestinian American reporter who covered the Middle East for more than 25 years, was placed in the front row of seats.

“Shireen Abu Akleh, voice of Palestine” was written underneath the image of the veteran Al Jazeera journalist who was shot dead in mid-May during an Israeli military raid in the West Bank town of Jenin.

Calling for an end to the violence in the region, Biden told the news conference that her death was an “enormous loss.”

“She was an American citizen and a proud Palestinian. She was performing very vital work in an independent media and vital work of democracy,” he said.

Biden resisted calls last month from a group of 24 U.S. senators, all of them Democrats, plus two independents, for “a thorough and transparent investigation under U.S. auspices” into Abu Akleh’s death.

Instead, the president has urged both sides to share evidence with each other. A spokesperson for the White House National Security Council said it expected “full accountability for those responsible” for the death of the 51-year-old.

Biden said Friday that the United States would “continue to assist on a full and transparent accounting of her death.” 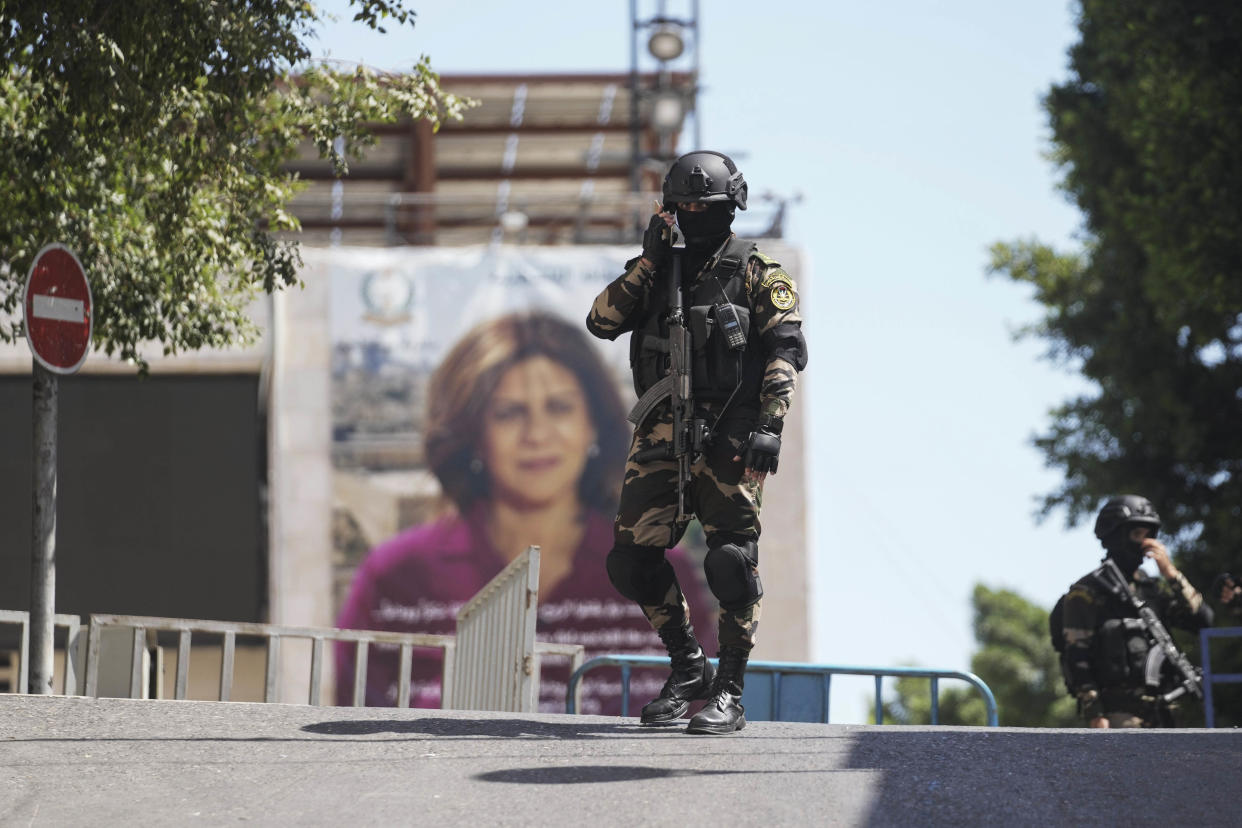 Citing eyewitness accounts of its staff, Al Jazeera has said that Abu Akleh was shot by an Israeli soldier while covering the military raid in Jenin.

An investigation by the United Nations human rights office concluded that the bullet that killed her was fired by Israeli forces, and Palestinian officials have accused Israeli forces of “deliberate murder.”

Israel has denied that any of its forces had “targeted a journalist.”