Wakey wakey! ‘Sleeping Russian soldier gets ultimate wake-up call when Ukrainian drone drops a bomb next to him… sending him running in fear’

None of us like being woken up from an afternoon nap, but few of us have had as rude an awakening as this soldier.

Video claims to show the Russian trooper taking a snooze when a Ukrainian drone hovers over him, filming the encounter.

The soldier’s lie-in is interrupted when the drone drops what appears to be a home-made bomb into the foxhole where the soldier is sleeping.

But miraculously, the soldier seems to survive the explosion, with debris raining down on to him and dust flying into the air.

Most of the shrapnel appears to fly over him, though the blast would likely have left him at least partially deaf. 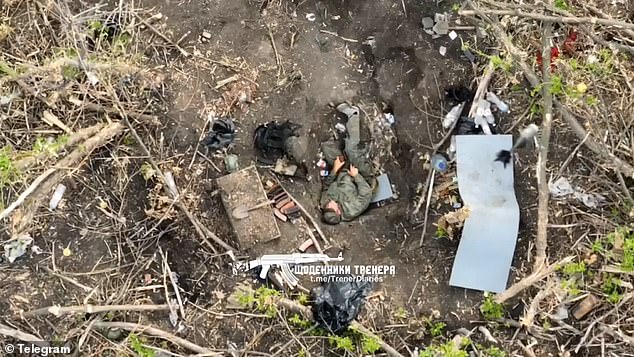 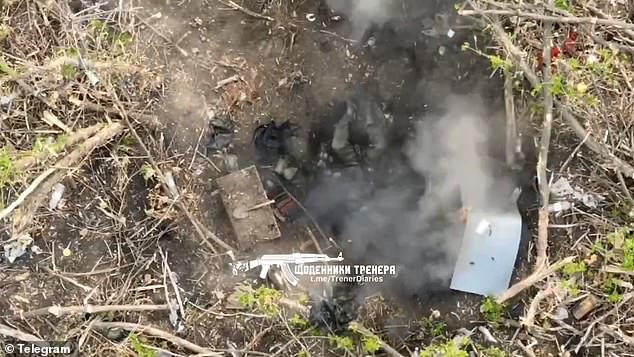 But incredibly, the claimed-to-be Russian soldier appears to survive the explosion The soldier grabs his gun and climbs out the foxhole, but soon thinks better of it and leaves the weapon behind in his panic

Suddenly wide awake, he makes a dash out of the foxhole so fast he leaves his weapon behind.

The drone camera zooms out, showing the mess the explosive has made, but the soldier seems to have disappeared.

‘Still better than default android alarm,’ said one Reddit user, watching an upload of the video which first surfaced on a Telegram channel with a Ukrainian name.

The poster said the footage was from ‘the attack pilots of 128 GShB’, which could suggest that Ukraine’s 128th Mountain Assault Brigade was operating the drone.

The division on its Facebook page also posted footage of them allegedly fighting in the region.

‘Imagine being sleep deprived, hot, sweaty, dirty, hungry, and taking a nap just to get woken up by shrapnel flying at you,’ said a more sympathetic commenter.

‘I hope Russia gets defeated soon and the war ends. No human should have to go through this.’