IT looks like January 6 is going to become some kind of national anti-holiday in the US.

On that date last year, some supporters of Donald Trump stormed the Capitol building in Washington DC. 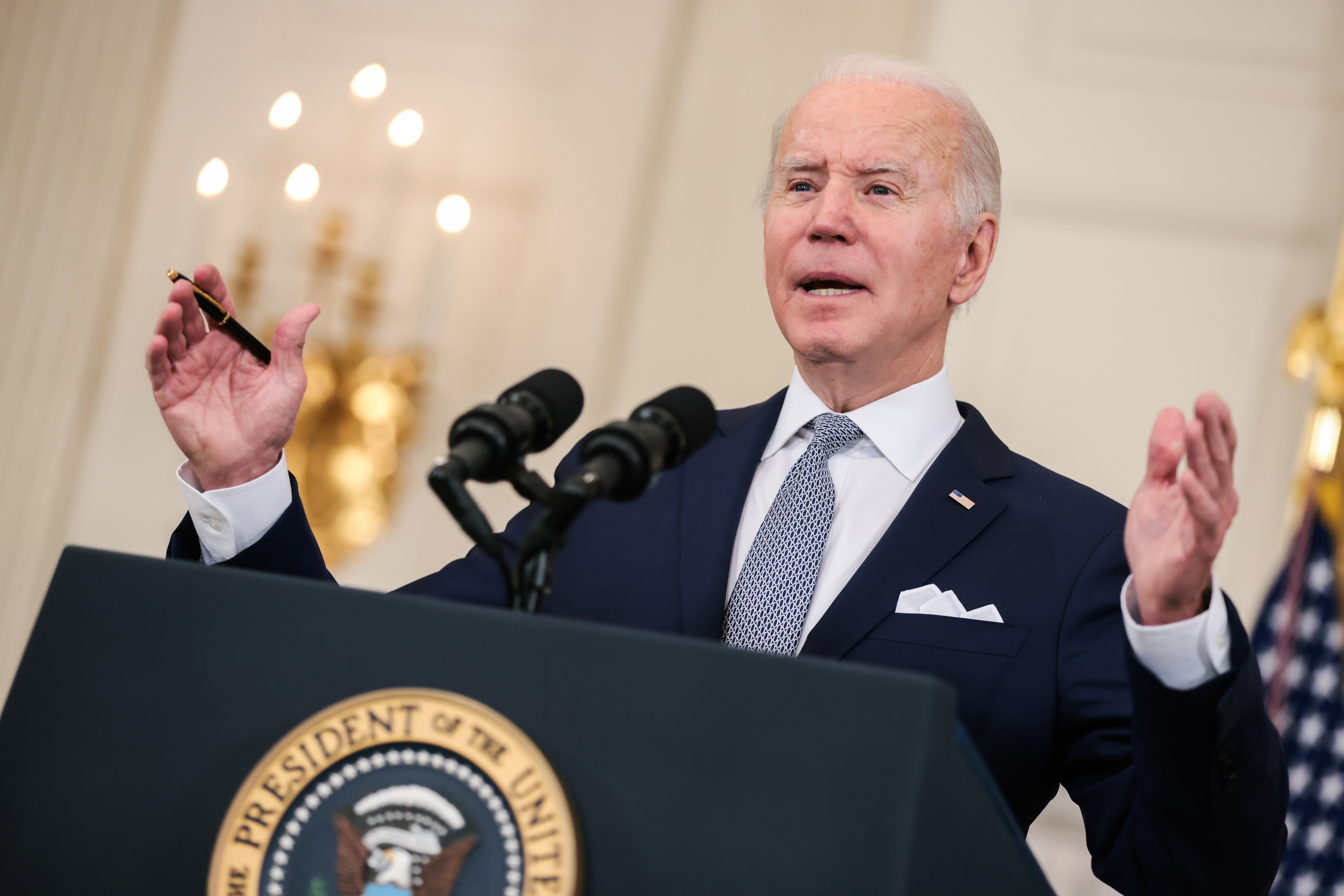 They did so because Trump had spent the months since the presidential election claiming he had in fact won the vote.

This all culminated on January 6 with a last-ditch attempt by him to declare the election win for himself.

He did this by trying to make Vice President Mike Pence and other Republican lawmakers overturn the results of the election.

It was a disgrace. Making a speech to a crowd of his supporters, he urged them to march “peacefully” on to the Capitol.

Not everyone around him was so careful in their language. “Fight!” urged Donald Trump Jr ’s girlfriend Kimberly Guilfoyle.

The resulting mayhem can certainly be put at Trump’s door. But from the moment the chaos at the Capitol began it was clear that his Democrat opponents had their opening.

They called what happened an “insurrection”. An attempted coup.

True, some of the rioters behaved violently.

But many just wandered aimlessly into the building, flying flags and drinking beer.

Hardly intent on overturning the Republic.

Yet it was a gift the Democrats grabbed with both hands — and wow, have they milked it.

On the first anniversary this year, President Joe Biden and Vice President Kamala Harris gave speeches from the Capitol building.

In her remarks, Harris listed the events of January 6, 2021 as a date that would “occupy not only a place on our calendar but a place in our collective memory” alongside Pearl Harbor and September 11, 2001.

For his part, Biden lamented the division that Trump had caused. “You can’t love your country only when you win” he said.

Apparently forgetting that for four years senior Democrats, including 2016 loser Hillary Clinton, pretended that election had been stolen.

Biden was elected to office on the promise he would be a unity candidate. But stunts like those on Thursday are a reminder that he is anything but.

If he wanted to unite America he would not have pretended that half of the country are a mere step away from treasonous, domestic terrorists.

When running for office, Biden said he wanted to bring the country together. But all he has done to date is to pull it further apart.

For instance, Biden famously claimed he would “shut down the virus”, not the economy.

In fact, Biden has completely failed to shut down coronavirus. More Americans have died of Covid under his watch than under Trump. And that is with the vaccine available.

So bad is Biden’s failure that he recently conceded there is not a federal solution to the problem, and that the virus will have to be dealt with on a state-by-state level.

Elsewhere he has tried and failed to pass one of the biggest borrowing packages in American history.

His “build back better” plan would have added trillions of dollars in debt to the already debt-filled US economy.

This was only reined in thanks to two members of Biden’s own party.

What thanks did these two left-wing lawmakers get for trying to stop the US getting into even more debt? Left-wing opinion formers labelled them, too, as “extremists”.

It is like that with every-thing in the US these days, as I have seen first hand.

There is no such thing as a middle ground. There are only two dangerously separated sides.

They have different interpretations of everything that has happened in recent years, including different views over who won which elections.

They view each other not as opponents but as enemies. Biden has not cooled this.He has, like Trump, inflamed it.

To such an extent that he is almost completely kept away from the media, rarely, if ever, answering questions.

If this happened in our country it would not be tolerated.

In fact, it would barely have been tolerated in the Soviet Union back in the day.

But it is clear that Biden cannot keep on top of the challenges facing him or the world. 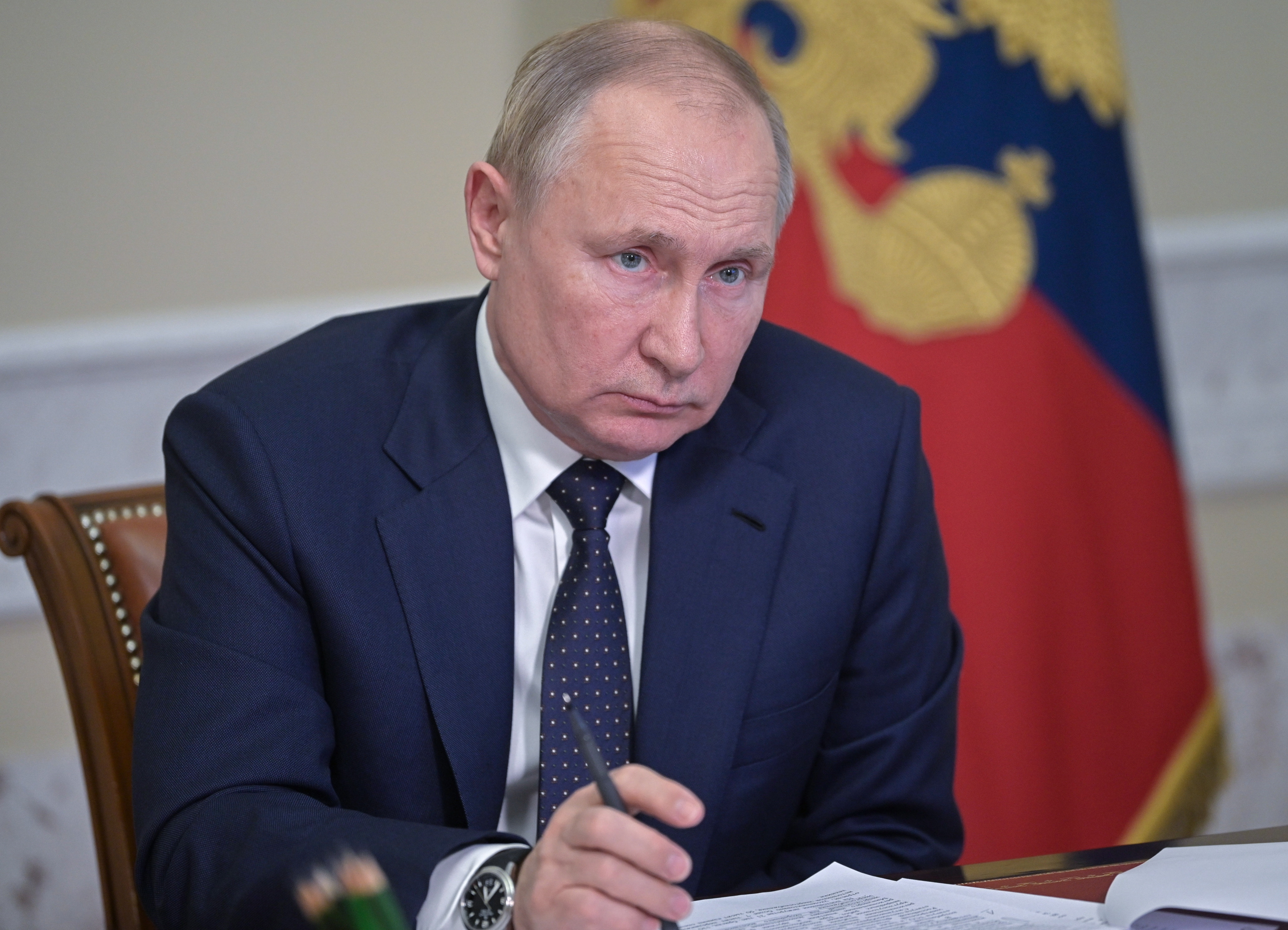 This week it was briefed out that he had a tough call with Russian thug Vladimir Putin about Ukraine.

Biden seems to think that his European allies will step up and defend Ukraine should Putin invade.

But everyone knows the Europeans won’t do this on their own and Biden is in no state to oversee a land war against Russia.

Putin is not stupid. He can spot a hapless President from a mile off. While Biden is in office, Russia’s audacity on the world stage will only increase.

So what can Biden oversee? A bit more division? Certainly. Some more grandstanding, for sure. Even three more years in office?

I wouldn’t be so sure.