Several Met Office snow and ice warnings are in place across the country over the next three days, with freezing temperatures forecast for much of the UK. The mercury fell to the coldest of winter so far on Tuesday night, reaching -12C at Loch Glascarnoch in northern Scotland.

The cold weather is due to a Major Sudden Stratospheric Warming (SSW) which took place today over the Arctic.

Netweather describes a SSW as: “A reversal of the zonal winds from westerly to easterly in the polar stratosphere, driven by the Stratospheric Polar Vortex.”

After a SSW, the polar vortex weakening and a switch to easterly winds can eventually extend down towards the top of the troposphere.

Netweather explains: “This eventually leads to a weakening of the tropospheric jet stream and can be followed by a switch to easterly winds in lower altitudes of the mid-latitudes to bring associated cold conditions over northern Europe and/or North America and these impacts can be long lasting.” 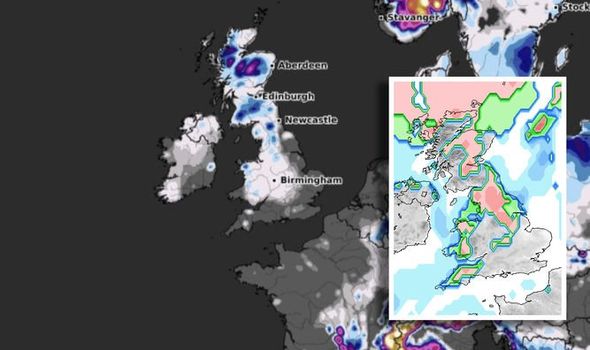 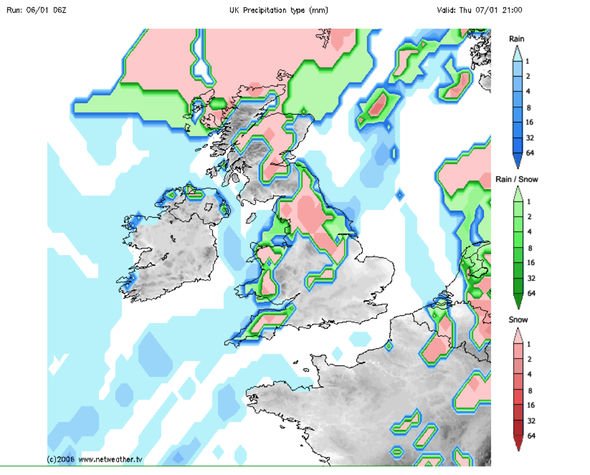 Wintry showers will continue towards the east of England, with a cold front slipping south across the north forecast bring a band of sleet and snow.

Warnings cover nearly the entire UK on Thursday, with snow and ice warnings in place for much of the country.

The Met Office warns of snow Thursday: “A band of sleet and snow will arrive across northwest Scotland on Wednesday afternoon and move southeastwards across most parts of Scotland overnight, clearing southwards on Thursday morning.” 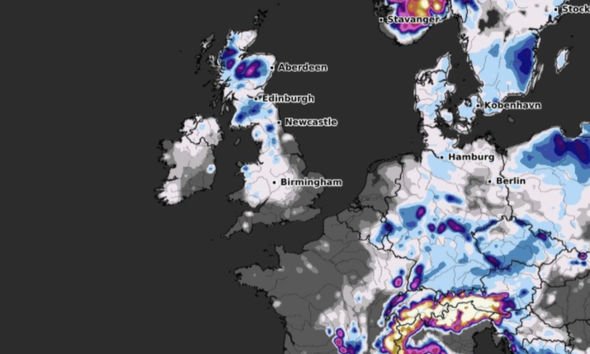 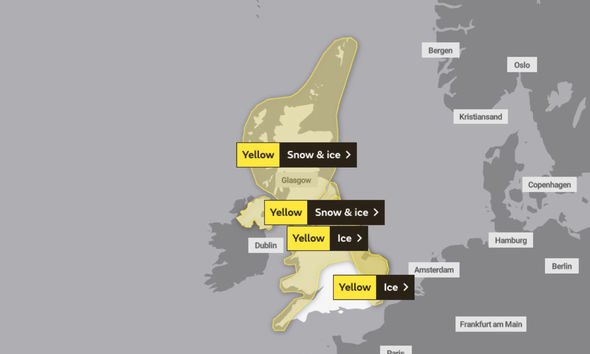 “Rain is more likely around some coasts, and snow may also turn to rain at low levels inland before clearing to leave a risk of ice on untreated surfaces on Thursday morning.

“Following the clearance of the rain, sleet and snow on Thursday morning, much of inland Scotland will be dry for most of the day.

“However, snow showers will then follow into northern Scotland on Thursday, especially during the afternoon and evening.

“A further 2-5 cm is likely at low levels with around 10 cm accumulating above 200 metres.”

One band of snow warnings are in place for Central, Tayside and Fife, Grampian, Highlands and Eilean Siar, Orkney and Shetland, SW Scotland, Lothian Borders and Strathclyde from 3pm today until 11.59pm on Thursday.

Another snow and ice warning is in place from midnight tonight until 9am on Thursday for Northern Ireland.

Snow risk maps from Netweather and WXCharts show thick bands of snow across much of the UK on Thursday.

Met Office spokeswoman Nicola Maxey said: “This cold spell will last certainly this week and into next week, although we should see a little bit of recovering temperatures as we start next week. 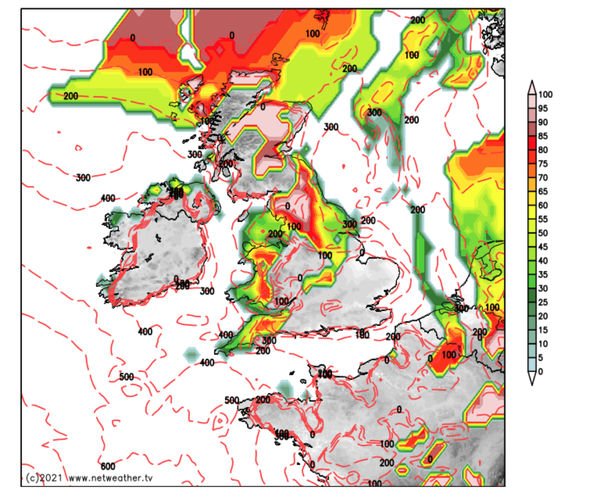 “By the time we get to Friday, we’re starting to see the chance that things might warm up a bit, but we’re still looking at 3C or 4C for London, with isolated areas perhaps seeing 6C.”

And the cold temperatures are down to the SSW which will impact our weather over the next few days.

Of the SSW Professor Adam Scaife – head of long-range prediction at the Met Office – said: “As predicted, atmospheric observations are now showing that the Arctic stratosphere is undergoing a sudden warming event associated with a weakening stratospheric polar vortex.”

Ice warnings are also in place across the UK, as showers, a mixture of rain sleet and snow, are expected to fall onto frozen surfaces leading to icy stretches forming.

The Met Office warns: “A more persistent spell of rain and hill snow is likely to spread south across northern England and north Wales during Thursday evening and night.

“Whilst ice is expected to be the main hazard, snow is likely in place too.

“Snow is most likely to fall over The Pennines, North York Moors and the high ground of Wales, with 1-3 cm possible here.

“Elsewhere, whilst some snowfall is possible, accumulations are likely to be slight and temporary.”